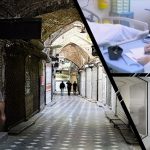 Written by Jennifer Jones-Kelley on March 21, 2020. Posted in NEWS 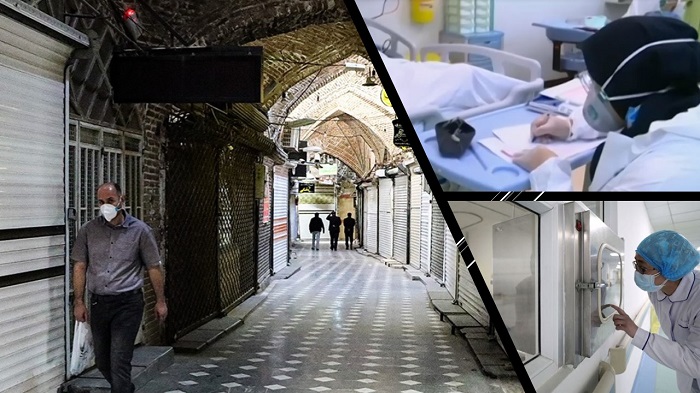 Increasing skepticism over official reporting of COVID-19 statistics to the World Health Organization (WHO) has led to a crisis of confidence that threatens the regime’s stability.

The death toll from the deadly coronavirus in Iran climbed to 8,200 this week, and growing social unrest has left regime officials concerned about another nationwide uprising. Increasing skepticism over official reporting of COVID-19 statistics to the World Health Organization (WHO) has led to a crisis of confidence that threatens the regime’s stability. As a result, regime officials have taken a series of steps to mitigate the damage.

On March 14, state-run media published an analysis from the regime’s Asra think tank that proposed deploying additional military troops to respond to the pandemic. The stated purpose of the armed troops is to enforce social distancing, but the timing of the proposal suggests that the military presence is meant to prevent an uprising. Social unrest has grown as a result of the government’s coverup of the initial outbreak and bungled response to the epidemic.

While #coronavirus kills one person every 3 minutes in #Iran, Ali Khamenei and Hassan Rouhani are downplaying the crisis in their Nowruz messages.https://t.co/xDrbTnu3qG#MEK @USAdarFarsi pic.twitter.com/ecohd2o8il

The analysis acknowledged that Iranians do not trust state-run media and increasingly turn to social media and independent news sources for information. The regime’s coronavirus reporting has been so unreliable that the international community has largely turned to opposition sources, such as the MEK Iran, to provide accurate reporting, often at great personal risk. Anyone who is caught sharing information that conflicts with official data may be sentenced to three years in prison and flogging.

Despite the risks, doctors in some of the hardest-hit hospitals in Iran have spoken with international media about the regime’s underreporting of cases and deaths, with one physician telling Time Magazine that there could be as many as one million cases in Iran right now. Numerous health professionals inside Iran agree that the actual number of infected Iranians is exponentially higher than the numbers reported by the regime.

Regime officials are aware that their official reports are causing suspicion and that it is becoming impossible to cover up the escalating death toll, so Tehran has begun gradually reporting fatalities that more closely align with the numbers confirmed by the MEK Iran. As of March 21, Iran has reported 1.433 deaths due to coronavirus, but the MEK Iran has confirmed more than 8,200. This is a huge disparity but is closer than the reports even a week ago.

On March 17, regime officials announced that millions of Iranians could possibly become infected, a shocking reversal from earlier statements by regime President Hassan Rouhani, who predicted last month that the epidemic would be over by now.

Too Little, Too Late

Supreme Leader Ali Khamenei announced the closure of Iran’s biggest religious shrines to combat the spread of the virus. This decision has been roundly criticized as “too little, too late” by those who begged Khamenei to close shrines a month ago after the first outbreak was reported in the holy city of Qom. Khamenei refused to close its shrine or quarantine the city, even as the virus spread throughout the country and beyond Iran’s borders. At least six countries traced their first cases of COVID-19 to people who had traveled to Iran.

The regime is struggling to recover from its bungled response to the coronavirus pandemic, and it appears that its measures are too little, too late. The regime’s fatal flaw is its untrustworthiness. Unfortunately, the Iranian people are on the receiving end of this flaw. They will not forget, and after the pandemic is past, they will take to the streets again to fight for a free Iran.