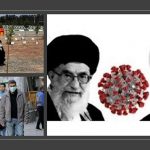 Updates on Coronavirus in Iran 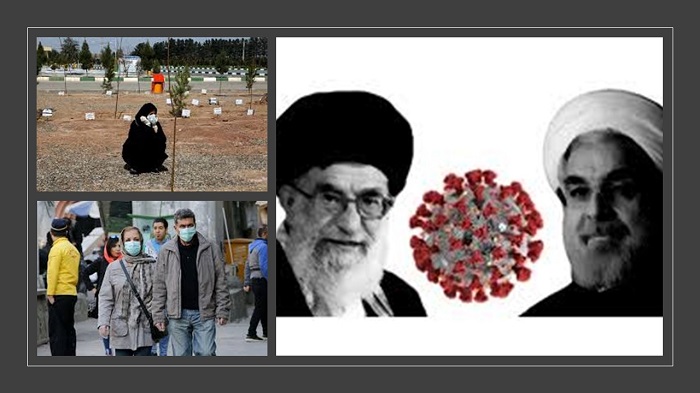 Coronavirus kills one person every 3 minutes in Iran. Ali Khamenei and Hassan Rouhani are downplaying the crisis in their Nowruz messages.

On March 20th, sources of Mujahedin-e Khalq (PMOI/MEK Iran) reported that the coronavirus epidemic is spreading across the country and regime officials are refusing to address the crisis to save the Iranian people. The head of the emergency teams in the Northern Province of Gilan says there is no room for more patients.

According to MEK Iran sources, more than 8,200 people have died on the coronavirus epidemic in 200 cities across Iran. At least 1,300 people have died in the provinces of Tehran, 800 in Khorasan Razavi, 660 in Isfahan, 350 in West Azerbaijan, 240 in Kermanshah and 200 in Fars.

Over 8,200 people across 200 cities in Iran are dead of coronavirus, per Iranian opposition PMOI/MEK.

While due to coronavirus one person dies every 3 minutes in Iran, Ali Khamenei, the Supreme Leader, and Hassan Rouhani, the President of religious dictatorship ruling Iran, downplayed the crisis in their Nowruz messages.

In his message, Khamenei referred to former to terrorist Qassem Soleimani and described his death as the main event of the Iranian calendar year. However, he did not even once mention the coronavirus that has taken the lives of thousands throughout the country.

Rouhani simply said that coronavirus has endangered the people’s health and means to garner their income. However, he immediately followed up these remarks by saying, “Our hospital beds have doubled in numbers during the past six years, our hospital equipment has never been in better conditions!” All the while, conditions in Iran’s hospitals have never been so miserable.

In the meantime, the regime’s former health ministers, and medical professionals call on Rouhani to take action or death toll will rise in Iran on Coronavid19.

Last Thursday five former health ministers, along with 17 medical professors, wrote to Rouhani emphasizing a month after the coronavirus epidemic

“that process of this illness and its consequences continue to be on the rise and there are no decreases witnessed in any part of the country… If this illness is not controlled and an effective solution is not found, we will certainly witness an increase in deaths and damages.”

This letter concludes: “If these suggestions are not respected, we will literally be playing with people’s lives. If a decision is not made, it will result in unrepairable damages and more of our compatriots losing their lives.”

Monopolizing the medical services to the Islamic Revolutionary Guards Corps (IRGC) and the office of Ali Khamenei, and refusing to fairly distribute services and supplies, and the regime’s refusal to provide medical support to the people by tapping the mullahs’ funds, such as the Executive Imam Khomeini Order, Astan Quds Razavi, the Mostazafan Foundation, the Shaheed Foundation and … has resulted in the exponential increase of victims across Iran. Because of the lack of state aid, a majority of the Iranian people, especially the lower-income classes of the society, are forced to go to work and appear in contaminated areas in order to make ends meet.