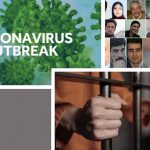 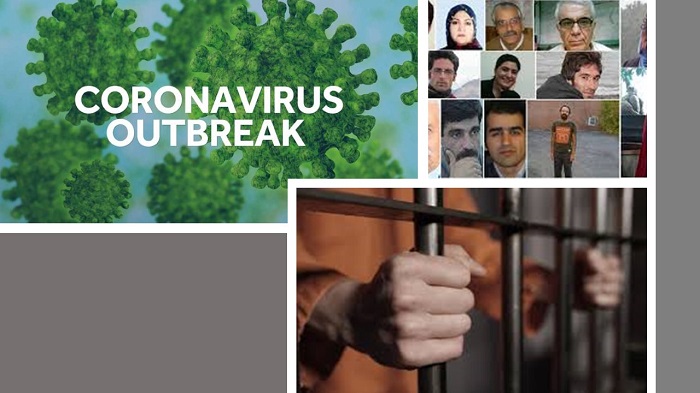 coronavirus outbreak in prisons in Iran

The most recent news emerging from Iran is that Iran’s detention centers and prisons being one of the worst places for a coronavirus outbreak to take place, the inevitable has happened.

This could have been avoided if it hadn’t been for the regime’s criminal negligence to take measures to stop the outbreak. There is more advice coming from around the world suggesting containment measures that could be used to prevent the spread of this virus. Political prisoners instead of being released have lost complete control of their own destiny as all the prisoners being held in the following prisons are being subjected to the virus:

Even the regime’s officials themselves are saying that some of the prisons are full beyond their capacity as washrooms are filled to the brim with prisoners. Basic cleaning essentials such as disinfectants and soap are absent particularly in Ghezelhesar.

In some cases, no one knows the whereabouts of some of those affected by COVAD-19. It is believed that Amirhosein Moradi who is a political prisoner awaiting the death penalty has been sequestered to some unknown place.

In Sheyban prison of Ahwaz, two of the inmates have been allegedly transferred to the prison’s quarantine area but nothing more has been released about their condition. At least one inmate has died in Urumia of coronavirus and five have been taken to medical centers. The regime has done nothing about those infected in the notorious Evin, Kashan and  Ghezelhesar prisons and hasn’t made any attempt to isolate those with COVID-19.

It is not just COVID-19 that has been worrying inmate families but also the availability of the right food, adequate health care facilities, and the unsanitary crowded environments. Javaid Rahman’s special rapporteur on Human Rights has issued a warning that prisoners’ lives are in danger and prisoners should have been released for the time being.

Atena Daemi has been denied access to a lawyer since her conviction in her previous case. She has also been barred from visits since last year and has only been verbally notified. https://t.co/pNAWCGrrml

These political prisoners are protesting against the refusal of the Iranian regime to provide at least the minimum of health facilities and badly needed protection due to the deadly coronavirus crisis. No measures have been put in place to protect prisoners from contracting COVID-19. The regime is unbelievably inhuman with no respect at all for life.

Ebrahim Raisi the Judiciary Chief in the regime has allegedly sent prisoners away on temporary leave. However, this only applies to ordinary prisoners and not the much-despised political prisoner. There was also the directive from the Coronavirus Management Committee in Tehran that suggested some prisoners held in Tehran province should be given leave under specific terms while no new prisoners should be accepted. However, it has been noticed that new prisoners are turning up in prisons.

There is more than one virus in Iran

It is not just COVID-19 that is a virus but the Supreme Leader’s ruling is too. Mrs. Maryam Rajavi, the President-elect of the National Council of Resistance of Iran (NCRI) has pointed out that the regime is committing a crime against humanity because it is not releasing prisoners in this devastating COVID-19 outbreak. She has now said that global intervention is required to prevent the escalating humanitarian crisis in Iran’s prisons and she has alerted the UN Security Council, the Secretary-General, the High Commissioner, the Human Rights Council, and the European Union and its member states to take urgent action to save the lives of prisoners.