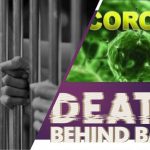 Written by Jennifer Jones-Kelley on March 12, 2020. Posted in NEWS 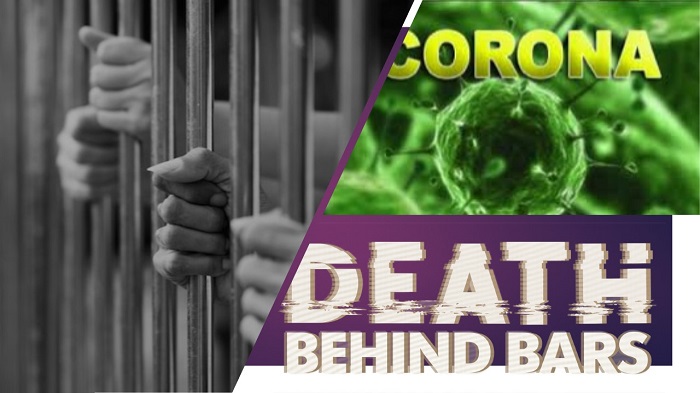 The situation in Iranian prisons is quickly deteriorating as the novel coronavirus continues to spread due to unsanitary conditions and officials’ refusal to take basic measures to safeguard the health of inmates.

Although the regime made loud claims of its humanity when it temporarily released some inmates from its disease-ridden prisons, officials have refused to furlough political prisoners, dual citizens held for false charges, and foreigners who were arbitrarily arrested while visiting Iran. Those who remain in prison are subjected to inhumane treatment and are housed with infected inmates. A number of the 12,000 protesters arrested during the November Uprisings are among those who are still imprisoned, according to MEK Iran sources.

Iranian human rights activists report that some protesters arrested during the November Uprisings are currently being held alongside non-political prisoners infected with COVID-19 in Halls 6, 7, and 8 of Karaj Central Prison. Several of the protesters in Hall 6 have since contracted the virus, and one has died.

An outbreak of COVID-19 in Zahedan Prison has left many inmates sick and others critically ill at Bu Ali Sina and Khatam hospitals.

MEK Iran sources report that another outbreak has taken place in Karaj’s Ghezelhesar Prison. The infected inmates have been quarantined inside the prison, but the prison cannot effectively quarantine a portion of its population without leaving the rest vulnerable to infection. The regime has refused to furlough or transfer the remaining inmates.

Several protesters arrested during the November Uprisings who are currently being held in Tehran’s infamous Evin Prison issued a statement about the crisis in Iran’s prisons. The statement may be read below:

“We are a group of prisoners in Evin Prison arrested during the November nationwide uprising. We express our sympathy with the Iranian people who have been hit by the coronavirus disaster and are once again victims of the inhumane policies of the regime. We remind them that the reason for this situation is the virus that has ruled the country for forty years.

“At the time that because of the coronavirus people are in the worst conditions and are being deprived of minimum international standards, the regime’s suppression and secrecy has turned the virus into a national catastrophe.

“The prisoners are not spared from this disaster and are in critical condition. At the time that prisoners face lack of health masks, disinfectants and medicines in prison, in the past few days some of them have contracted coronavirus and we are witnessing prison doctors deliberately refusing to diagnose prisoners with coronavirus symptoms. Despite sending prisoners to the prison clinic and long delays, on various pretexts they are eventually returned to prison without examination and prescriptions. Prison officials are refusing even families to give medicines to prisoners.

“We ask the World Health Organization (WHO) and international human rights institutions to visit the situation in prisons and to act to save the lives of the prisoners and avoid a humanitarian disaster.”

Mrs. Maryam Rajavi, President-elect of the National Council of Resistance of Iran (NCRI), also made a statement about the COVID-19 epidemic in Iran’s prisons.

“The true dimensions of the clerical regime’s ruthlessness and crimes can best be seen in abandoning hundreds of thousands of prisoners who are defenseless against this virus.”

Mrs. Rajavi further called on the United Nations Security Council, the UN Secretary-General, the UN Human Rights Council, the High Commissioner for Human Rights, and other organizations to condemn the Iranian regime for covering up the extent of the coronavirus epidemic in Iran. She stressed that this criminal coverup has endangered the lives of people in Iran and countries around the world.

She asked international bodies to take immediate action to prevent a humanitarian disaster by taking urgent action to save the lives of Iranian prisoners, noting that political prisoners already face torture and are particularly vulnerable in this situation.