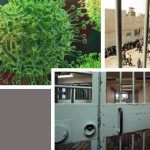 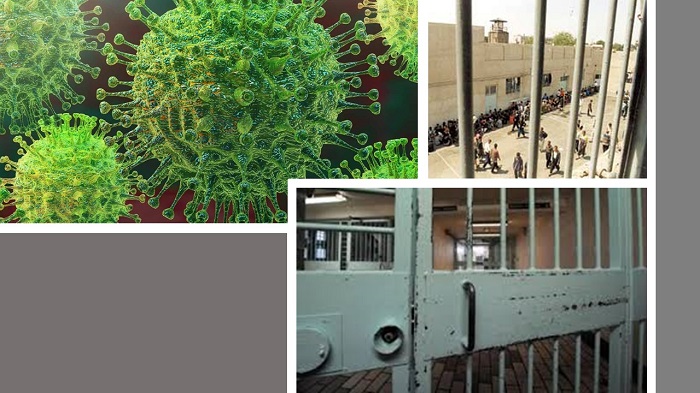 Many political prisoners that were arrested during the November 2019 uprising and are currently being held in halls 6, 7 and 9 of the central prison in Karaj are residing alongside ordinary prisoners that have contracted COVID-19.

The Coronavirus outbreak is continuing to spread across Iran and the latest concerns are regarding political prisoners.

Many political prisoners that were arrested during the November 2019 uprising and are currently being held in halls 6, 7 and 9 of the central prison in Karaj are residing alongside ordinary prisoners that have contracted COVID-19. In hall 6 of the prison, one Iranian has already died from the virus.

The same situation is happening in Zahedan Prison. A few people have been transferred to hospitals, namely Khatam and Bu Ali Sina.

Other reports indicate that there are a number of patients with COVID-19 in Ghezelhesar Prison in Karaj. They have apparently been removed from the main wards and are currently in quarantine. Other prisoners have not been allowed temporary leave from the prison, meaning that many loved ones are anxious about the conditions their relatives are being kept in.

Prisoners in the notorious Evin Prison in the country’s capital have written a statement regarding the conditions they are facing. The prisoners were also arrested during the November 2019 uprising. They expressed solidarity with the people across the country that have contracted the illness, highlighting that the situation has come about because of the regime’s “inhumane policies”.

“We remind that the reason for this situation is the virus that has ruled the country for forty years.”

The political prisoners said that the regime is denying the people of “minimum international standards” and that people across the country are suffering in the worst conditions. Many prisoners are in a critical condition and they are not given basic supplies that would make a huge difference, including medication, face masks and disinfectants. Many of the suspected cases have not been reviewed, the prisoners are not being examined and they remain amongst other prisoners.

The political prisoners in Evin Prison called on the World Health Organization (WHO) and international human rights organizations to take urgent action to assess the situation in Iran, especially with regards to the conditions in prisons. They said:

“We ask the World Health Organization (WHO) and International human rights institutions to visit the situation in prisons and to act for saving the life of the prisoners and avoid a humanitarian disaster.”

The National Council of Resistance of Iran (NCRI) has been calling on the relevant organizations, including the United Nations Security Council, the Secretary-General, the Human Rights Council and the High Commissioner for Human Rights to take action to stop the regime from being allowed to cover-up the Coronavirus outbreak.

The Iranian regime has failed to keep the people of Iran safe, and it has let down nurses, doctors and health workers that are risking their lives to save others. Governments across the world have been taking action to prevent the spread of Coronavirus across their countries, but the government in Iran has spent more time trying to cover up reality.

This negligence is criminal and the regime must be held accountable.