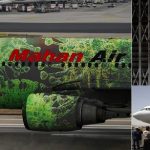 MEK Iran: The IRGC’s Role in the Coronavirus Epidemic in Iran

Written by Esmail Mohades on March 6, 2020. Posted in NEWS

Iran’s Mahan Airways, owned by the Islamic Revolutionary Guards Corps (IRGC), ignored the threat and continued its normal schedule of flights to and from China, leading to public outrage. The airline acknowledged the flights in an Instagram post in early February after facing pressure to explain itself.

The spread of COVID-19 throughout Iran has led to questions about the source of the outbreak. Other countries affected by the virus have been able to trace its origin through travel records and exposure to infected patients. However, the Iranian regime’s decision to conceal the outbreak for several weeks, along with its refusal to suspend flights to and from China, has made this impossible. The combination of greed and corruption have led to a nationwide health emergency that threatens the wellbeing of every citizen in Iran. 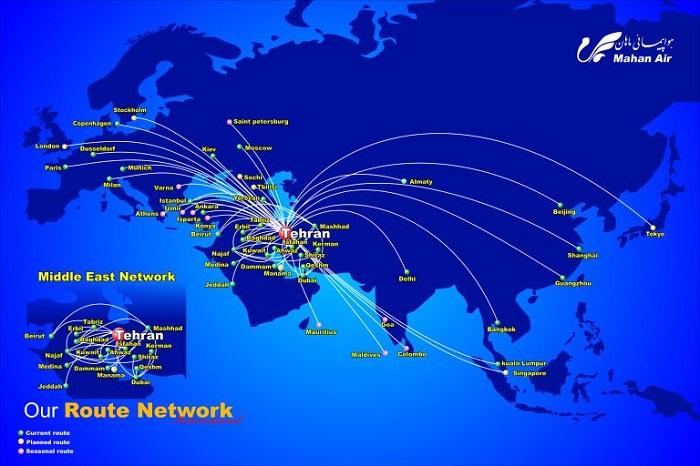 When the novel Coronavirus outbreak in China was first reported, the international community quickly mobilized to limit the spread of the deadly and highly contagious disease from beyond China’s borders. Numerous airlines halted flights to China, and several countries enacted travel bans.

Iran’s Mahan Airways, owned by the Islamic Revolutionary Guards Corps (IRGC), ignored the threat and continued its normal schedule of flights to and from China, leading to public outrage. The airline acknowledged the flights in an Instagram post in early February after facing pressure to explain itself.

On February 9, 2020, the state-run IRNA news agency wrote: “Mahan Airways has confirmed four cargo flights to Shanghai and Beijing and also five-passenger flights after China flights were ordered to stop. Now it has stated that the company has no scheduled flight to China, and possible flights to China are based on a civil aviation license.”

Bahram Parsaei, a member of Majlis (the regime’s Parliament) questioned the wisdom of allowing continued flights to China, suggesting that the decision to do so would lead to an epidemic of COVID-19 in Iran.

In a February interview with the ISNA news agency, he said: “After the outbreak of the coronavirus, the World Health Organization had announced an urgent situation for the whole world, and we were witnessing the management of the issue around the world. But unfortunately, by any inexcusable reason, the flights of an Iranian airline to China continued and even the passengers of other countries were displaced with this Iranian airline. The warnings were not taken seriously and the negligence is very clear.

“The profit-seeking of an internal airline or wrong policies of the Aviation Organization and also not taking seriously the World Health Organization warnings was the cause of the coronavirus outbreak in Iran. Considering that no cases were reported from neighboring countries, we can conclude that the virus entered the country through external flights,” Parsaei added.

The Iranian regime finally acknowledged its first case of COVID-19 on February 19th, several weeks after it had become widespread (the MEK reported on the suspected coverup of the virus nearly two weeks before the first case was recorded), but as recently as February 23, 2020, the government still refused to step in and shut down flights to China.

On February 23, 2020, the Chinese ambassador to Tehran tweeted: “In a meeting with Arabnejad the Director-General of Mahan Airlines, he said they are willing to continue cooperation with China.”

Mohammad Hossein Ghorbani, Vice President of Majlis Health and Treatment Commission, said that Mahan Air was warned to ground its flights, but he qualified his remark by adding that the airline is a private company and did not want to suffer financial losses.

The regime also shipped domestically produced hospital masks to China to help with its outbreak, according to a recent article in the New York Times. While other countries were “quietly stockpiling” masks and other supplies, Tehran bragged about sending supplies to China, even after regime officials became aware that the virus had reached Iran’s borders and was rapidly spreading. As a result, there is a massive shortage of masks and other medical supplies and equipment for Iran’s own citizens.

At every step, the regime has placed profit and political expediency over the health and well-being of its people. Not a single decision has been made with the Iranian people in mind. The mullahs have repeatedly told state-run media that the MEK is making up or exaggerating its reporting of the Coronavirus, but the people in Iran can see with their own eyes what is true. People outside of Iran can look at the faulty numbers coming from Iran and see that the regime is lying. Infectious disease specialists all agree that the regime is concealing the extent of the epidemic in Iran, and health officials are concerned that the secrecy involved in reporting the epidemic, along with the profound mistrust of the regime by the Iranian people, will worsen an already dire situation.

The #Coronavirus outbreak in #Iran is more than a public health #emergency; it is a flagrant and continuing series of #humanrights abuses. https://t.co/Mn9Hkgd4kI#MEK #COVID19 @USAdarFarsi pic.twitter.com/ciiRGWkWHp