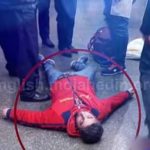 Written by Jennifer Jones-Kelley on March 5, 2020. Posted in NEWS 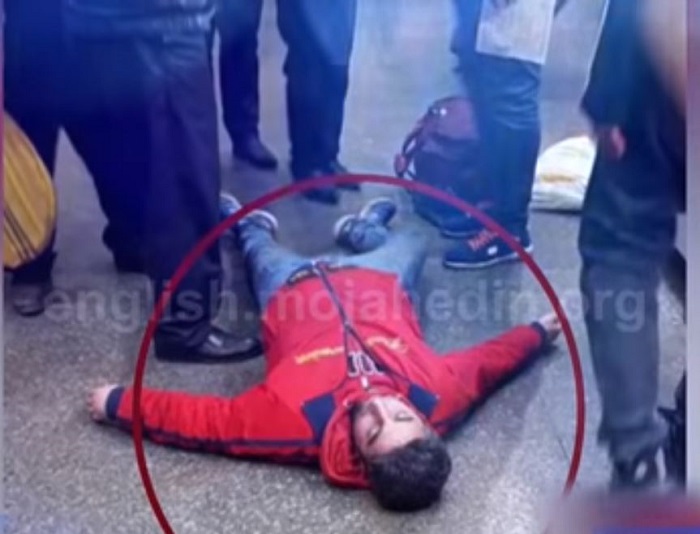 The MEK announced on Thursday that more than 1,500 people have died from COVID-19, the disease caused by the Coronavirus. Social media users in Iran have shared videos of Coronavirus victims passing out in streets and buildings after being denied proper testing and treatment for the rapidly-spreading disease.

While the regime claims that 102 people have died from COVID-19 in Iran and refuses to report any critical cases to world health authorities, MEK reports and social media posts from inside the country tell a different story.

The MEK announced on Thursday that more than 1,500 people have died from COVID-19, the disease caused by the Coronavirus. Social media users in Iran have shared videos of Coronavirus victims passing out in streets and buildings after being denied proper testing and treatment for the rapidly-spreading disease.

How Did it Get to this Point?

Regime officials were aware of an outbreak of COVID-19 in the city of Qom for weeks but covered up the infections, even as dozens began to die. Why would a nation’s government conceal a deadly outbreak of a highly contagious disease? The answer lies in the government’s flagging support within Iran.

#Breaking: 03/02/20, Voice: This the washroom for Behesht-e Masoumeh cemetery in #Qom. Bodies of #COVIDー19 victims ready for burial. Some waiting for days, but not enough time to bury them. May God help us! Regime continues to lie. #MEK says 1,000+ @NCRIUS @AP @AFP @FoxNews pic.twitter.com/mpccwj2O3O

The regime is struggling to maintain an air of legitimacy after the uprisings in November and January and had hoped to draw large crowds to celebrate the anniversary of the 1979 Revolution. Perhaps more importantly, a call by the MEK and National Council of Resistance of Iran (NCRI) to boycott the February Majlis (parliamentary) elections threatened to undermine the appearance of public support for the ruling regime. News of the Coronavirus outbreak would further hinder voter participation.

When regime officials finally acknowledged the outbreak, the window for containment had closed, and the secrecy involved in the coverup meant that needed supplies and equipment were not available. The government is now continuing to undercount cases to avoid culpability for allowing the disease to spread throughout the country and across international borders.

As for the elections, voter turnout in the 2020 Majlis elections was the lowest in the history of the Islamic Republic.

Who Gets Tested and Treated?

Now that COVID-19 is widespread, a clear division has emerged between those the regime seems worthy of saving and those it does not. For example, Supreme Leader Ali Khamenei and all other high-ranking regime officials have been tested for COVID-19, whether or not they have shown symptoms. The offices of regime officials have been closed to better protect them from the spread of the virus.

People’s lives, health and safety is worthless to the clerical regime. All they care about is preserving their disgraceful rule #CoronaOutbreak #Covid_19 #Iranhttps://t.co/KTuMXv8YHL pic.twitter.com/RF43SoSDja

On March 1, 2020, the state-run Rokna news agency wrote that two reporters were arrested after claiming that a special team traveled to regime Vice President Masoumeh Ebtekar to administer COVID-19 tests to her and her family. “Critics have claimed that a specialist team applied special coronavirus tests to the Vice President at her home and she is also cared for in special circumstances. A fully equipped team from Masih Daneshvari Hospital has gone to Ebtekar’s home to test her and her whole family for coronavirus,” the newspaper wrote.

Who Doesn’t Get Tested and Treated?

The regime, of course, denies that it has given preferential treatment to high-ranking officials, It denies that ordinary Iranians are sick at all.

On March 1, 2020, state news discussed the disturbing videos and news being shared on social media. Emadi Kouchak, the head of Khomeini Hospital Infectious Diseases Department was quoted as saying: “Most of it is lies, in fact, much of it is not true, and they create a lot of atmospheres.”

He was also asked by reporters to comment on videos of people passing out in public. “The reason that people suddenly fall has nothing to do with coronavirus, these people faint and this can happen to everyone during the day and we must not attribute all of it to coronavirus.”

It is no wonder that the Iranian people do not trust the regime.

The Coronavirus outbreak in Iran is more than a public health emergency; it is a flagrant and continuing series of human rights abuses. The regime ignored an outbreak they knew to be both deadly and highly contagious for weeks in order to further a political agenda, causing dozens of deaths and setting a nationwide epidemic into motion. Now that the virus is widespread, the government is neglecting to treat the citizens that are endangered. The continued abuse of the Iranian people is criminal, and the United Nations must take action to hold the regime accountable.

#Iran's mullahs are liars & have duped the world for past 4 decades on D nuclear issue. But now they're putting their 80 million citizens at risk & in so doing, are endangering the international community from the spread of #Coronavirus#COVID19https://t.co/oUeCsav3lS