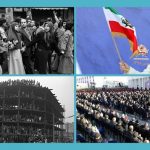 Maryam Rajavi: The Revolution Was Not in Vain – Part I

Written by Amineh Qaraee on February 12, 2020. Posted in NEWS 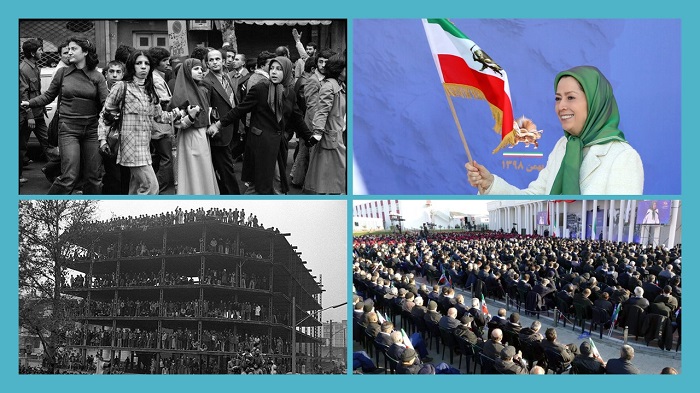 Mrs. Maryam Rajavi delivers a speech commemorating the anniversary of the February 11, 1979, Revolution in Iran and the February 8, 1982 martyrdom of MEK members who protested against Khomeini’s rule- Ashraf 3, Albania

Maryam Rajavi, President-elect of the National Council of Resistance of Iran (NCRI), delivered a speech commemorating the anniversary of the February 11, 1979, anti-monarchic Revolution in Iran and the February 8, 1982 martyrdom of MEK Iran members who protested against Khomeini’s rule. She also took the time to honor the eight MEK members who were killed in a deadly missile attack on Camp Liberty in Iraq on February 9, 2013.

Mrs. Rajavi spoke of the resolve of the Iranian people, who “have been suppressed and massacred a thousand times, but..have risen up from the ashes a thousand times more,” stressing that the final day of the clerical regime is near.

Many elections, and all of the sham elections over the past forty years have been marred by vote rigging and multiplying the results. But, the core issue behind such fraudulent and sham elections is to hide the fact that the people’s sovereignty has been stolen. #Iran pic.twitter.com/ShgmjeKhd1

She praised the pioneers who paved the way for the 1979 Revolution, including Hanifnejad, Mohsen, Badizadegan, Ahmadzadeh, Pouyan, Jazani, and Hamid Ashraf.

The Theft of the Revolution

Mrs. Rajavi went on to ponder the question of how Khomeini managed to steal the 1979 Revolution from the Iranian people. She posited that the revolt was the evolution of a movement that began with the Constitutional Revolution in 1906. “That popular revolution (in 1979) was the result of the numerous sacrifices and suffering endured by the MEK Iran and other activists who were martyred in the fields of battle or in the torture chambers of the Shah’s dictatorship or Reza Shah, said Mrs. Rajavi.

Rajavi explained that Khomeini was descended from a line of tyrants that included Sheikh Fazlollah Nouri and mullah Abolqassem Kashani and had not endured any of the pain and suffering that created the Revolution, nor did they have any interest in freedom or democracy.

“If he had even the most minuscule degree of sympathy with the essence of the revolution and the democratic demands of the leaders of the uprising, he would not have destroyed the edifice of the revolution over the heads of revolutionaries as soon as he established his rule,” Mrs. Rajavi stressed.

She went on to note that if Khomeini had allowed the Revolution to proceed naturally and not suppressed the MEK Iran, “Iran would have obtained sustainable freedom and democracy despite all the ebbs and flows.”

“Many of those executed by the clerical regime in the 1980s and during the massacre of 1988 were the same passionate youth who inspired and organized the uprisings before the revolution in 1978 and 1979,” Mrs. Rajavi added.

Finally, Mrs. Rajavi underlined the fact that Khomeini was able to steal the Revolution in part due to “reactionary thought and class dispositions within Iranian society.”

Mrs. Rajavi emphasized that the mullahs collaborated with the Shah and his SAVAK (secret police) when he was in power and noted that the remnants of the Shah’s regime have allied themselves with the mullahs’ Revolutionary Guards (IRGC).

“For their part, the mullahs go to great lengths to propagate monarchist social media propaganda and the fantasy of the Shah’s remnants aspiring to return Iran to the past. They do this to defy the prospect of a free and democratic future,” she added.

Mrs. Rajavi assured they Iranian people that this could not happen, saying, “It is common knowledge that the return of the monarchist fascism, which was overthrown by a widespread revolution and with chants of ‘Death to the Shah’ by millions of Iranians, is impossible. Even in Afghanistan and Iraq, where monarchies were not overthrown by revolution but through coup d’état, monarchy did not have the slightest chance of making a comeback, despite the favorable disposition of foreign powers.”

“[T]he great revolution of 1979 and all of the suffering and torture endured by the Iranian people, has not disappeared nor has it been burnt into ashes. Not a single drop of blood that was spilled on the ground in order to make that revolution into reality has been in vain or wasted. Rather, as Massoud (Rajavi) has said, ‘It ascended to the sky, became denser, and descended again as the dew of awareness on the Iranian people so that they could distinguish between right and wrong.’”

But, she asked, did this awareness arrive spontaneously? How was it that the Iranian people responded to reactionary ideology and theocracy with resistance?

“How was it that after the establishment of Khomeini’s rule, marred by all its suppression and deception, Iran became the flower garden of struggle and uprising instead of the salt marsh of despair? How was it that Iran’s political and social environment did not mirror the years following the August 1953 coup (against Mossadeq)?” she queried.

“Under this assumption, it is not clear if, fundamentally, we – each and every one of us and our people – bear any role, responsibility or duty,” she acknowledged. “But, if we dispense with romantic interpretations and childish expectations, then it would become clear that … due to concrete historical, social, and class reasons, a great threat exists, and each individual, each group and each movement, consistent with their method of confrontation and addressing that threat, acquires its role as well as its value; some surrender, some cooperate, some retreat, some feel they are owed something, some weep, moan and complain, and others rise up, wage a resistance and struggle against that threat,” Mrs. Rajavi emphasized.