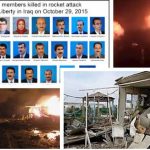 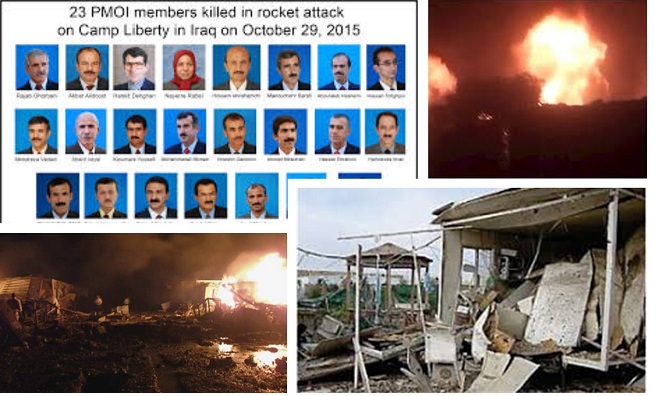 Early on the morning of 9th February 2013, a missile attack killed eight of the Camp Liberty residents and injured more than a hundred. The missile attack was ordered by the Supreme Leader of the Iranian regime Ali Khamenei. Brigadier General Abdolreza Shahlai of the notorious Islamic Revolutionary Guard Corps (IRGC) was one of the main coordinators of the attack.

Anniversary of the first missile attack on the MEK in Camp Liberty, Iraq#Iranhttps://t.co/iHBXWBzM6v

The dissidents were supposed to be safe in Camp Liberty. They were only supposed to be there temporarily while they were found alternative safe homes across Europe or North America.

The last attack on the PMOI / MEK at Camp Liberty was in July 2016. Dozens of people were injured. Between the years of 2013 and 2016, there were five deadly rocket attacks in total. No one has been held accountable for these, but it is widely known that the Iranian regime was responsible. The IRGC’s Quds Force arranged the attack and coordinated it with the help of local mercenaries in Iraq.

The PMOI / MEK has discovered that the materials used to carry out the attacks, the mortars, rockets, and the personnel, were transported in official Iraqi police vehicles and other interior ministry vehicles. Furthermore, because of the proximity to the country’s biggest international airport, it would have been impossible for the attacks to be carried out without the help of Iraq security forces and government officials.

The attacks on Iranian dissidents living in Camp Liberty have been denounced by officials and human rights organizations across the world. The leader of the National Council of Resistance of Iran (NCRI), Mrs. Maryam Rajavi, has always paid tribute to the martyrs that lost their lives through these state-sponsored attacks and has repeatedly called for justice. She reminded the international community that it should feel obliged to protect the Iranian dissidents in Iraq.

Thankfully every single resident of Camp Liberty has been transferred to the safety of another country, but the regime’s relentless attacks on the PMOI / MEK Iran show just how much of a threat its opposition poses.

These PMOI / MEK Iran martyrs have played a massive role in moving the resistance movement forwards. The many thousands of martyrs that have paved the way are always remembered by those currently fighting for freedom in Iran.