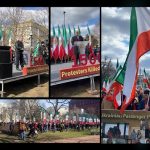 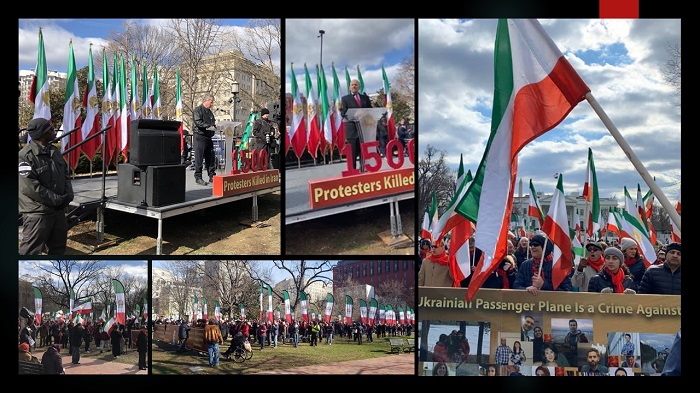 The Washington Examiner reported that hundreds of demonstrators joined forces close to the White House to raise people’s awareness for dissidents who are behind bars in Iran and to draw attention to the importance of the death of Qassem Soleimani, an Iranian terrorist commander.

The gathering of several hundred people took place on Saturday in Lafayette Park in Washington, D.C. It was a demonstration organized by those opposed to the government of Iranian leader Ayatollah Ali Khamenei. This event happens to be taking place a month after the drone strike by the United States that killed Soleimani.

The demonstrators who took part showed that they supported the Mujahedin-e Khalq (PMOI/ MEK), which is currently the most significant resistance group actively working to bring about the toppling of the Iranian regime.

The Washington Examiner reported that the senior anti-terrorism and force protection officer for coalition forces in Iraq, Retired Col. Wesley Martin, spoke at the demonstration and stressed the strategic importance of the demise of Soleimani. He also alluded to the plight of protesters in Iran following the death of hundreds recently. While making his speech he marked the number of protesters who had been killed by displaying the number 1500. Martin was quick to emphasize the “extreme brutality” used by security forces and the Islamic Revolutionary Guard Corps in suppressing demonstrations.

'Khamenei and his regime are going down': Hundreds rally near White House in opposition to Iranian government https://t.co/Jg3EcBuVtk

Martin made reference to the fact that for several decades Soleimani moved freely throughout the Middle East and was granted immunity from being accountable. As the leader of a state terrorist organization, it is unlikely he expected to be struck down by a drone strike. The protestors were quick to react to Martin’s words with a resounding round of applause.

As a result of the killing, Iran was quick to launch missiles at Iraqi bases which were temporary homes for American troops. After the attack, Iran shot down a Ukrainian airliner accidentally causing the loss of life of all 176 onboard the flight. To begin with, the regime withheld the truth and said the airplane came down due to a mechanical failure but not long after admitted responsibility for the downing.

Former Texan Republican, Rep. Ted Poe, told the Washington Examiner that “the world is safer” because Soleimani, who was considered responsible for the death of hundreds of American troops, was now dead. The retired congressman was reported by the Examiner as saying that the U.S. government should expand its sanctions against the Iranian regime and those businesses that continued to deal with Iran.

Joining the #Iranians outside the White House is former Congressman Ted Poepic.twitter.com/0E3iNjQFcn

The demonstration was also attended by the son of MEK member, Ali Ashgar Emadi, Amir Emadi. Amir Emadis’ father was killed by the Iraqi militia under the orders of Soleimani in 2013.

Amir Emadi had been sent to the U.S. by his father because of the bloodshed and very real danger to his family while in exile in Iraq. Emadi told the Examiner that “a lot of parents made the ultimate sacrifice.”

Emani echoed Wesley Martin’s belief that the regime would soon be brought down.