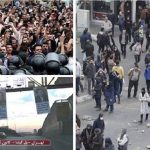 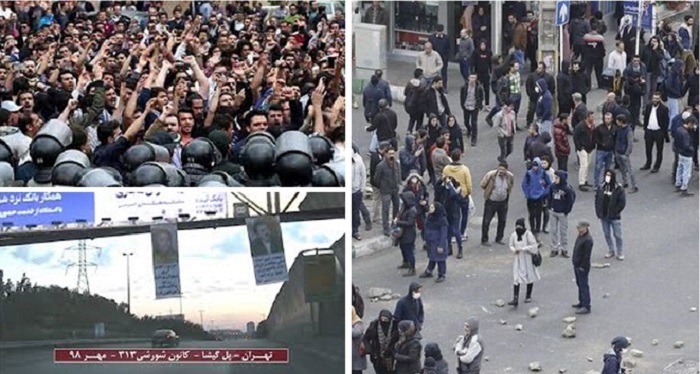 The Mullahs’ regime is facing multiple crises in Iran

Millions of Iranians took to the streets during the nationwide uprising last November and, despite the regime’s ruthless crackdown that killed 1500 people, the protests are continuing as people mourn their dead.

During those initial protests, 4,000 were wounded and there are now reports that 20,000 were arrested. Those arrested are being tortured, denied medical treatment, and facing the death penalty. As more information leaks out, more people are getting angry, more people are ready to protest.

Struan Stevenson, the coordinator of the Campaign for Iran Change, wrote: “Iran is a powder keg of unrest. The slightest spark will ignite a revolution, which will drive the theocratic regime from office and restore freedom to Iran’s 80 million enraged citizens. It is the lull before the inevitable storm.”

The regime knows that it will inevitably be overthrown, which is why their infighting has increased. They are blaming each other for the various crises they are facing and the crimes they have committed, even when they are all as guilty as one another. Some Western media and governments portray President Hassan Rouhani as a “moderate”, compared with “hardliner” Supreme Leader Ali Khamenei, but as the Iranian people make clear in their chants, there is no difference between the two.

As we approach the parliamentary elections in Iran, Khamenei’s Guardian Council has all but wiped out Rouhani’s faction during the vetting of candidates, because Khamenei thinks he can get a stay of execution for the regime, if he is in sole control. Meanwhile, Rouhani talks of a rigged voting system, as if the Iranian people were not perfectly aware that they do not live in a democracy

Then, Foreign Minister Javad Zarif tried to get the US to lift sanctions on Iran, by promising to negotiate if they did. (A stance he was forced to walk back after other Iranian politicians hit back.)

But the US wasn’t going to do that anyway. They support the Iranian people and condemn the regime’s crackdown on legitimate protests

House Resolution 752 has been passed by the US House of Representatives; condemning the #Iran regime and drawing attention to the regime’s terrorist activities across the Middle East and beyond. The vote was unanimous.https://t.co/Vhevas6JqP#IranProtests #MEK @USAdarFarsi pic.twitter.com/I1tUjWUWb1

Stevenson, a former member of the European Parliament representing Scotland and chairman of the Friends of a Free Iran Intergroup, wrote: “The twin pillars that have propped up the Iranian regime are violent oppression at home and the export of terror abroad. Those pillars are crumbling. A new revolution is coming, and the brave PMOI/MEK Iran resistance units who planned and abetted the recent uprising are preparing the ground for the theocratic regime’s overthrow.”