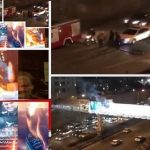 Written by Amineh Qaraee on January 26, 2020. Posted in NEWS 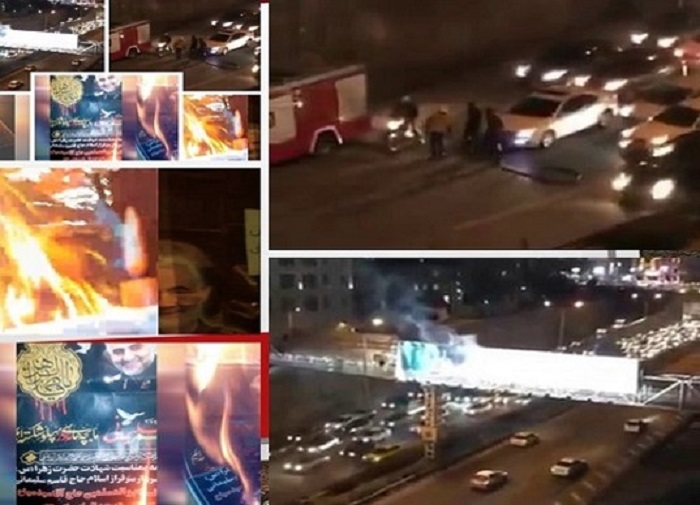 Torching symbols of the regime

Last evening, Saturday 25th, defiant youth, supporters of the Mujahedin-e Khalq (PMOI/MEK Iran) torched a large poster of the eliminated commander of the IRGC terrorist Quds Force, Qassem Soleimai on Niayesh Expressway, north of the capital. The flame was so extensive that the Iranian regime had to deploy a fire engine to the scene. 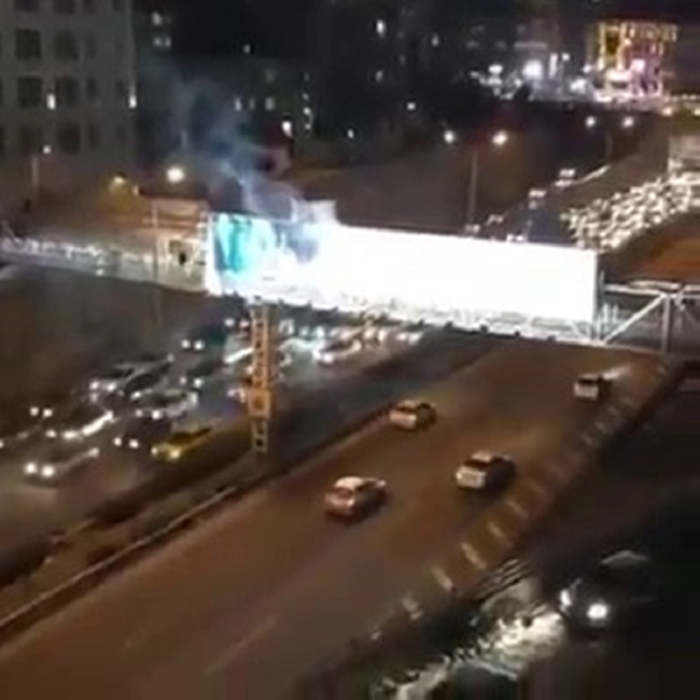 Setting fire to the symbols of religious dictatorship by the defiant youth is accelerating particularly after the recent uprising in Iran.

In another event, yesterday morning, Iranian youth torched pictures of the regime’s supreme leader Ali Khamenei and the eliminated terror master Soleimani in different parts of Tehran and other Iranian cities, including, Karaj, Tabriz, Ardebil, Iranshahr, Neishabour, and Khoy.

The MEK Iran has identified 724 of more than 1500 killed during the recent Iranian uprising against the religious dictatorship ruling Iran.

Mrs. Maryam Rajavi the President-elect of the National Council of Resistance of Iran (NCRI), repeatedly, has called on the United Nations to urgently send an international fact-finding mission to Iranian prisons to meet with the arrested in recent Iran uprising.

Names of 20 More Martyrs of the Nationwide Uprising https://t.co/lYXWKtpP1b#FreeIran2020#StopIranBloodshed#FreeAllProtesters

MEK Iran has highlighted the followings information about the uprising:

Initiating court cases in Canada, some of the families of the passengers onboard the Ukrainian airliner that was shot down by the Iranian regime’s IRGC cried for justice.

A Facebook post belonging to one of the victims’ relatives wrote that he and a dozen of the families of the victims of the Ukrainian plane will be suing Ali Khamenei, the Iranian Regime’s Supreme Leader and the IRGC for the terrorist act. The families have also stressed that they will be appealing to the International Criminal Court.

On January 11, 2020, the Iran regime after three days of denying, under the international pressure finally admitted that it had shot down the Ukrainian airliner, a Boeing 737–800, flying from Tehran to Kyiv with two Surface-to-air missiles killing 176 passengers and crew on board.

The US had already confirmed the Iran regime’s role in shooting down the Ukrainian Airplane.

The Iranian regime has rejected demands by Ukraine and Canada to release the flight recorders for expert analysis, asking for hardware and software from the United States to conduct its own investigation. Political experts believe that mullahs’ conduct is a delaying tactic not to share information, although it has already accepted responsibility for the downing of the plane.