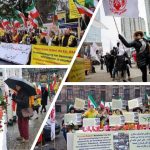 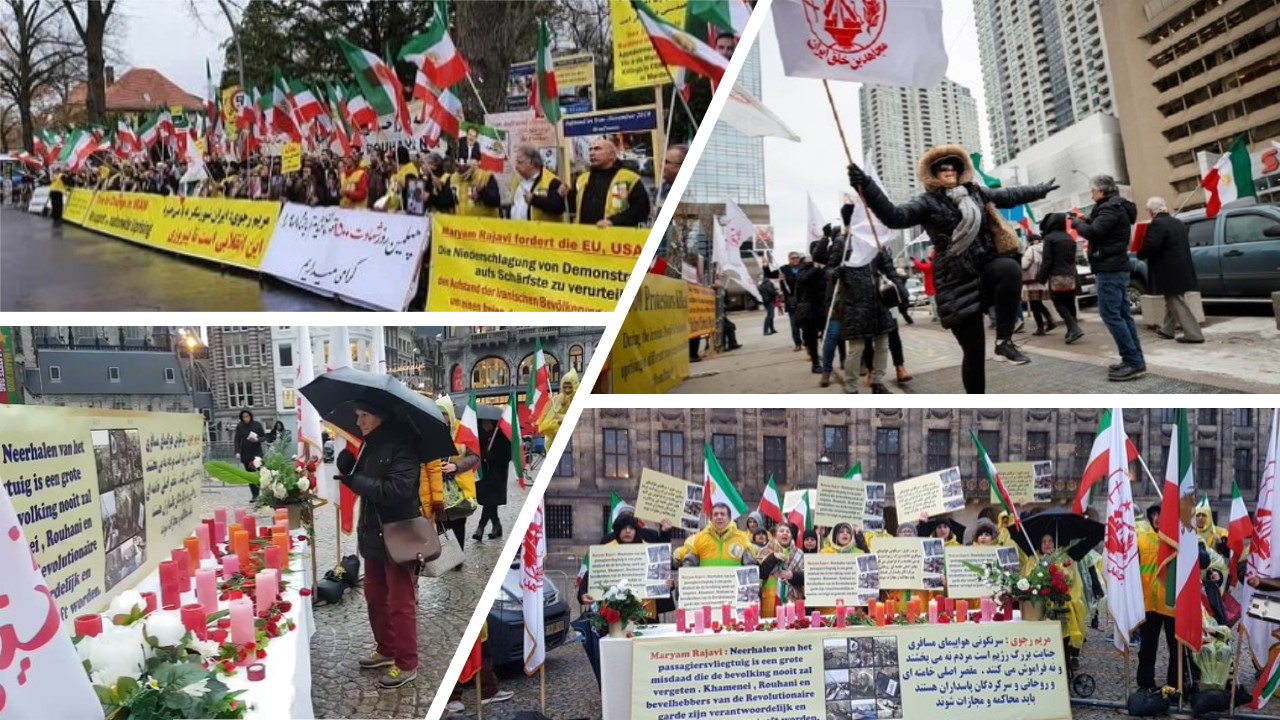 Supporters of MEK Iran, rally in various countries around Europe and America in solidarity with the recent Iran protests, also to mark the day Massoud Rajavi was released from the Shah’s notorious SAVAK prison, in January 1979

The People’s Mojahedin Organization of Iran (PMOI), also known as the Mujahedin-e Khalq (MEK), and the umbrella organization the National Council of Resistance of Iran (NCRI), have been supporting the people of Iran in their popular protests. Throughout the country, the people of Iran have been holding protests and anti-government demonstrations and are calling for regime change faced with the regime’s continued belligerence, corruption, and meddling.

The PMOI / MEK and the NCRI have been holding protests and gatherings outside Iran in order to garner support for the people of Iran in their quest for freedom from the mullahs.

Large number of #Iranians gathered in Mynttorget, #Stockholm to protest against #Iran's regime and honor the 176 people killed in #UkrainePlaneCrash outside Tehran.https://t.co/WaUSdCsMPP

On Saturday 18th January, PMOI / MEK supporters gathered in Stockholm to make their solidarity with the people of Iran known and to voice their support for the Resistance movement. The PMOI / MEK supporters also paid tribute to Massoud Rajavi for his major contribution to the current movement and the sacrifices he has had to make.

Echoing the people of Iran in their protests, the MEK / PMOI supporters were heard chanting “Down with the oppressor; be it the Shah or Khamenei”.

On the same day, many PMOI / MEK supporters gathered outside the White House in Washington D.C. They called for the immediate release of all of the political prisoners that remain locked up in Iran and voiced their support for the people of Iran that participated in the major uprising that started mid-November last year.

Iranians and the MEK and NCRI supporters in the Netherlands held a gathering in front of the Dutch Parliament on Saturday, demanding the immediate freedom of all the political prisoners. They urged the international community to dispatch a fact-finding mission to Iran in order to stop further bloodshed by the regime.

#FreeIran2020
No matter the snow or rain, dissidents of Iran's regime across the globe back #IranProtests with all their mightpic.twitter.com/FPSz6KlMoP

Members of the Iranian diaspora and the MEK and NCRI supporters in Hamburg, Germany, held a rally in solidarity with the Iran protests, also commemorating the anniversary of the last group of political prisoners’ freedom from prison in 1979. Some of the representatives of the Iranian associations in Germany addressed the rally.

In Copenhagen, Denmark, the MEK and NCRI supporters organized a protest. They chanted slogans in solidarity with their risen compatriots during the nationwide protests in Iran, such as “Regime change in Iran by the people of Iran,” and “Down with dictator. Down with Khamenei.”

These protests supported the activities of the MEK’s “Resistance Units” in Iran and marked the last group of political prisoners’ freedom from the Shah’s prisons.

In Tehran and other cities across Iran, large banners of Massoud Rajavi were put up with various quotes including: “The world should know that Massoud Rajavi is our leader” and “The end of the mullahs’ tyranny is near.”