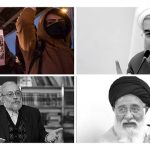 Regime Officials Respond with Fear to Expansion of Student Protests

Written by Mohsen Aboutalebi on January 18, 2020. Posted in NEWS 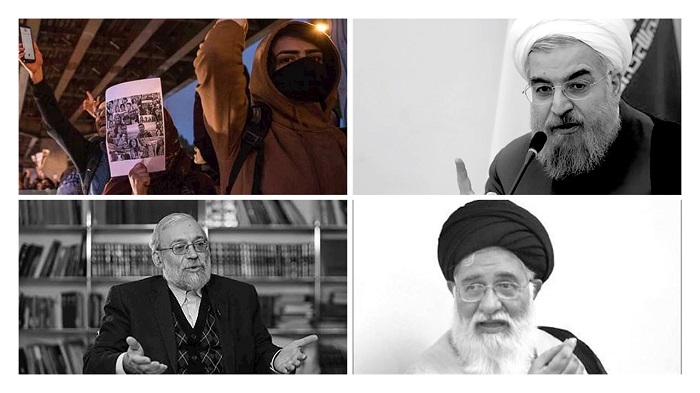 Rouhani, Alamolhoda, and Javad Larijani show their fear over student’s protests in Iran

Anti-regime protests continue in universities and cities across Iran as students express their outrage over the regime’s corruption and suppression. Regime officials have responded to the expansion of these protests, which have been described as a continuation of the November 2019 Uprising that spread to 190 cities and shook the clerical dictatorship to its core, with increasing worry. A number of high-ranking officials have recently made public statements revealing their fears that the students’ protests could lead to dire consequences for the mullahs and their ability to hold onto power.

Medical students at the University of Tehran held a protest in front of the university mosque, where they chanted anti-regime slogans.https://t.co/jIA6exnzRK#Iran #IranProtests #MEK #FreeIran2020 @USAdarFarsi pic.twitter.com/GEaiXphL80

On January 14th, Ahmad Alamalhoda, the Friday prayers imam in Mashhad, Northeast Iran, called for decisive action to be taken against the student protesters. As a Friday prayers imam, Alamalhoda is a representative of regime’s Supreme Leader Ali Khamenei and is considered his mouthpiece in Mashhad. Alamalhoda’s comments appeared to justify attacks against the young students, many of whom took to the streets to protest after the senseless deaths of their fellow students in the downing of the Ukrainian airliner by a Revolutionary Guards missile.

“These people should come and insult all of our principles and values, to rise against us and we should just sit there and watch?” Alamalhoda said.

Alamolhoda, ALi Khamenei representative in Mashhad in a blatant threat against a foreign diplomat said: "the U.K. Ambassador must be chopped into pieces,"https://t.co/MfHFzNNnqq#Iran #IranProtests #Terrorism @USAdarFarsi pic.twitter.com/rhM1q9EDVj

Senior regime official Mohammad Javad Larijani also commented about the student protesters on January 14th. Larijani feigned concern that responsible adults were not preventing their children from repeating the “enemy’s talking points.” The regime frequently refers to MEK Iran as the enemy because it poses a threat to its grip on power.

“These college students that are making a lot of noise, and some are cited as expressing bad comments, used as a pretext by foreign media, are our own kids. Parents should be paying attention. Where are the college professors? They should sit down and talk to them, spend time with them. We shouldn’t allow their deception by specific individuals, media and propaganda pushing the enemy’s talking points,” he said.

Larijani, a frequent defender of the regime’s human rights record, has shown no such concern about responsible adults in the regime preventing Iran’s youth from being subjected to gross human rights abuses and suppression.

“Of course, they are our own children. Some of them are saying enough is enough. They want to scream, and they can not tolerate it anymore… this is where the enemy is investing in,” Larijani added.

The MEK Iran is indeed investing its hopes in the youth of Iran and their unwillingness to tolerate oppression.

Regime President Hassan Rouhani struck a more conciliatory tone in response to the students, saying, “We should apologize… we are their servants.”

Of course, his words carry little weight while university students are being arrested in the streets. His tone is evidence of the regime’s fear of the protests and their consequences. Coming on the heels of the November Uprising, the current protests are a colossal failure of the regime’s efforts at suppression and a sign that the people are angry and ready for change. The old methods of quelling rebellion are no longer effective.

Iranian students have been clear in their chants of, “Mullahs, get lost!”