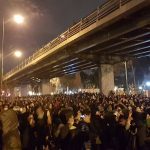 MEK Iran: Anti-regime Protests Break Out At Funeral Of Victims Of The Air Crash

Written by Mohsen Aboutalebi on January 17, 2020. Posted in NEWS 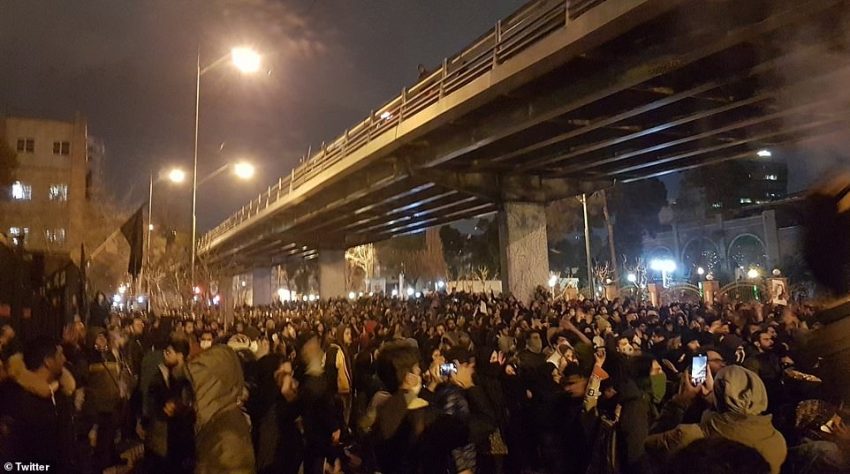 Students and supporters of the MEK, took to the street following the criminal downing of the Ukrainian passenger plane that killed 176 people- January 11, 2020

During the funeral of two of the victims of the downed Boeing 737-800 protests broke out. In the early hours of 8th January, a passenger flight traveling from Tehran to Kyiv was shot down by Iran’s Islamic Revolutionary Guard Corps (IRGC).

The Iranian regime tried to pass the incident off as a crash caused by a technical issue, however, it soon became known that the IRGC shot it down.

Mass protests broke out across the country in the days following the incident, with the people making their anger against the regime known, report videos published online via Mujahedin-e Khalq (MEK) source inside Iran. Many protesters were calling for Supreme Leader Ayatollah Ali Khamenei to step down.

January 16 – Sanandaj, western #Iran
During the funeral of airplane crash victims, protesters are chanting, "Death to tyrants, be it the Shah or the Leader," signaling that they want neither the overthrown monarchy nor the mullahs.#IranProtestspic.twitter.com/3nbJdnR9Nm

Dr. Arvin Moratab and Dr. Ayda Farzaneh were two of the Iranian victims of the Ukraine International Airlines Flight 752 accident. Crowds gathered in the Behesht Mohamadi cemetery in the city of Sanandaj in the province of Kurdistan to pay their respects, report MEK sources.

The people gathering at the funeral were heard chanting anti-regime slogans, in particular against the Supreme Leader. They chanted: “People didn’t die for us to praise the disgraceful leader.”

The people of Iran have been calling for regime change for many years, with the calls intensifying in recent years. Indicating that they do not want the Iranian regime, nor the overthrown monarchy, the people have been saying: “Death to the tyrant, be it the Shah or the Leader.”

#IranProtesters desire a #FreeIran &they expressed their desire in their slogans that they are looking to a free &prosperous future rather than looking back. "Death to the oppressor,whether the Shah or the [supreme] leader.Neither the bad,nor the worse"https://t.co/zQ8Wsi2QXi

The Iranian regime’s propaganda machine has been going into overdrive in the past few weeks. After the killing of the IRGC Quds Force chief Qasem Soleimani, the regime tried to portray him as a national hero for whom the people of Iran are mourning. However, this could not be further from the truth because the people are so ashamed of the regime and Soleimani – the child killer and the country’s top terrorist.

The regime’s propaganda machine has also tried to portray the unrest in the country as a confrontation between the people of Iran and foreign countries. But the people have loudly rejected this claim too, saying that their enemy is the regime – right here at home.

MEK sources report that at the University of Sanandaj, students staged a protest where they too were chanting anti-regime slogans. Students were heard shouting: “IRGC shame on you, leave the country alone” and “Death to the dictator”.

As usual, the regime has responded aggressively to protesters, sending anti-riot police and Bassij mercenaries to quell the protesters and to disperse crowds. This serves only to make the people angrier and more determined in their course of action. The students at the University of Sanandaj were heard chanting “Cannons, tanks, firecrackers, Bassijis must get lost”.

The main opposition to the Iranian regime has been calling on the international community to support the people of Iran in their quest for regime change. The National Council of Resistance of Iran (NCRI) and its backbone the MEK has been emphasizing that the demands of the people are legitimate – they are calling for the respect of human rights, democracy, and freedom.