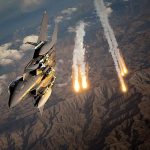 U.S. Air Strikes Against Iran-Backed Militias in Iraq and Syria

Written by Esmail Mohades on December 30, 2019. Posted in NEWS 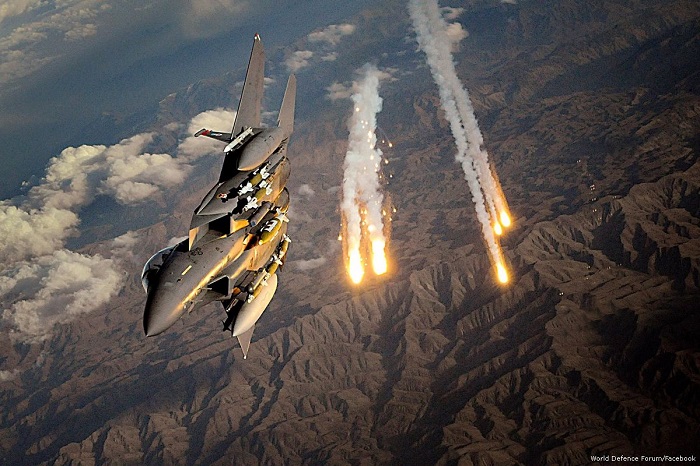 U.S. jet fighters carried out airstrikes against Kata’ib Hezbollah in response to the killing of a U.S. citizen in a rocket attack on an Iraqi military base

On December 30, 2019, the Reuters reported that the U.S. planes carried out airstrikes on Sunday against the Iranian-backed Kata’ib Hezbollah militia group in response to the killing of a U.S. civilian contractor in a rocket attack on an Iraqi military base.

Hoffman said he hopes the strikes will degrade the group’s ability to carry out future attacks against OIR forces.

At least 25 Kata’ib Hezbollah fighters were killed and at least 55 wounded following the airstrikes in Iraq, according to Iraqi security and militia sources. At least four local Kata’ib Hezbollah commanders were among the dead, the sources said. The group’s headquarters near the western Qaim district on the border with Syria was hit and destroyed.

Kata’ib Hezbollah is a group under the “Popular Mobilization Units”, an umbrella grouping of paramilitary groups consisting of Iran-backed militias.

The U.S Secretary of State Mike Pompeo told reporters that the U.S. military may take “additional actions” in the region to defend U.S. interests.

.@SecPompeo on yesterday's airstrikes: This was a defensive action designed to protect American forces and American citizens in Iraq… This was an Iranian-backed rogue militia acting to deny the Iraqi people their basic sovereignty… They took a strike at an American facility. pic.twitter.com/tQxA7qoEJa

“We will not stand for the Islamic Republic of Iran to take actions that put American men and women in jeopardy,” Pompeo said.

In December, Pompeo blamed Iranian regime backed forces for a series of attacks on military bases in Iraq and warned the regime that any attacks by Iran or its proxies that harmed Americans or allies would be “answered with a decisive U.S. response.”

“We must also use this opportunity to remind Iran’s leaders that any attacks by them, or their proxies of any identity, that harm Americans, our allies, or our interests will be answered with a decisive U.S. response,” Secretary Pompeo continued, “Iran must respect the sovereignty of its neighbors and immediately cease its provision of lethal aid and support to third parties in Iraq and throughout the region.”

“However, a senior U.S. military official said this month that attacks by Iranian-backed groups on bases hosting U.S. forces in Iraq were gathering pace and becoming more sophisticated, pushing all sides closer to an uncontrollable escalation,” Reuters added. 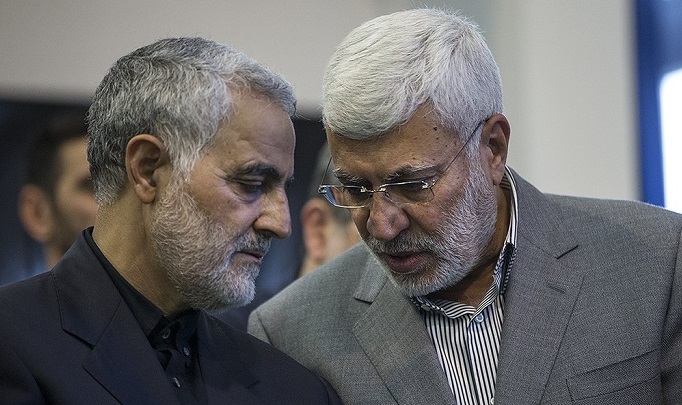 On Oct. 7, 2010, the UPI published a report, about Abu Mahdi al-Muhandis and his terrorist activities.

“Al-Muhandis is the leader of the Kataeb Hezbollah, Arabic for Brigades of the Party of God, a Baghdad Shiite organization that specializes in funneling weapons and explosives from Iran to other Tehran-backed militants across Iraq,”

“The U.S. Treasury Department noted in July 2009 that al-Muhandis, a longtime clandestine operative for Iran’s Islamic Revolutionary Guards Corps, was involved in the bombing of the U.S. and French embassies in Kuwait in December 1983 during the 8-year Iran-Iraq war,”

“The white-bearded al-Muhandis has more influence in Tehran than most of his contemporaries because U.S. officials say, he’s the right-hand man of Gen. Qassem Suleimani, commander of the Revolutionary Guard Corps’ clandestine operations arm, the Quds Force,”

“Suleimani’s Quds Force has armed, funded and trained Kataeb Hezbollah and other Shiite militant groups in Iraq to further Tehran’s strategic objectives in bringing its historical enemy under is thumb…” The UPI piece reads.