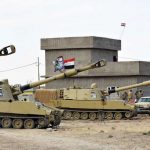 Iranian-backed groups attack a base in Kirkuk, killing a U.S. civilian contractor. 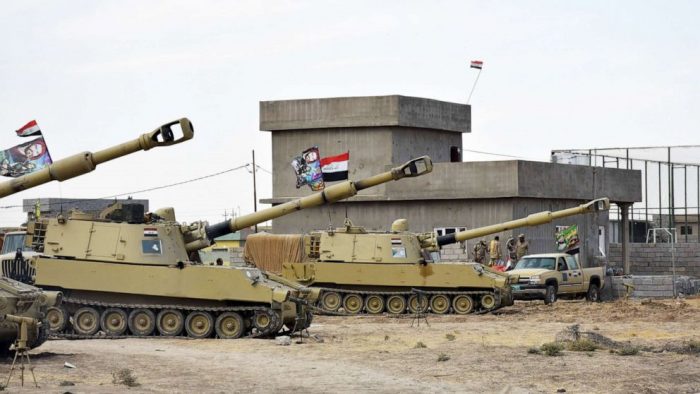 Iraqi forces Armored vehicles near a base in Kirkuk, Iraq. (File photo)

On December 27, 2019, a U.S. civilian contractor was killed in a rocket attack on an Iraqi military base near the oil-rich city of Kirkuk, U.S. officials said, the Reuters reported.

“Several U.S. service members and Iraq personnel were also wounded, the U.S.-led coalition fighting Islamic State said in a statement, adding that Iraqi security forces would be leading the response and investigation into the incident.”

“One official said the United States was looking into the possible involvement of Kataib Hezbollah, an Iranian-backed Shi’ite Muslim militia group.”

It is reported that security forces had found a launchpad for Katyusha rockets inside an abandoned vehicle near the base.

“If American blood was shed by an Iran-backed group, Tehran ought to face swift and severe consequences.” Senator Tom Cotton tweeted, responding to the attack.

Earlier this month, the U.S. Secretary of State Mike Pompeo warned Iranian regime that U.S. troops are co-located on the bases with Iraqi Security Forces and that any attack by Iran or its proxies that “harm Americans, our allies, or our interests will be answered with a decisive U.S. response.”

“We must also use this opportunity to remind Iran’s leaders that any attacks by them, or their proxies of any identity, that harm Americans, our allies, or our interests will be answered with a decisive U.S. response,” Pompeo said on Dec. 13.

It is worth noting that on Friday the acting U.S. Navy Secretary Thomas Modly said Iran could carry out “provocative actions” in the Strait of Hormuz and elsewhere in that region in the future despite a period of relative calm.

“I think they’re going to continue to perform provocative actions over there… and I think they’ll look at every opportunity they can to do that,” Modly told Reuters.

“There’s nothing that suggests to me, short of a regime change there, that you have a different tone set from the leadership, that would suggest to me that they’re going to stop doing what they’ve been doing,” he added.

The attack comes at the time that the Iranian regime is engulfed with a crisis inside the country, and there have been widespread protests against the regime. MEK Iran has several times before emphasized the fact that the clerical regime in Iran deals with its problems and internal crisis with the export of terrorism abroad.