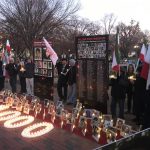 MEK: Iran Protests Should Not Be Ignored by The International Community 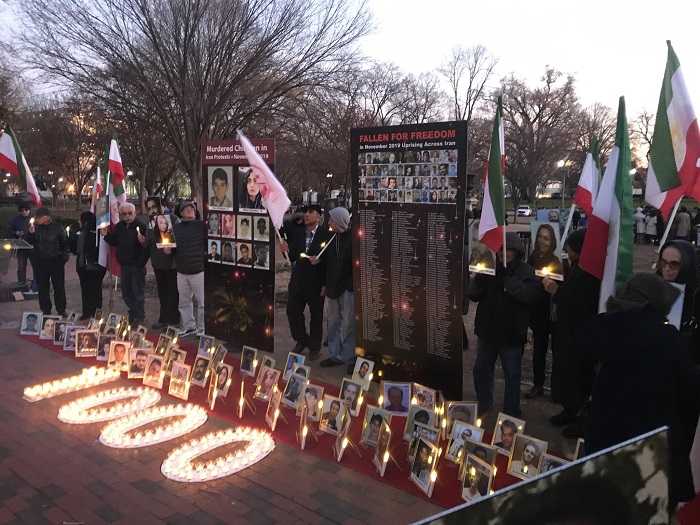 Supporters of the MEK hold a candlelight vigil in front of ⁦ the White House to support Iran Protests, call for UNSCS to hold Iranian regime accountable for the ongoing massacre of protesters. December 8, 2019

The people of Iran are being denied one of the most basic of human rights – the right to peacefully protest. Mujahedin-e Khalq (PMOI/MEK) reported that more than a thousand protesters have been killed by state security forces in the past few weeks, and more than 4,000 have been injured. Furthermore, it is estimated that more than 12,000 people have been arrested.

The protests started on Friday 15th November after the regime announced that petrol prices would be increased significantly.

What started off as small protests regarding a specific economic concern have turned into a massive political movement in which the people are calling for regime change.

The People’s Mojahedin Organization of Iran (PMOI), also known as the Mujahedin-e Khalq (MEK), has been playing a big role in the current uprising. It has been able to get information across to its network outside the country – providing journalists with valuable information about what is happening at a time when the regime has denied people the internet.

The regime has been carrying out internet blockages, denying the people the right to communicate and freely access information.

Videos coming from Iran have been circulating and it is very clear that the regime’s brutality against the people can be, and should be, considered a crime against humanity.

Last week, Brian Hook, the US State Department’s special representative for Iran, said that the government has received tens of thousands of videos of the protests. He said that the claims that the regime has murdered more than a thousand of its citizens appear to be founded.

He also tentatively confirmed the thousands of arrests, adding it is hard to be sure because “the regime blocks information”.

Last month, US Secretary of State Mike Pompeo specifically called on the people of Iran to send “videos, photos, and information documenting the regime’s crackdown on protesters”. He said that the United States would like to “expose” and then “sanction” the regime’s abuses.

But realistically, what can be done? Well firstly, like President-elect of the National Council of Resistance of Iran (NCRI) Mrs. Maryam Rajavi has been suggesting, the United Nations Security Council can take action. It can convene a special session to look into the situation in Iran and to issue a statement denouncing the terrible treatment of protesters. It should be sending a delegation to Iran to accurately assess the situation.

And then, the international community, especially those democratic countries that place huge importance on the respect of human rights, should be speaking out. They should be calling the regime out for its suppression of the people and supporting the people and their legitimate demands. On the practical side, these leaders should be doing all they can to get the people of Iran back online with access to means of communication and access to information.

Last week, US Governor Tom Ridge said that “it’s about time that the United States of America leads that effort among democracies to not only condemn this regime but to publicly support the democratic uprising, proudly led, proudly led by the MEK.”