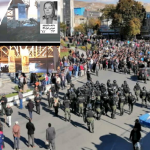 Written by Amineh Qaraee on December 7, 2019. Posted in NEWS 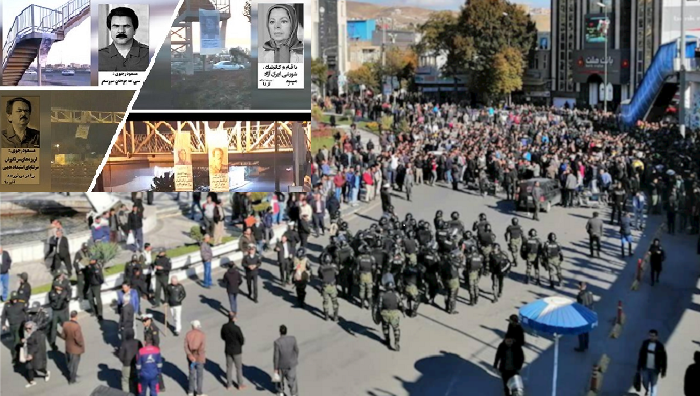 The main opposition to the Iranian regime, the Mojahedin-e Khalq (PMOI / MEK) has been playing a major role in the uprising that is sweeping across Iran and shaking the foundations of the clerical rule. The PMOI / MEK has Resistant Units across the country spreading the word of resistance and supporting the people in their quest for regime change.

The PMOI / MEK has been instrumental in passing information backward and forwards to the opposition networks outside the country during the regime’s internet shutdowns.

With regard to the latest figures, the PMOI / MEK Resistance units have said that there have been more than 12,000 arrests, 4,000 injured people and more than 1,000 deaths.

The PMOI / MEK members in Iran are taking considerable risks to spread the word of resistance, as are its supporters. The regime has targeted PMOI / MEK supporters for the past four decades and many thousands have been imprisoned, tortured or executed. The regime’s hatred of the PMOI / MEK is such that it considers supporting the opposition a crime that is punishable by execution.

President-elect of the National Council of Resistance of Iran (NCRI) Maryam Rajavi has been sending messages of support and encouragement to the people of Iran via the PMOI / MEK Resistance Units.

In several cities across the country, protesters have been putting up large posters of Maryam Rajavi and Massoud Rajavi, the leader of the Resistance. The PMOI / MEK is calling for more protests and urging the people to continue in their quest for freedom, human rights, and democracy.

The PMOI / MEK is the most organized resistance movement and is the biggest threat to the regime’s rule. The Iranian regime has traditionally denied that the organization is much of a threat, saying that it has a very little following. However, in recent years, especially in the past few months, the regime had had no choice but to admit that its following is significant.

The US Special Representative for Iran Brian Hook has said that the Trump administration is encouraged by the protests over the fuel price hike and said that the United States will continue to pressure the regime.

The PMOI / MEK has said that the international community must call the regime out for the violence it has used against the protesters. Maryam Rajavi has called on the United Nations to urgently send a delegation to Iran to assess the situation to ensure that the death toll, and the number of arrests being carried out, do not rise any higher.

The people of Iran and the PMOI / MEK are making it very clear that they will not accept the regime’s suppression and they are determined for their voices to be heard.