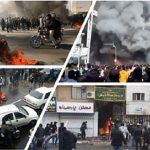 MEK: The World Reacts to 18th Day of Protests in Iran

Written by Esmail Mohades on December 3, 2019. Posted in NEWS 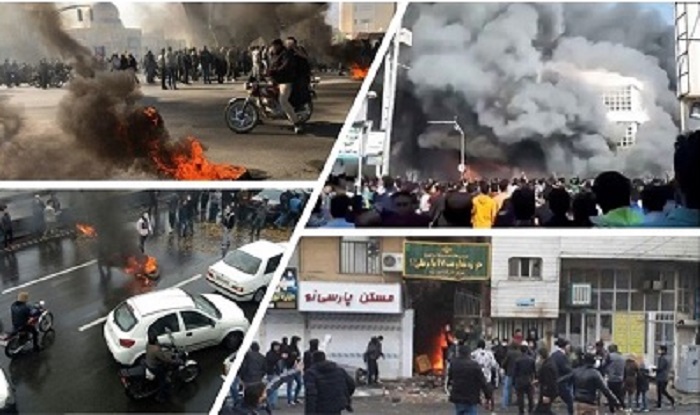 Iran Protests continue and the number of martyrs rises

Anti-regime protests, rallies, and demonstrations reached their 18th consecutive day on Monday despite the Iranian regime’s brutal crackdown on protesters and Internet embargo. The protests, which began after the regime announced a drastic increase in gasoline prices, have now spread to at least 187 cities, according to sources in the MEK network inside Iran.

At least 600 people have been killed by #Iran’s security forces and snipers since the #IranProtests began on November 15, according to the People’s Mojahedin Organization of Iran (PMOI/#MEK)@USAdarFarsi pic.twitter.com/N5YN9MF2ty

The MEK and the Iranian Resistance has published the names of 194 protesters killed by regime security forces. National Council of Resistance of Iran (NCRI) President-elect Maryam Rajavi reiterated her call on the international community to take action to stop the crackdown on protesters in Iran.

Sardar Azizi, head of the police in the eastern sector of Tehran Province, discussed his fears about the organization of the protesters in an interview on state television, saying: “Those who were organized in these protests had established teams ready to set ablaze and destroy their targets… Despite the fact that police units were on full alert, and Revolutionary Guards (IRGC) and Basij units were ready, the scope of the [protests] went far beyond our expectations.”

62 Members of the European Parliament registered their condemnation of the regime’s crackdown on protesters by issuing a statement in support of Maryam Rajavi’s call for Iranian regime officials to face justice for crimes against humanity.

Following the brutal crackdown of the recent uprising by the religious fascist regime in #Iran, Friends of a Free Iran (FoFI), an informal inter group in the European Parliament, released an urgent statement in November 2019#IranProtests #MEK @USAdarFarsi pic.twitter.com/zltuQbqkaE

The MEPs’ statement also called on the EU to stand with the Iranian people in their struggle for democracy and to take action to end the crackdown on protesters in Iran. They further called for the release of those who have been arrested during the protests and affirmed their support for a free and democratic Iran.

The New York Times Reports on the Uprising

In a recent report, the New York Times characterized the November 2019 uprising as the worst unrest Iran has seen in four decades. “Iran is experiencing its deadliest political unrest since the Islamic Revolution 40 years ago, with at least 180 people killed — and possibly hundreds more — as angry protests have been smothered in a government crackdown of unbridled force,” the article stated.

The article acknowledged that the protesters were calling for “an end to the Islamic Republic’s government and the downfall of its leaders.”

The Times interviewed eyewitnesses who were in Mahshahr on Monday, November 18th, when the Revolutionary Guards deployed forces to put down the uprising.

“For three days, according to these residents, protesters had successfully gained control of most of Mahshahr and its suburbs, blocking the main road to the city and the adjacent industrial petrochemical complex. Iran’s interior minister confirmed that the protesters had gotten control over Mahshahr and its roads in a televised interview last week, but the Iranian government did not respond to specific questions in recent days about the mass killings in the city.

“Local security forces and riot police officers had attempted to disperse the crowd and open the roads, but failed, residents said. Several clashes between protesters and security forces erupted between Saturday evening and Monday morning before the Guards were dispatched there.

“When the Guards arrived near the entrance to a suburb, Shahrak Chamran, populated by low-income ethnic Arabs, they immediately shot without warning at dozens of men blocking the intersection, killing several on the spot, according to the residents interviewed by phone.

“The residents said the other protesters scrambled to a nearby sugar cane field, and that one of them, apparently armed with an AK-47, fired back. The Guards immediately encircled the men and responded with machine-gun fire, killing as many as 100 people, the residents said.”