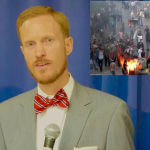 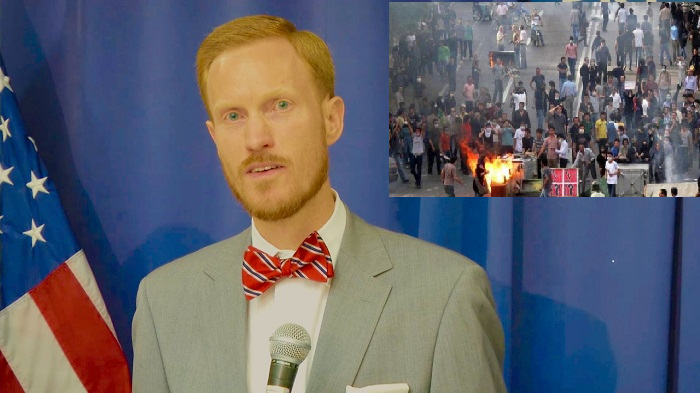 U.S. News & World Report published a story on its website on Thursday by Professor Ivan Sascha Sheehan, executive director of the School of Public and International Affairs at the University of Baltimore. In his article, Dr. Sheehan argued that the November uprising in Iran heralds a new day in the struggle for a free and democratic Iran and urged U.S. officials to “exert pressure on Tehran’s repressive institutions by protecting and supporting Iran’s pro-democracy activists.”

Dr. Sheehan wrote that protests are common in Iran, but this uprising is particularly problematic for the clerical regime. The uprising was triggered by a gas price hike, but widespread dissatisfaction over the economy and corruption caused the protests to quickly morph into a nationwide revolt.

Sheehan theorized that the short-term consequences of the uprising are likely to be greater than anything the country has seen in recent years, but the long-term effects could transform not only Iran but the entire Middle East. “Indeed, the current protests, which are far more serious than either the 2009 uprising or the countrywide revolt in 2018, have already resulted in some of the regime’s worst repression, but they have also demonstrated the Iranian public’s courageous resilience,” he wrote.

“It is difficult to obtain a complete picture of government repression at a time when Iran is practically cut off from the world by what some are calling the most sophisticated Internet shutdown in history,” wrote Dr. Sheehan. Amnesty International has confirmed at least 106 deaths so far, while the Mujahedin-e Khalq (PMOI/MEK) is reporting at least 450 deaths, 4,000 injuries, and 10,000 arrests.

“At a moment when regime forces are reportedly firing at protesters’ heads and chests, with mercenaries suppressing dissent and Tehran’s chief instruments of power on full alert, the MEK’s vast network on the ground is furnishing the world with contemporaneous footage from 132 cities rocked by anti-regime demonstrations,” Dr. Sheehan pointed out.

Sheehan also noted the speed with which the protests spread and the level of geographic and demographic diversity. He stressed that this was “hardly surprising to scholars who have watched the MEK’s ‘Resistance Units’ spring up across the country.”

Efforts to Delegitimize the MEK

Sheehan wrote that regime Supreme Leader Ali Khamenei was quick to blame the MEK for the uprising, just as he did after the 2018 uprising. This tactic has backfired, according to Sheehan. “By crediting the grassroots movement with setting the tone for the protests, the regime is effectively acknowledging that it is vulnerable to a homegrown opposition that is widely seen by bipartisan U.S. officials as a force to be reckoned with,” he explained.

The Washington Times published an op-ed by Ali Safavi this week posited that the recent nationwide uprising in #Iran “is unprecedented and exceedingly more audacious than the 2009 and 2017-18 uprisings.”#IranProtests #FreeIran #MEK @USAdarFarsi pic.twitter.com/aM4dUYhtv9

“Those hardline officials and Ministry of Intelligence and Security operatives continue their work to delegitimize the MEK makes sense. But U.S. officials should not be deterred by accusations against Western ‘enemies,’ supporters of the old Iranian monarchy, and so on. The false charges are little more than an effort to distract attention from an increasingly desperate population that is lining up behind a leader, Maryam Rajavi, who has outlined a credible 10-point plan for her country,” he continued.

Sheehan emphasized that the U.S. has left the Iranian regime unchallenged for forty years based on the assumption that there was no viable alternative to the mullahs’ rule. “But with domestic unrest reaching an acute stage and demonstrations continuing in spite of brutal repression, the falsity of this assumption has been laid bare,” he stated.

“There is a democratic alternative for Iran; it has the support of the Iranian people; they are increasingly willing to risk their lives for its sake, and it has moved the existing regime closer to being overthrown than ever before,” he added.

Sheehan concluded that once the regime’s suppressive forces are removed from power, Iran will no longer pose a danger to the Middle East and to the rest of the world.