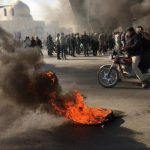 Written by Mohsen Aboutalebi on November 28, 2019. Posted in NEWS 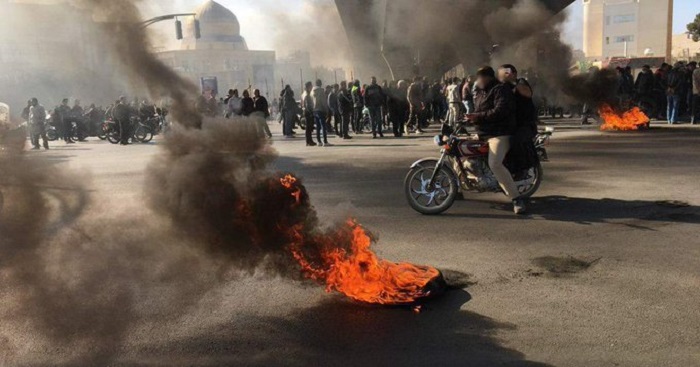 The Iran uprising for regime change entered its fourteenth consecutive day on Thursday, has spread to at least 181 cities in all of Iran’s provinces. Even the regime’s Interior Minister Abdolreza Rahmani-Fazli admitted that hundreds of thousands of people took part in the uprising and that they destroyed at least 50 police and army centers, 140 government centers, 183 police vehicles, nine seminaries, 731 state-affiliated banks, and 70 gas stations.

The people are demanding the overthrow of the Iranian regime, targeting its Supreme Leader Ali Khamenei, President Hassan Rouhani and the Revolutionary Guards (IRGC) as the source of the country’s problems.

The latest reports on the regime’s crackdown state that at least 450 protesters have been killed by the oppressive security forces, while 4,000 were injured and 10,000 were arrested. The People’s Mojahedin Organization of Iran (PMOI/MEK) also reported on new videos of the crackdown that emerged after the internet ban was partially lifted over the weekend, saying that the footage showed security forces torturing, beating, and shooting protesters. This includes footage of protesters being shot at point-blank range and attacked with axes.

The British Committee for Iran Freedom (BCFIF) condemned the regime for this crackdown.

Maryam Rajavi, the president-elect of the National Council of Resistance of Iran (NCRI) called on the international community to halt the Iranian regime’s crimes against humanity, stating that the wave of arrests is continuing and Tehran’s prisons, are overflowing with detainees. She said it was imperative to send a UN delegation to visit prisoners and prevent torture.

On Wednesday the Iranian Resistance Units intensified their activities, by putting up posters of Massoud Rajavi and Maryam Rajavi across Iran with the message that the Iranian people will prevail and Iran will be free or destroying banners of Khamenei and other regime leaders. Indeed, Ali Safavi of the Foreign Affairs Committee of the NCRI wrote that “Iran’s regime is doomed”.

Rajavi  tweeted: “This is our collective commitment and our collective pledge to the Iranian nation to place everything at the service of the uprisings, giving it all we have and making sacrifices in all fronts in order to advance the uprising.”

Several politicians and groups also said that they supported the Iranian people’s uprising, including Everyone, The League of Poets, and BCFIF, while US Senator Lindsey Graham tweeted that the “Ayatollah’s henchman” are the biggest threat to the Iranian people.

Elsewhere, the US Representative Office of the NCRI held a news conference to release a 60-page report on the protests, including the names of senior IRGC commanders and other officials involved in the deadly crackdown.