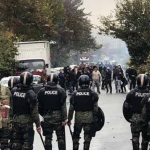 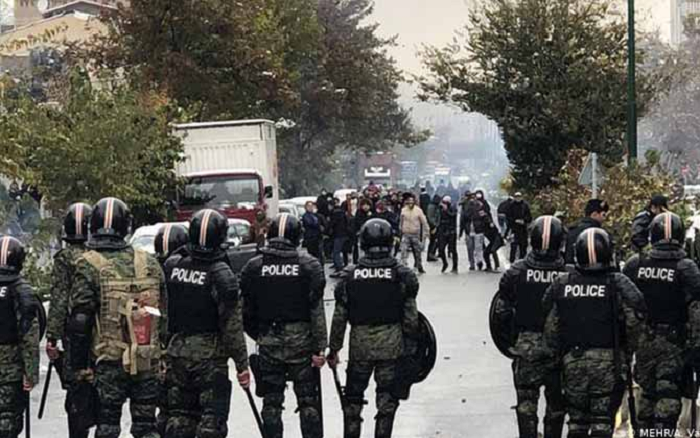 As the Iranian regime has begun to restore internet access in the country, more information about the ongoing Iranian uprising is being revealed, including videos posted online showing how the security forces are cracking down on protesters.

In the footage, which is a disturbing watch, security forces, sometimes in plainclothes, can be seen chasing demonstrators, grabbing them, beating them, and, in several clips, shooting into crowds of protesters who are running away, killing people at random.

These horrific videos are still just a glimpse of what has happened in Iran over the past 11 days and what will continue to happen as long as the regime remains in power. This brutal response only shows how weak the regime is in the face of an uprising by the people of Iran, led by the Mujahedin-e Khalq (PMOI/MEK).

Sadly, the crackdown is not over. Several regime officials, including the deputy commander of the Islamic Revolutionary Guard Corps (IRGC) Ali Fadavi, the Secretary for Supreme National Security Council Ali Shamkhani, and member of the Assembly of Experts’ Presidium Ahmad Khatami, have discussed the number of MEK-affiliated protesters arrested, ranging from 34-180, and have called for them to face the maximum punishment, which is execution.

Fadavi said Sunday that those who confessed to being MEK members or supporters would be given the “maximum punishment” by the judicial system, while Khatami was one of the many speakers in Friday prayer congregations across Iran, who called for judges to execute the protesters, who he described as saboteurs, for waging war on God.

Many officials and the state-run media also repeated the false claim that these protesters were somehow recruited by the US, as opposed to genuinely furious with the regime for destroying Iran.

On Monday, the National Council of Resistance of Iran (NCRI) released a statement about the crackdown on protesters, which read: “The Iranian Resistance underscores that these prisoners will no doubt face torture and execution. The United Nations must give priority to investigating the plight of these prisoners and sending a delegation to Iran to visit them.”

NCRI President-elect Maryam Rajavi has repeatedly urged the UN Security Council, governments, and international human rights bodies to take action to end the massacre and suppression of the Iranian people immediately, as well as ensure those arrested are released without charge. She also said that UN delegations must be dispatched to Iran to investigate the situation.