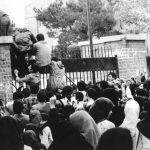 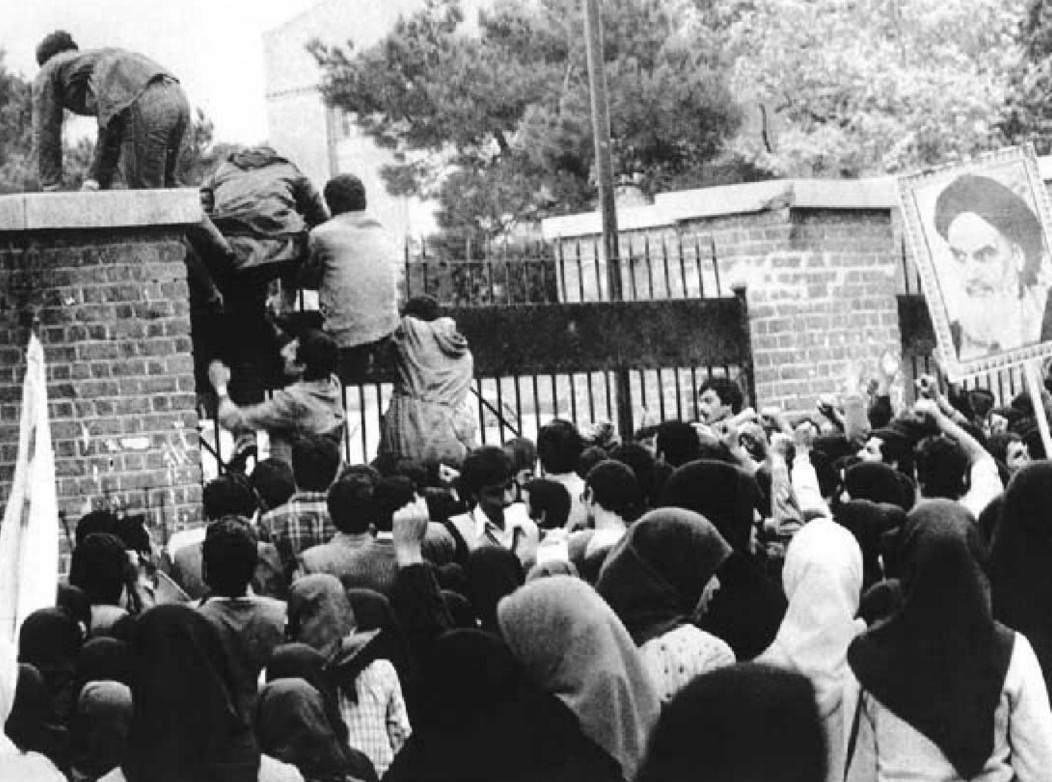 Mullah’s thugs are climbing up the walls of the US embassy in Tehran, 1979

As the United States commemorated the 40th anniversary of the takeover of the US Embassy in Tehran and subsequent hostage-taking of 52 American officials and diplomats by the Iranian regime, opponents of the regime said that terrorism and hostage is an integral part of the regime’s “DNA”, which would not change until the mullahs are removed from power.

For proof, they cited the recent call for Shiite militias in Iraq to seize the US Embassy in Baghdad, which was made by Hossein Shariatmadari, editor of the Iranian paper Kayhan, who is close to the supreme leader.

It’s important to realize that many of those involved in the hostage-taking on November 4, 1979, went on to hold key positions in the regime and some of those are currently still in power. The regime even celebrates that day, which was the beginning of a 444-day crisis, every year as the “National Day of Campaign against Global Arrogance”.

The National Council of Resistance of Iran (NCRI) issued a new report to expose the regime’s ongoing commitment to terrorism, citing the ongoing anti-Iran regime protests in Iraq and Lebanon, and to name the hostage-takers,  who are still top officials in the regime.

Ali Safavi, an NCRI Foreign Affairs Committee member, said: “Terrorism and hostage-taking are a part and parcel of the Iranian regime’s DNA. All regime factions view repression, the export of terrorism and Islamic extremism as pillars of their survival.”

He continued: “This regime has made hostage-taking and terrorism statecraft. This is abundantly clear in Iraq and Lebanon where the Iranian regime and its proxies view the only way out of the current uprisings in those countries – which have delivered a tremendous blow to what they have long boasted of being their strategic depth – is to create another crisis, namely the call by Tehran to seize the US embassy in Baghdad.”

The NCRI said the following key figures in the regime were involved in the embassy takeover:

In a statement on Monday, the US State Department said: “We look forward to the day when we can again safely send U.S. diplomats to Tehran. It’s unfortunate that this anniversary serves as a reminder of the long history of malign behavior by the Iranian regime and the danger it has posed to the United States and the world over the past 40 years.”