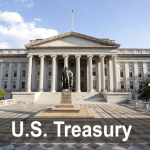 Key Figure in the Massacre of MEK Members Listed by US

Written by Esmail Mohades on November 5, 2019. Posted in NEWS

Monday, November 4, 2019, the US Treasury sanctioned top officials of Iranian regime including the son of the Supreme leader and Ebrahim Raisi, head of Iran’s Judiciary and a key member of the Death Commission in 1988 sending 30,000 MEK members to gallows

On Monday the US Treasury imposed sanctions, on the Iranian regime’s Armed Forces General Staff and nine individuals, including Ebrahim Raissi, a key figure in the Death Commission responsible for the execution of 30,000 MEK members in 1988. As the US Treasury statement says, these individuals “are appointees of, or have acted for or on behalf of, Ali Khamenei, the Iranian regime’s unelected Supreme Leader whose office is responsible for advancing Iran’s radical agenda.”

The Office of Foreign Assets Control (OFAC) of the US Treasury took the action to “block funds from flowing to a shadow network of Ali Khamenei’s military and foreign affairs advisors who have for decades oppressed the Iranian people, exported terrorism, and advanced destabilizing policies around the world.”

“Specifically, the action targets Ali Khamenei’s appointees in the Office of the Supreme Leader, the Expediency Council, the Armed Forces General Staff, and the Judiciary,” according to the statement released by the OFAC.

This sanction coincides with the 40th anniversary of the seizing by Iranian thugs of the US embassy in Tehran, taking more than fifty Americans hostage for 444 days.

“These individuals are linked to a wide range of malign behaviors by the regime, including bombings of the U.S. Marine Barracks in Beirut in 1983 and the Argentine Israelite Mutual Association in 1994, as well as torture, extrajudicial killings, and repression of civilians. This action further constricts the Supreme Leader’s ability to execute his agenda of terror and oppression,”

The individuals who have been sanctioned include: Ebrahim Raisi, the head of Iran’s Judiciary and a key member of the Death Commission in 1988 sending 30,000 MEK members and supporters to gallows, Mojtaba Khamenei, the son of Ali Khamenei, the regime’s Supreme Leader,; Mohammad Mohammadi Golpayegani, the Supreme Leader’s Chief of Staff; Vahid Haghanian, an executive deputy for Ali Khamanei; Ali Akbar Velayati, a senior advisor to the Supreme Leader; Gholam-Ali Hadad-Adel, a member of the Expediency Council and also an advisor to Ali Khamenei; Mohammad Bagheri, chief of the Armed Forces General Staff (AFGS); IRGC Brigadier General Hossein Dehghan, military aide to the Supreme Leader for the Defense Industries and Armed Forces Logistics; and Gholam Ali Rashid, an IRGC commander, who was appointed by the Supreme Leader as the commander of the Khatam al-Anbia Central Headquarters, the most important military headquarters in Iran.

Sanctions on #Iran's Regime Are Effective, “We Will Enforce Them” Everywhere: Pompeo https://t.co/Zr59STAMKp

“Today, OFAC designated Ebrahim Raisi, the head of Iran’s Judiciary, who was appointed by the Supreme Leader in March 2019. OFAC designated the former head of Iran’s Judiciary Sadegh Amoli Larijani Larijani in January 2018 pursuant to E.O. 13553 for his administrative oversight over the executions of individuals who were juveniles at the time of their crime and the torture and other cruel, inhuman, or degrading treatment or punishment of prisoners in Iran, including “According to a United Nations report, Iran’s Judiciary sanctioned the execution of seven child offenders last year, and two so far in 2019, despite human rights law prohibitions against the death penalty for anyone under age 18. There are at least 90 child offenders currently on death row in Iran.” amputations.”