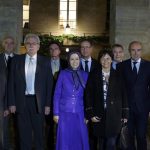 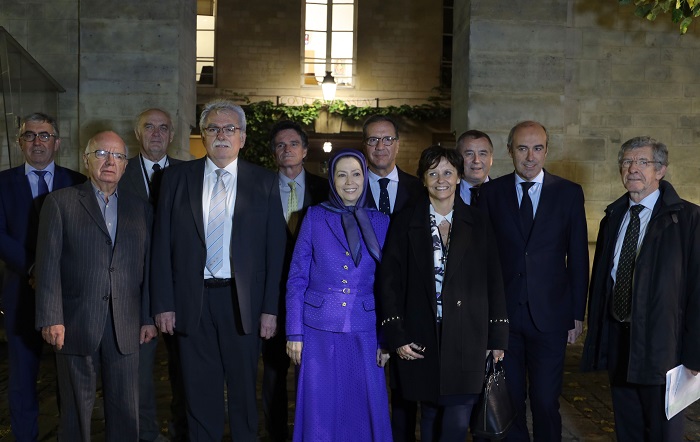 Maryam Rajavi at the French National Assembly on 29 October 2019

In a conference at the French National Assembly on 29 October, Mrs. Maryam Rajavi, the President-elect of the National Council of Resistance of Iran (NCRI), stressed that in absence of a firm policy, the regime gets further emboldened and tensions and crises aggravate.

Bellow is the second part of Mrs. Rajavi’s speech at the conference:

“• The Iranian regime is never going to change its behavior because it is too weak and isolated; any change in behavior would lead to regime change.

She then pointed to the solution saying: The solution is to support the people of Iran who call for the regime’s overthrow.

” Today, the people of Iran are protesting and holding strikes in factories, in the streets, in Isfahan, Lordegan, Arak and other cities, but they are suppressed. In their view, the only solution to their misery is the overthrow of the regime.

In their protests, they have time and again addressed the regime’s leaders, telling them to let go of Syria, but the mullahs keep spending the lion’s share of the nation’s revenues on war and terrorism in Syria, Iraq, Lebanon, and Yemen. The country’s economy is paralyzed. The economic growth rate has shrunk by 9.5 percent, and the inflation rate is between 40 and 50 percent. In a nutshell, the mullahs’ regime is engulfed in one of the most critical periods of its rule.

The religious dictatorship ruling Iran does not represent the Iranian people nor their rich history and culture. “

Enjoying a vast popular support, the defiant youth, supporters of the #MEK, torched the symbols of the regime’s leadership, across #Iran https://t.co/b4A1Pv1Mnf#FreeIran @USAdarFarsi pic.twitter.com/oIXnMGjVoP

Highlighting the expectation from France she said:

“As the leading country in Europe, France must take the initiative to open the path to democracy in Iran, and to support human rights, the Iranian people and the Resistance. This is the only way we can restore peace in the Middle East and bring about stability and democracy.”

” There is a democratic alternative capable of establishing a democratic and pluralist republic based on the separation of religion and state, gender equality, the autonomy of ethnic groups, and a non-nuclear Iran.

The National Council of Resistance of Iran is capable of replacing this regime and peacefully transferring power to elected representatives of the people of Iran.

Our people, resistance and resistance units are prepared to achieve this, and we hope that Europe and France stand with the Iranian people and their legitimate demands and aspirations.”

An exhibition in this regard was on display all day close to the National Assembly.