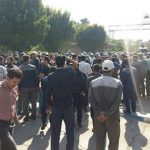 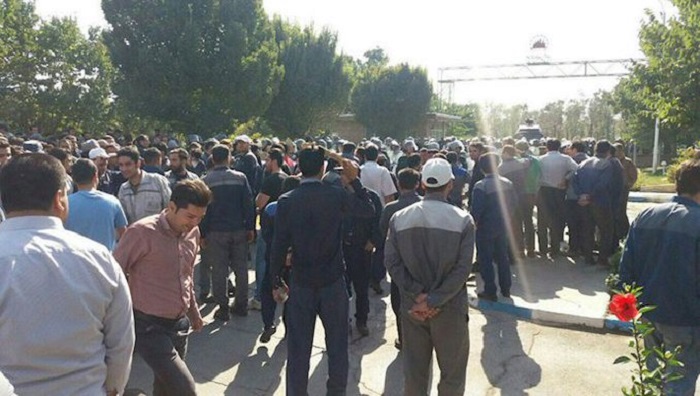 Protests of the workers as well as other sectors of the society in Iran raised dramatically in the recent one and a half years. The protests have always been supported by the Mujahedin-e Khalq (PMOI/ MEK).

Figures released by the MEK on the protest actions from 21 June to 21 July show a comparative increase compared to the first three months of the year, based on the Iranian calendar. During this period of time, there have been at least 267 protests in seventy- eight cities, villages, and industrial- commercial districts in Iran.

The MEK’s report shows that on average, there have been 9 protests by workers, educators including teachers, pensioners, people affected by recent floods, and … per day in Iran. This MEK report also indicates that there have been one hundred and thirty protests by workers in forty-one cities due to unpaid salaries, lack of official employing, lack of insurance, the firing of workers, and low payment.

The MEK has always been a source of inspiration amongst Iranian people particularly the youth and the women.

The Secretary of the National Council of Resistance of Iran (NCRI) on 20 October 2019 stated:

“On Sunday, October 20, 2019, workers at Azarab factory in the city of Arak (central Iran) continued their demonstrations for the 12th day running despite repeated threats and suppressive measures by the regime. Protesting about the lack of response to their just demands, the enraged workers blocked the Tehran-Ahvaz railway. The suppressive forces attacked the protesting workers, fired teargas to disperse them and arrested a number of the workers.”

“Since the start of the new round of protests by Azarab workers a number of them have been summoned and threatened by the intelligence and security agencies.”

The President-elect of the NCRI hailed the courageous and resilient workers of Azarab and urged the people of Arak, especially the defiant youths, to rise in support of the protesting workers.

Incompetence, corruption & mismanagement are more reasons why people in #Iran are continuing their anti-regime protests.#IranProtestshttps://t.co/e1CUUOUz5Z

Mrs. Maryam Rajavi urged the International Labor Organization, labor syndicates, and unions as well as all advocates of workers’ rights to condemn the anti-labor policies of the mullahs’ regime and support the rights of Iranian workers.