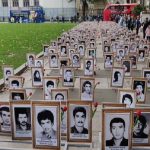 1988 Massacre of MEK Members And Other Political Prisoners Memorials 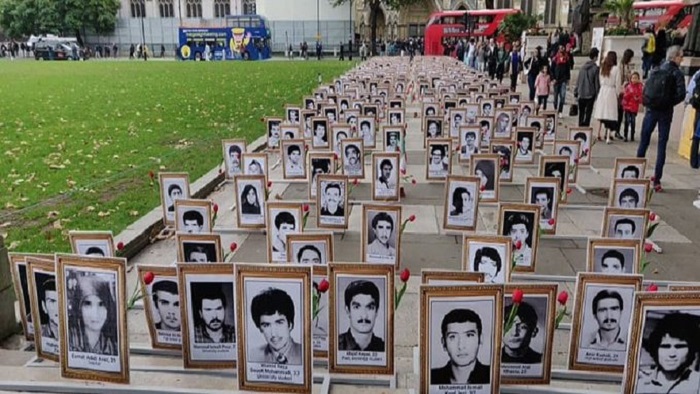 Members of Iranian community & families of the victims of the 1988 Massacre in Iran organized an exhibition in front of the UK parliament & called on the UK Government to recognize mass execution of political prisoners as a crime against humanity, October 6, 2019

Supporters of the main opposition to the Iranian regime gathered in several countries to commemorate the victims of the 1899 massacre of political prisoners, mainly Mujahedin-e Khalq (PMOI/MEK) members and supporters, in Iran. The gatherings coincided with World Day Against the Death Penalty and there were ceremonies held in the Netherlands and in the United Kingdom.

During the course of summer 1988, the Iranian regime executed more than 30,000 political prisoners – most of whom were supporters or members of the People’s Mojahedin Organization of Iran (PMOI / MEK).

More than three decades later, the Iranian regime has still not been held accountable. Some of those involved in carrying out this terrible crime against humanity has even risen through the regime’s ranks, now occupying high-level and senior positions. The country’s justice minister Alireza Avaei and the head of the judiciary Ebrahim Raisi are two such individuals.

Supporters of the Iranian Resistance and the PMOI / MEK in the Netherlands held a ceremony in front of the Dutch parliament in The Hague. They put up an exhibition showing just a few of the regime’s horrific crimes against the people, especially political prisoners, highlighting that the death penalty is used as a way to suppress the people. 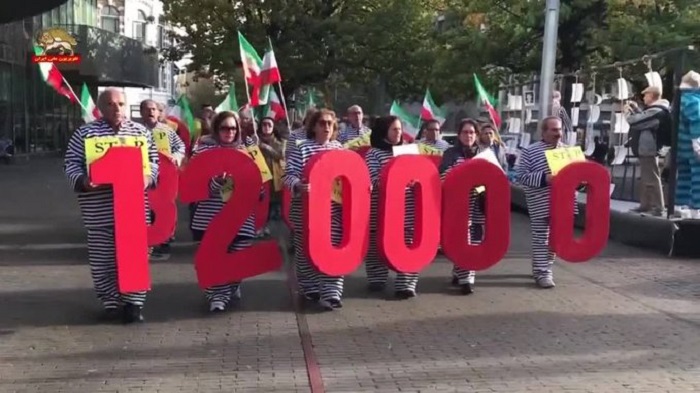 MEK supporters held a demonstration in front of the Netherlands ‘ Parliament to commemorate victims of the 1988 Massacre. October 11, 2019

The supporters of the Resistance paid tribute to those that died in 1988 and called for justice for these victims.

#Netherlands: #MEK supporters condemn #DeathPenalty in #Iran
Report by https://t.co/dhiNJSFUBX
PMOI supporters held a demonstration in front of ??Parliament to commemorate victims of #1988Massacre
They held banners which read “#FreeIran”and"#NoToExecution"https://t.co/DkYX8Bj6bU

Hadi Mozafari who was involved in the organization of the ceremony spoke to the crowds, emphasizing that the policies of appeasement towards this so-called moderate government in Iran must stop. He highlighted that during Rouhani’s time in office, there have been more than 3,800 executions. He and the participants called on the international community to ensure that the regime officials involved in the 1988 massacre are tried in international courts for their crimes.

There was also an exhibition set up in the United Kingdom where supporters of the Resistance gathered in front of parliament. The exhibition included pictures of some of the people that died during the 1988 massacre and it remained in place for 4 days.

Human rights activists, legal experts, and witnesses to the Iranian regime’s crimes and brutality spoke at the event, with the main consensus being that the regime must be held accountable for all of its crimes, especially the 1988 massacre that should not go unpunished for another year.

Tahar Boumedra, a board member of the Justice for Victims of the 1988 Massacre in Iran (JVMI) group and a legal expert, said that the crime the Iranian regime committed 31 years ago is an “atrocious” crime against humanity and the regime’s impunity must end.

A representative of the Iranian communities in London and former political prisoner Reza Fallah said that time has not healed the wounds that that “we will neither forget nor forgive”.

The Iranian regime tried to get rid of the opposition back in 1988, but it has done nothing but make the opposition stronger and more determined to see the regime fall.