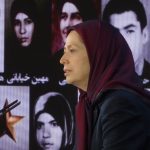 Maryam Rajavi on the World Day against the Death Penalty 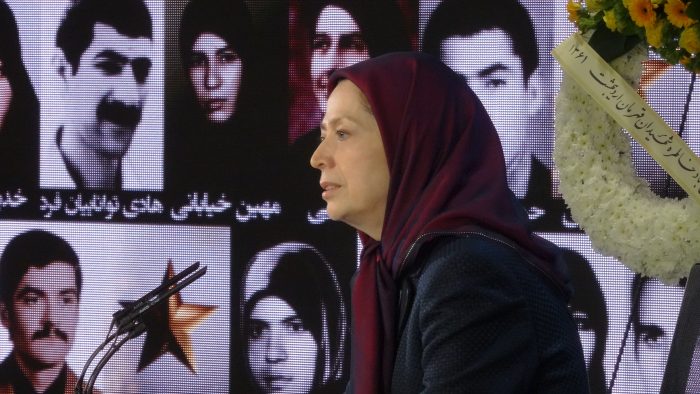 Maryam Rajavi, the President-elect of NCRI delivering speech on the memory of MEK’s martyrs.(file photo)

On October 10, which was the World Day against the Death Penalty, Maryam Rajavi, the leader of the Iranian opposition, president-elect of the National Council of Resistance of Iran (NCRI), gave a speech about execution in Iran, which has stolen the lives of 120,000, Mujahedin-e Khalq (PMOI/MEK) members and supporters.

Rajavi said the sacrifice of the martyrs not only exposed the bloody nature of the mullahs’ religious dictatorship but also helped raise support for banning the death penalty in Iran; something that she is sure will happen as soon as the mullahs are overthrown.

Rajavi said: “Over the past 40 years, the cycle of executions of youths in Iran actually perpetuated the rule of the mullahs’ religious tyranny. Such bloody insanity has created an atmosphere of suppression and terror crucial to preserving the mullahs’ decadent regime, on the one hand. And on the other, it provided a mechanism for training ruthless mercenaries to take on the rule. Their fieldwork included interrogation and torture of victims, laying the hanging noose around their necks or giving them the coup de grace. Having passed this course, Ebrahim Raisi, an executioner involved in the 1988 massacre, has now become the head of the Judiciary.”

Rajavi noted that there were 253 executions in Iran in 2018 alone, according to international bodies, but that this was only a small number because many executions are carried out secretly. She also highlighted that at least four of these executions were carried out on juvenile offenders, while the number of executions of political prisoners has increased dramatically over that period.

She then mentioned the murder of a political prisoner that was planned by prison authorities in Greater Tehran Prison in June and the execution of three political prisoners in Dezful and Kazerun in July and August, before citing the secret executions of 22 Arab compatriots in November 2018, as reported by Amnesty International.

Rajavi said that these executions, combined with the Regime’s brutal suppression of the Iranian people, makes it all the more urgent for the United Nations and international human rights bodies to investigate how political prisoners are being treated in Iran. She warned against allowing the regime to threaten the lives of political prisoners in a desperate effort to counter the protest movement, pointing out that appeasement has only led to more executions.

Rajavi said:  “Appeasement is what the clerical regime relies upon to export their terrorism by taking advantage of their diplomatic facilities on European soil and through warmongering in the region… To stand up to a regime which is the main threat to global peace and security, all governments need to make their ties and commerce with the clerical regime contingent on end to executions and torture in Iran.”

She advised that the dossier on human rights abuses in Iran must be referred to the UN Security Council and the International Tribunal, that the UN should pressure the regime to admit their fact-finding delegation to prisons where political prisoners are held, and that the international community should recognize the Iranian people’s right to a “sovereign republic”.