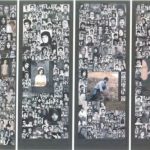 Iran: The Number One State in Death Penalty Per Capita in the world 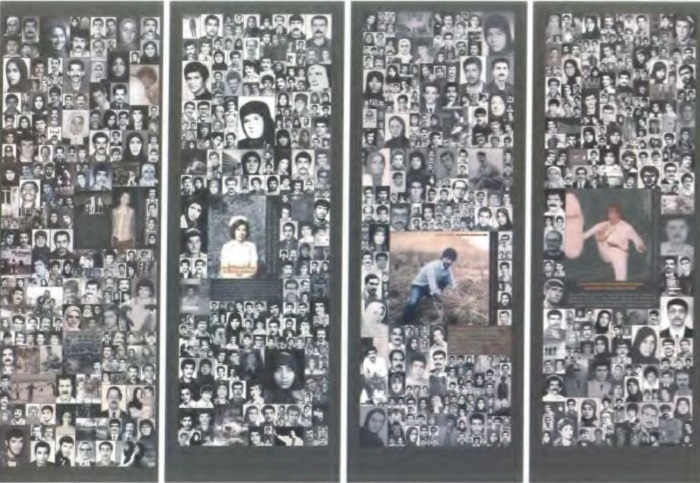 Tenth of October, is the international day against the Death penalty; however, in Iran under the current despotic regime of mullahs, gallows are everywhere to take the lives of citizens every day. According to the annual report of Amnesty International Iran is still the number one state in execution per-capita as well as in torture and lack of legal procedures.

The Iranian regime is widely using the death penalty to terrorize and intimidate society. In many occasions, it uses this apparatus to target political and conscience opponents, and also ethnic and religious minorities in a discriminative manner.

Last year, Ali Khamenei, Supreme Leader of the Iranian regime, appointed Ebrahim Raeesi, the key figure in the Death Committee during the 1988 massacre in Iran, that sent 30000 MEK members and supporters to the gallows, as the head of Judiciary. Since Raissi took the office the number of executions has raised dramatically.

Robert Paladino, the US State Department speak person, in a Tweet in March 2019 wrote:

” Ebrahim Raeesi, involved in mass executions of political prisoners, was chosen to lead #Iran’s judiciary. What a disgrace! The regime makes a mockery of the legal process by allowing unfair trials and inhumane prison conditions. Iranians deserve better!”

According to the State-run agency, IRNA, 18 June 2019, Gholam-Hossein Mohseni-Eje’ i, first deputy of regime’s Judiciary, admitted that just during the first three months of this year, there had been 350 death sentences and 250 more are under consideration. During August, 40 death sentences have been issued in Iran. In a statement on 8 August 2019, the National Council of Resistance of Iran (NCRI) stated that there have been 46 executions for five weeks, 39 just in July.

Gross violation of human rights since Rouhani took office, clearly shows the dire situation in Iran. According to the human rights organizations, in the last five and half years, during Rouhani’s presidency, 400 people have been executed, 56 per month; with ninety-seven women executed in this period. 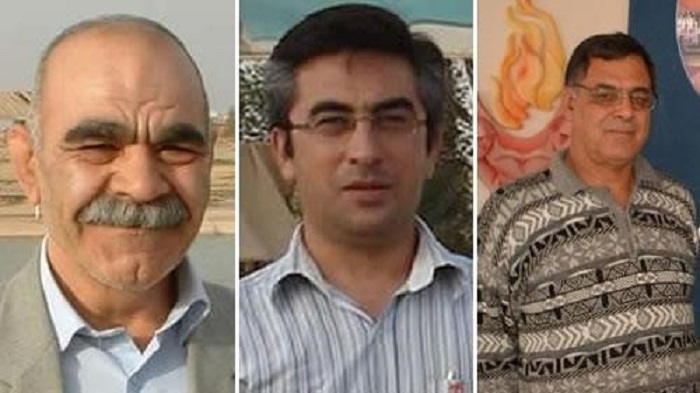 Political prisoners Kazemi and Haj-Aghaie  (Jan 2011), and Ali Saremi(Dec 2010), all supporters of MEK executed by the Iranian regime

Based on statistics released by Mujahedin-e Khalq (PMOI/MEK), 120,000 Iranians have been killed by the Iranian regime. MEK has published the names and particulars of 20,000 of MEK members and supporters in two books, “Crime against Humanity”, and in “Fallen for Freedom”.

In an unprecedented crime against humanity since world war two, 30,000 political prisoners, mainly MEK members and supporters were executed in cold blood in just a few months in 1988 on direct orders of Khomeini, the founder of the mullahs’ regime.

Executions of ethnic and religious minorities, such as Kurds, Arabs, Baluchis, Sunnis, and Baha’is have turned to a routine in Iran. 22 prisoners of conscience, Sunnis, were killed in a mass execution on 2 August 2016.

NO death penalty in a Free Iran

Our resistance movement seeks to establish a society devoid of torture or executions, a republic based on freedom, democracy and separation of religion &state which will cherish human rights and gender equality as its highest principles #Iran #NoDeathPenalty #NoImpunity4Mullahs pic.twitter.com/zd2yGds2PL

On 10 October 2015, in a speech delivered to a conference on the International Day against Death penalty Mrs. Maryam Rajavi, the President-elect of the NCRI, said:

“Our plan for future is an Iran without the death penalty, obliterating the mullahs’ religious decrees and establishing an independent judiciary, defending democratic values, freedom, equality, and sanctity of every citizen’s private life; no one will be arrested arbitrarily and torture is banned.”