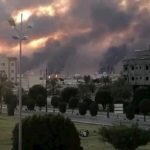 Iran is behind attacks on Saudi oil facilities 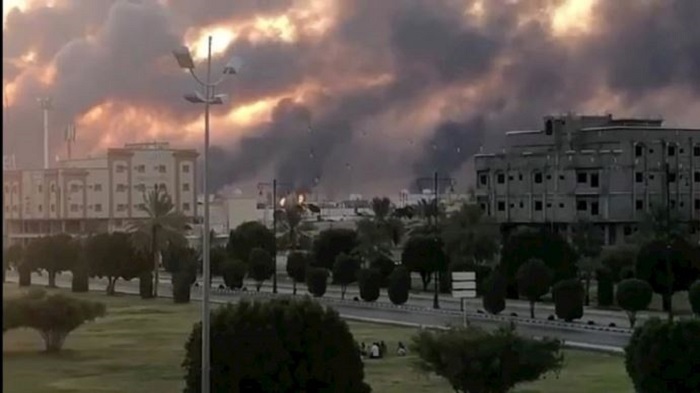 After weeks of making no comments on the most urgent matters of the nation, Khamenei broke his silence and said that there will be no talks with the US unless it repents. The Iranian regime’s leader poured cold water on European relentless efforts to set the stage for a possible meeting between the US President and Hassan Rouhani on the sidelines of UN General Assembly. He said: “Some Europeans [counties] are in the middle of … insisting on having a meeting with the President of the United States, [they] say all your problems will be solved to prove that maximum pressure is a successful policy. On the contrary, we must prove that the policy of maximum pressure is not worth an iota.”  Khamenei’s comments came a day after President Trump said that news of possible talks between him and Rouhani was “fake news.”

From the first minutes after the heavy attacks on Saudi Arabia’s oil fields and refinery, fingers pointed at the mullahs’ regime for being behind the attacks. Although his proxies in Yemen rushed to claim responsibly hardly anyone took them seriously.

Khamenei gambled his entire regime by the attacks. He has very limited options at this point. According to his own fanatical experts, Iran is a bankrupt state. Not only his coffer does not cover the daily affairs of the state but he has to carry the load of financing his proxies throughout the Middle East.

Ahmad Zidabadi, a government official points out that this campaign and its promotion are essentially for domestic consumption. “Promoting such a policy is, for the most part, domestic consumption and mainly inspires forces that are sometimes worried about their future,” he wrote. “Attacks on Saudi oil facilities while the US points fingers at Iran, in this case, illustrates the overwhelming security and stability risks in the Gulf region,” Zaidabadi warns. Even now, those factions in the country which have been convinced that the war in the Persian Gulf will not happen are convinced that conflict is possible. ”

Another Iranian regime’s expert, Ali Bigdeli, wrote in the government-run Arman daily that although the regime’s officials did not accept responsibility for the attack on Saudi Arabia’s oil facilities, they warned of the dangerous consequences of such actions. Bigdeli said that the US has already concluded:” Based on the satellite images obtained, we may have new information that Iran was behind it, using bases near the Persian Gulf. “Although we may think the attack was a demonstration of Houthis’ power, it could have unfortunate consequences because it threatens the security of the world.”

What is the logic behind taking such high risk?

No one in its right mind would take such a high risk of being wiped off the map unless his back is against the wall. Khamenei is precisely in that situation.

Although the Iranian regime gambled everything by attacking Saudi oil fields and the world’s largest refinery but it is not entirely wrong in counting on those in the West that are still willing to turn a blind eye on its belligerence in the region.

Mrs. Maryam Rajavi, President-elect of the National Council of Resistance of Iran (NCRI) stated that the attack on a neighboring country’s oil installations was a major step and a new phase in the warmongering aggressions of the religious dictatorship ruling Iran, adding that exerting power and decisiveness is the only language the mullahs understand.

She added that inaction only emboldens this medieval regime, whose primary victims are the Iranian people, emphasizing that the ultimate solution to rid the world of Iran’s ruling religious fascism as the source of all crises in the region is a change of this illegitimate regime by the Iranian people and their organized resistance movement.

The Iranian regime will no doubt fall, it is only a matter of time.