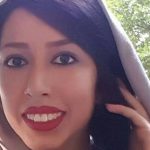 This Week in Iran: Harsh Sentences for Activists, Executions, and Prison Beatings 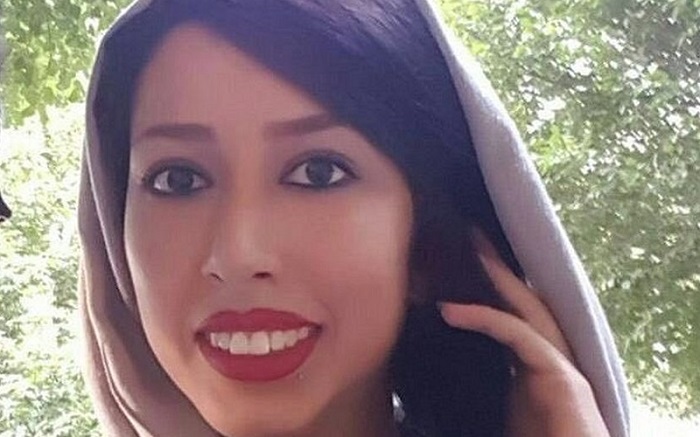 Saba Kurd Afshar, human right activist, sentenced to 24 years in prison in Iran for protesting against the compulsory veiling.

Iranian women’s rights activist Saba Kord Afshari was sentenced to 24 years in prison this week for protesting the compulsory hijab and refusing to make a televised “confession.” The sentence, which was handed down by the Revolutionary Court in Tehran, is yet another example of the regime’s use of suppression and intimidation to stifle dissent.

Ms. Afshari was arrested on August 2, 2018, during protests in Daneshjoo Park in Tehran. She was detained in Qarchak Prison until her conviction for “disruption of public order.” She was then transferred to the women’s ward of the notorious Evin Prison in Tehran, where she was held until her release in February 2019.

Tehran’s Court sentenced #civilactivist Saba Kord Afshari to 24 years in prison. https://t.co/YnwRqZc2gQ#G7Biarritz
Be the voice of #humanrights defenders and #civilactivists in #Iran instead of giving voice & support to the repressive regime & it's ministers. pic.twitter.com/i3LzClFrXd

Afshari was arrested again on June 1, 2019, and has been detained since then. She was first taken to Qarchak Prison and then transferred to Ward 2A of Evin Prison in July, which is controlled by the Intelligence Department of the Revolutionary Guards. Intelligence agents at Evin Prison pressured her to make false confessions, which she has steadfastly refused to do, according to the Women’s Committee of the National Council of Resistance of Iran (NCRI). Agents even went so far as to arrest Ms. Afshari’s mother in a further attempt to coerce a confession, to no avail. Ms. Afshari was sent back to Qarchak after it became clear that she would not make a false confession and was then transferred once more to the women’s ward of Evin Prison on August 13, 2019, shortly before her trial began.

Ms. Afshari, who is in her early 20s, faced trial in Branch 26 of Tehran’s Revolutionary Court on August 19, 2019 on charges of “propaganda against the State,” “association and collusion aimed at national security,” and “promoting corruption and prostitution by removing her veil and walking in the streets without the veil.”

She faced a maximum of 15 years for violating the regime’s compulsory hijab (veil), but the sentence was increased by half because she faced “numerous charges” and had a “previous record.”

Tehran’s Court sentenced civil activist Saba Kord Afshari to 24 years in prison. She was repeatedly pressured to make video confessions, something that she strongly resisted and refused to do. #Iran #HumanRights https://t.co/U6ublCjNAL

On Monday, August 26, 2019, nine civil rights activists were sentenced to a total of 54 years of prison on charges of “association and collusion against national security” and “propaganda against the state.”

A man known only as “H” was publicly executed in the city of Babol in Mazandaran Province, northern Iran, early in the morning on Monday, August 26th. The 25-year-old man was hanged in the city’s Babolkenar Park.

This week, the regime carried out its 94th execution of a woman in prison since “moderate” President Hassan Rouhani took office. The woman was executed in the city of Mashhad.

The Mujahedin-e Khalq/ MEK has repeatedly called for Rouhani and other officials of the Iranian regime to be blacklisted from the international community for their human rights violations. The regime conducts the highest number of executions per capita in the world and has been condemned by the United Nations on 65 separate occasions for its human rights record.

The guards began the unprovoked attack with vulgar insults and harassment, then progressed to physical assault. Prisoner Shahin Sheikhan protested the attacks and was severely beaten and transferred to solitary confinement, according to Mujahedin-e Khalq/MEK sources inside Iran.