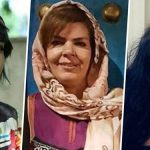 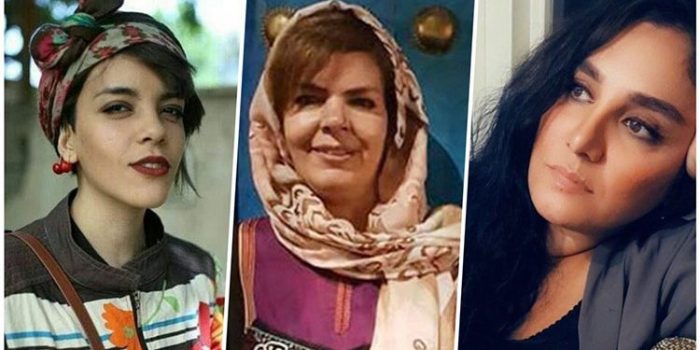 Photo credit to Women.NCR-Iran.org-Iranian activists sentenced to heavy prison sentences for disobeying the repressive dress code for women in Iran.

Three Iranian women were each given ten-year prison sentences for violating the Iranian regime’s laws on mandatory veiling in public. Yasaman Ariaie; her mother, Monireh Arabshahi; and Mojgan Keshavarz, were sentenced to a total of 55 years and six months in prison on a variety of charges stemming from their civil rights work and their noncompliance with compulsory hijab.

Yasaman Aryani, Monireh Arabshahi, and Mojgan Keshavar sentenced in absence of lawyers to a total of 55 yrs and 6months prison all of which must be implemented. https://t.co/70gUE1dfQf

The sentences were handed down on July 31st by Judge Moghiseh in the 28th Branch of the Revolutionary Court in Tehran. The civil rights activists’ lawyers were not allowed to be present at the sentencing.

Judge Moghiseh sentenced Ariaie, Arabshahi, and Keshavarz to five years in prison for “assembly and collusion with the intent of acting against national security,” one year for “spreading propaganda against the state,” and ten years for “encouraging and providing the means for moral corruption.” Mojgan Keshavarz was given an additional seven years and six months in prison for “blasphemy.”

The ten-year sentences for “encouraging and providing the means for moral corruption” were imposed due to the activists’ failure to comply with compulsory public veiling laws.

A source present at the court proceedings described Judge Moghiseh’s treatment of the activists as “unsuitable and insulting.” Moghiseh verbally abused the women as he read his verdict.

Judge Moghiseh threatened the three women with long sentences in the notorious Qarchak Prison and barred their lawyers from following up with legal procedures until his verdict was announced.

According to Amir Raiesian, Ariaie and Arabshahi’s lawyer, attorneys were prohibited from attending court proceedings and legal procedures.

Yasaman Ariaie was arrested on April 10th for not violating the mandatory veil. Her mother, political prisoner Monireh Arabshahi, was arrested the following day. They are both currently being held in Section 5 of Qarchak Prison. Section 5 generally holds foreign nationals.

Mojgan Keshavarz was arrested in her home on April 25th for not observing the compulsory veil in public. She was transferred to Qarchak Prison six days later.

Yasaman Ariaie was recently the victim of a violent assault by an inmate at Qarchak. The prisoner struck her repeatedly in the shoulder blade.

The MEK strongly opposes laws that govern the way women dress. The MEK’s political platform specifically states that women should have full gender equality, including the right to choose their own clothing.

The MEK’s political platform also states, “We believe in the rule of law and justice. We want to set up a modern judicial system based on the principles of presumption of innocence, the right to defense, effective judicial protection and the right to be tried in a public court. We also seek the total independence of judges. The mullahs’ Sharia law will be abolished.”

No one in a free country should be arrested under Islamic law or stand trial without the full benefit of legal representation.

A new era will dawn in Iran, a society based on democracy/separation of religion & state, &gender equality #FreeIran pic.twitter.com/Pkw89owIVj

Mrs. Maryam Rajavi and the National Council of Resistance of Iran (NCRI) are fighting to end the oppressive dictatorship that imprisons women for daring to walk outside without covering their hair and conducts sham trials without allowing defendants legal representation.