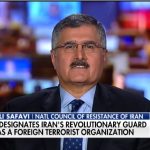 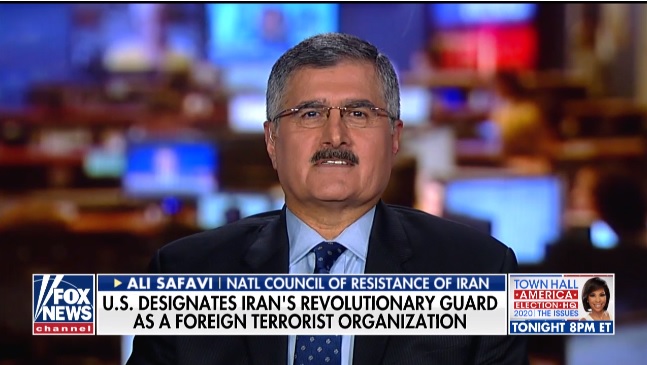 Ali Safavi of the National Council of Resistance of Iran’s (NCRI) Foreign Affairs Committee penned an op-ed article in Lima Charlie World. Within the piece, he demonstrates that the Iranian regime’s crackdown on the opposition movement stems from the movement’s rapidly increasing support among the Iranian people.

The People’s Mujahedin Organisation of Iran (MEK Iran), Iran’s largest and most popular opposition group, has played a central role in organizing protests and mobilizing the Iranian public against the clerical regime.

A Group Under Attack

Its relentless commitment to protecting the human rights of Iranian people has put it in the regime’s crosshairs. As a result, the regime has sought to demonize, discredit, attack, murder and terrorize the MEK. In 2018, the regime launched a string of terror attacks and assassination attempts against the group.

“Tehran routinely refers to the MEK as an “existential threat” and subjects sympathizers to prison, torture, and death by hanging,” Safavi writes. He described how since 1979 the Iranian regime has executed more than 100,000 political opponents, many of whom were MEK members.

In the summer of 1988 alone, the regime systematically rounded up and executed more than 30,000 MEK members and sympathizers.

The regime has begun publicly acknowledging the threat the MEK poses to its future in power. Regime officials have also begun publicly referring to the violent crackdowns and efforts to curb the opposition’s activities.

Iran’s increasing crackdown on the #MEK, an activist group accused by the mullahs of organizing mass protests, proves the group is the main alternative to the current Iranian regime – OPINION by @amsafavihttps://t.co/tjrZWpeTPn

In April 2019, Mahmoud Alavi, the Minister of the Ministry of Intelligence and Security (MOIS) publicly confirmed that the regime had “confronted” and “dealt with” 116 MEK resistance units across Iran in the last twelve months.

Later the same month, the MOIS Director General for East Azerbaijan Province announced that 60 MEK members had been arrested as part of a crackdown.

In Tehran, just weeks ago, a MEK member was sentenced to death. Three others received prison sentences for engaging in peaceful demonstrations against the regime.

These comments reflect “a small sample” of the true numbers of MEK activists languishing behind bars, Safavi writes.

The recent crackdown, Safavi argues, illustrates that the regime is becoming increasingly nervous. “That is why it is on the hunt for anyone associated with the MEK,” he writes.

The regime has employed the same strategy before. When it was threatened in 2009 by a wave of public protests and outcry, it hanged MEK supporters.

The regime used an extensive demonization campaign to justify its violence against the MEK. The regime has accused the MEK and its president-elect, Maryam Rajavi, of being involved in terrorist acts. “Yet, a French investigative magistrate concluded after an eight-year investigation that the MEK’s military operations, which were unilaterally halted in 2001, were not terrorism, but rather resistance against tyranny,” Safavi writes.

MEK Will Not Be Silenced

The MEK is expanding its operations. It has established “Units of Rebellion” across Iran, each one committed to confronting the regime’s activities of suppression. The regime has carried out a wave of arrests.

The MEK’s efficient and effective organizational structure has allowed it to build a resilient network of activists across the country, committed to realizing the Iranian public’s dream of a democratic Iran. However, it needs the support of the international community.

“Let’s send another strong message to Tehran that its terrorism is no longer tolerated,” Safavi concluded.