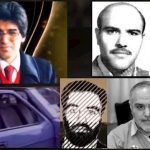 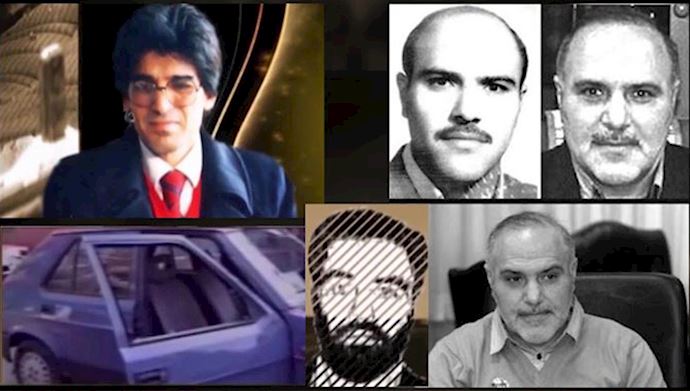 The National Council of Resistance of Iran (NCRI), including the MEK, is calling for the prosecution of former Islamic Revolutionary Guards Corps (IRGC) member Ghafour Derjezi (also known with the name Amir Mansur Assl Bozorgian) and former Iranian regime ambassador to Italy Hamid Abutalebi after startling revelations of their involvement came to light about their involvement in the assassinations of opposition members.

@MostafaMe4:GhaforDarjazii an #IRGC commander, on the name Mostafa Modabber as director of Saipa Sports Club has participated under the name of Mansour Bozorgian in assassination of #Iran opponents Ghasemlo in Austria and Mohamed Hossein Naqdi in Italy #BlacklistIRGC @GlobalCRL

According to Ali Daei, former head of the Saipa football club in Tehran, Derjezi has been using the name Mostafa Modaber in order to conceal his past. Derjezi was responsible for the assassinations of a number of opposition figures, most notably Mohammad Hossein Naghdi, former representative of NCRI in Italy.

Derjezi, who is also known as Amir Mansour Bozorgian, carried out the assassination of Naghdi in Rome, Italy, on March 16, 1994, on the order of Hamid Abutalebi, Tehran’s then-ambassador to Italy. Abutalebi currently serves as an advisor to regime President Hassan Rouhani.

After the Islamic Revolution in 1979, Derjezi worked as an operative of the regime’s Ministry of Intelligence and Security (MOIS) in Fort Ramadan of Kermanshah. He played a role in the 1989 assassination of Iranian Kurdish dissident leader Abdul Rahman Ghassemlou in Austria.

Mohammad Hossein Naghdi initially served as a member of the Iranian regime’s diplomatic team in Italy. He resigned from his post in 1981 in protest of the regime’s corruption and joined the NCRI. After the 1988 death of regime founder and first Supreme Leader Ruhollah Khomeini, current Supreme Leader Ali Khamenei issued an order calling for Naghdi to be assassinated.

Abutalebi formed one team to provide logistics and a second to carry out the actual assassination. Derjezi, also known as Ami Mansour Bozorgian at the time, was given the position of commander of the logistics team. He was also given the responsibility of coordinating the assassination team on the ground. On the day of the assassination, Derjezi gave the order to fire.

After Naghdi’s assassination, Derjezi returned to Iran and worked in a number of administrative roles in the Secretariat office of the Supreme National Security Council, as the head of the regime’s state radio/TV organization’s security branch, as the head of the state radio/TV Commerce Union, and as director general of security matters overlooking the regime’s Majlis (parliament).

Derjezi is now the Director General of the Saipa football club, using the name Mostafa Modaber. Daei’s revelation about Derjezi’s dark past has intensified pressure on the Iranian regime, which now has to deal with the potential consequences of having a former IRGC member in charge of a football club. Because of the recent U.S. designation of the Revolutionary Guards as a terrorist organization, any person or organization who provides support or funding to an organization or entity tied to the IRGC may face criminal or civil prosecution. Regime officials are scrambling to hide past ties to the IRGC.