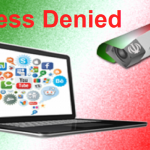 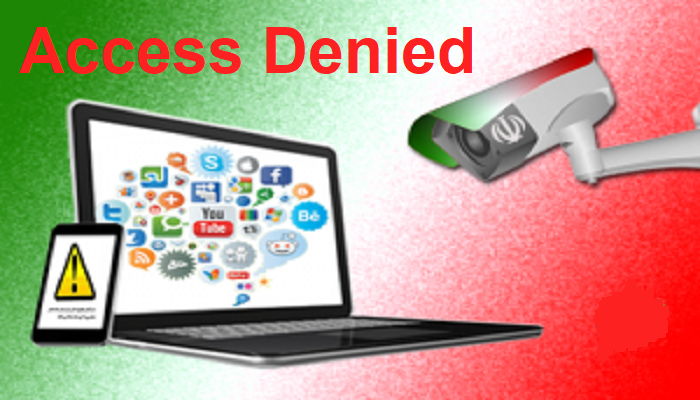 Internet access is filtered in Iran under the ruling religious dictatorship.

The unrestricted use of the Internet and social media has become a serious issue for the mullahs’ regime. The availability of encrypted messaging applications has given the Iranian people the ability to bypass regime filtering to share news and information.

As the Iranian people continue to lose faith in state-run media, they increasingly turn to the Internet and social media sources for information. Over the past year, the MEK has successfully used social media to organize protests and spread information about the regime’s corruption. This has helped foster the growth of the protest movement within Iran and has caused panic among the mullahs, who fear widespread rebellion and the ultimate overthrow of the ruling regime.

Regime Friday prayer imams, who are considered the mouthpieces of the mullahs, repeat the Supreme Leader’s rhetoric to people across the country in their sermons each week. Through these sermons, it is possible to see the regime’s current fears and insecurities.

The Internet Must Be Censored

Dejkam first argued that the Internet must be censored in order to prevent people from freely exchanging information, saying, “On the Internet, there is conduct that must be observed carefully. It is not right to allow people to say and do whatever they want on the Internet.

The head of the Cyber Police in Khuzestan said that 24 internet activists were identified and detained for reporting on the devastating floods in the southwestern province, #iran, according to the judiciary’s news agency Mizan Online.

The imam went on to echo the regime’s position that the FATA (the regime’s Internet police) and other repressive authorities should step up their efforts to prevent the free flow of information.

“It is an area in which both FATA units and the judiciary can get involved in. There should undoubtedly be some kind of control by the authorities,” Dejkam said.

The Internet Must Be Free

In the same sermon, Dejkam complained that Google and Instagram had removed or blocked accounts belonging to regime Supreme Leader Ali Khamenei and Islamic Revolutionary Guards (IRGC) leaders, arguing that regime leaders should be free to speak online without fear of censorship.

#Instagram Takes Down #Iran Regime's Leader and #IRGC Accounts After US Terror Designation
Social media site Instagram blocked the IRGC commanders and Supreme Leader Ali Khamenei on Tuesday in order to comply with US sanctions on Iran.https://t.co/5gQbZBUqlM
#BlackListIRGC pic.twitter.com/0A5fRBsR7x

“They were talking so much about the internet being free! It is free! People can say whatever they want. But they block even one sentence from us, against the leader [Khamenei, whose Instagram account was briefly suspended] and others [IRGC commanders whose Instagram accounts were blocked]. Let them be heard. Those who close down these accounts are cowards,” Dejkam said indignantly.

He went on to threaten the international social media giants, saying, “they cannot achieve anything through silencing us.”

Dejkam and the regime’s leadership would do well to take heed of these words. The Iranian people will not be silenced. The regime’s attempts to censor online communication have failed and will continue to fail. The MEK has provided an alternative to state-run propaganda and has given Iranians a place to share their outrage about the regime’s corruption and to organize for regime change.

Meanwhile, social media platforms such as Facebook are removing the accounts of IRGC leaders in the wake of the designation of the Revolutionary Guards as a Foreign Terrorist Organization (FTO). Facebook, which owns Instagram, has one billion members and is one of the largest corporations in the world. The regime’s threats to both its own people and to social media platforms are hollow and desperate.