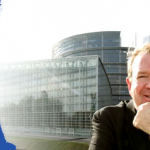 Struan Stevenson, the former MEP, considers the #IRGC FTO designation by the U.S. a further nail in the coffin for the clerical dictatorship ruling Iran.

The former member of the European Parliament Struan Stevenson published an op-ed in the Scotsman. In the piece, entitled ‘Donald Trump is intent on Downfall of This Fascist Regime’, Stevenson welcomes the US governments recent pressure on the Iranian regime and describes how ordinary Iranians are increasingly turning away from the regime and protesting its mismanagement of Iranian resources and rampant human rights abuses.

“Donald Trump’s decision to cancel the temporary waivers that had enabled countries like Iraq, Turkey, India, Japan, and China to continue purchasing Iranian oil without breaching US sanctions has hammered the final nail into the mullahs’ coffin,” Stevenson writes.

The decision constricts the flow of finances into the mullahs’ coffers and prevents them from increasing their spending on repressive mechanisms and efforts to destabilize other Middle Eastern nations.

The Iranian regime, through its Revolutionary Guards (IRGC), has funneled money to the militia and terrorist groups across the Middle East and beyond. Its proxies have been active in Yemen, Syria, and Lebanon. The abrupt end of its oil exports will reduce its ability to provide these financial resources to groups like Hezbollah and Hamas.

Stevenson describes how President Trumps decision to withdraw from the nuclear agreement signed under Obama and reintroduction of economic sanctions against the Iranian dictatorship is putting increased economic strain on the regime. “the Iranian economy was already in freefall,” he writes, “with the rial collapsing and inflation soaring against a background of nationwide protests.”

My article in @UPI on #Iran's thuggish regime
The announcement by Trump to designate the #IRGC as a foreign terrorist organization is a further nail in the coffin for the clerical dictatorship#HumanRights #MEK #IRGCTerrorists @SecPompeo @AmbJohnBolton https://t.co/VNq58Wr2zt

The US government’s most recent move to isolate the Iranian regime and cut off the resources at its disposal was announced by Secretary of State Mike Pompeo last week. Pompeo revealed that the US would add the IRGC to its international terror blacklist.

The listing will effectively make it a crime for any US citizen or organization to provide advice, services, assistance, money, or resources to the IRGC. Given the IRGC controls around 90% of the Iranian economy, “it will be virtually impossible for anyone to trade with Iran without breaching US sanctions or facing severe penalties for dealing with a listed terrorist organization,” Stevenson predicted. 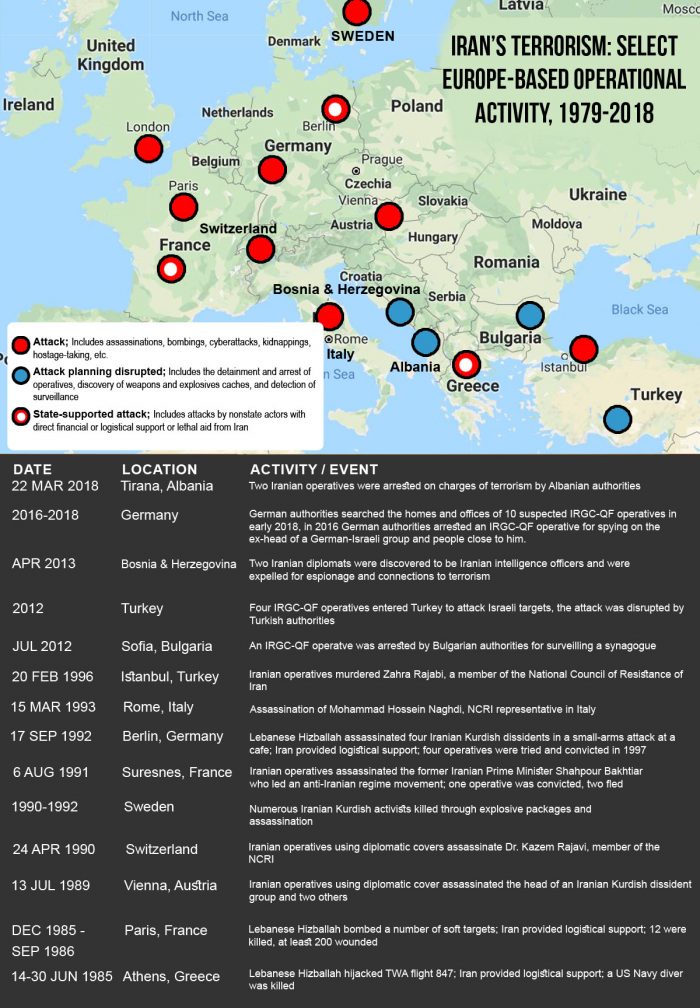 For Stevenson and the Iranian opposition including the People’s Mujahedin Organization of Iran (MEK), the US must go further and add the Iranian Ministry of Intelligence (MOIS) to the same foreign terrorist organization (FTO) blacklist.

The MOIS coordinates Iran’s elaborate global network of spies and terrorists. Last year it was behind a number of failed attacks in the US, France, and Albania, the most severe of which was thwarted when a Belgian-Iranian couple was found carrying 500g of homemade explosives destined for the MEK’s annual Grand Gathering event in Paris. An Iranian diplomat had provided the couple with the explosive device along with precise instructions of where and how to coordinate the attack on the Iranian opposition group and its allies.

While disaster was narrowly averted, for the more than 100,000 attendees, including President Trump’s personal lawyer Rudy Giuliani, it was undoubtedly a traumatizing ordeal.

In a similar incident, Albanian President Edi Rama expelled the Iranian Ambassador and his First Secretary. The president cited national security concerns, suggesting that the pair posed a risk to Albanian security and the country’s inhabitants.

“Once again, these ‘so-called’ diplomats were revealed as trained MOIS agents who had been plotting bomb attacks and assassinations of regime opponents in Albania,” Stevenson writes.” There are growing demands for Iran’s embassies, which are clearly being used as bomb factories and terrorist cells, to be closed down throughout the EU.”

At home, the international isolation of the regime is becoming a source of frustration for the Iranian public. Protests rack Iran’s cities on a near daily basis, with the Iranian population calling explicitly for regime change.

The public is demonstrating. They will no longer tolerate the regime’s violence, economic mismanagement, and lies. They chant, “the enemy is here, not in America!”

“They have watched as the elderly, bearded, misogynistic mullahs have corruptly enriched themselves while also sponsoring international terrorism and proxy wars,” Stevenson writes. They will no longer stand by while Iranian finances are funneled to despots and terrorists abroad.

In response to the growing protest movement, the mullahs have sent the IRGC, its main repressive organ, to silence and arrest protestors. Several of those arrested have been tortured to death in regime custody. Many more languish in squalid conditions in Iranian prisons and are subject to show trials and routine beatings.

In the wake of recent flooding, the mullahs even resorted to contracting foreign mercenaries to silence protestors and quell public dissent. Rather than make the IRGC’s helicopters, boats, and shelters available to the Iranian public, they withheld them, leaving the public to organize relief and rescue efforts themselves.

“Eighty million Iranians have lost their fear,” Stevenson writes, “they have watched as the appeasement policy of the Obama administration and his EU allies has been consigned to the dustbins of history. They long for the freedom, justice, human rights, women’s rights, an end to the death penalty, an end to the nuclear threat and the restoration of a secular democracy that is being offered by the main and best-organized opposition movement, the Mojahedin e-Khalq (MEK).”

With the US president taking a firmer approach against the brutal dictatorship in Iran, the Iranian public feel empowered to protest and defy the regime’s tyranny. MEK resistance units are active across Iran offering hope and opposing the regime’s crimes wherever they occur.

Stevenson concludes: “The Iranian population now recognizes that they have support in the West. They know that the US administration will continue to turn the screw until this evil regime is replaced and peace and stability in the Middle East and worldwide can be restored.”