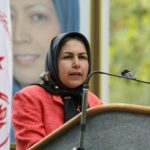 The NCRI’S Washington D.C. Representative Welcomes the Blacklisting of the IRGC

The Books published on IRGC’s terrorist activities inside Iran and abroad by the National Council of Resistance of Iran (NCRI) during the recent years calling for the blacklisting of the IRGC. 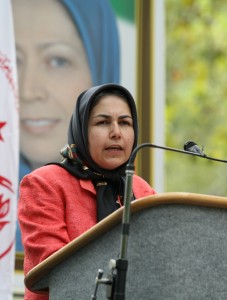 Soona Samsami, the National Council of Resistance of Iran (NCRI) representative for Washington D.C., welcomed the US State Department’s designation of the Iranian regime’s IRGC as a foreign terrorist organization (FTO).

The designation from the Trump administration made it unlawful for any US citizen to provide financial assistance, resources, services or advice to the IRGC and its subsidiaries, the Quds Force, Basij Organization, Aerospace Force, Navy and Ground Forces.

“The IRGC is not just a terror machine. It controls the lion’s share of the Iranian economy. It controls many economic conglomerates, from oil, gas, and petrochemicals to pharmaceutical, food and farm products to banking, investment, the auto, airline, aerospace, and shipping industries.”

Previous estimates have suggested that the IRGC controls half of the Iranian economy while 80% of Iranians live below the international poverty line.

For Samsami and the NCRI, the next step is to sustain and increase the pressure on the regime’s organs of repression. Beyond the IRGC, the regime has the Ministry of Intelligence (MOIS) which it uses to coordinate international terror attacks against members of the opposition living abroad.

In 2018, the MOIS was behind several failed terror plots, in the US, France, and Albania. The most extreme was foiled in June when a Belgian-Iranian couple was detained while traveling to the People’s Mujahedin Organisation of Iran’s (MEK’s) annual Grand Gathering event. The pair had homemade explosives and planned to detonate a car bomb at the event.

“Just in 2018, five Iranian regime diplomats, including an Ambassador, were expelled from France, the Netherlands and Albania, all on terrorism charges,” Samsami said. “A dozen other MOIS agents have been detained in Europe and the United States.”

The MEK has played a central role in exposing the terrorist activities of the regime and its use of the IRGC and MOIS for violent purposes. In books and press conferences, the pro-democracy group revealed the existence of 15 training camps where IRGC forces trained terrorists and radicalized foreign recruits. The MEK also exposed the network of embassies and diplomatic buildings the regime uses to coordinate its terror attacks on foreign soil.

The MEK also exposed the regime’s missile development programs, the IRGC’s involvement in wars across the region and its cyberespionage activities. It was the MEK’s revelation that the regime was using sites in Natanz and Arak to develop nuclear weapons that led to the IAEA’s inspection of the sites.

FTO designation of IRGC is the long-standing and rightful demand of the Iranian Resistance, an imperative for regional, peace and stability, urgent & necessary step to end war & terrorism in the region & the world. #Iran #BlackListIRGC #BlackListMOIS

This relentless pursuit of the truth and willingness to confront the regime’s violence and brutality wherever it occurs has put the MEK in the regime’s crosshairs. Its members are often the targets of assassination attempts abroad and its event are key objectives for the regime’s terror apparatus.

The FTO designation of the IRGC appears to have had the desired effect. Senior regime officials including the Supreme Leader Khamenei and President Hassan Rouhani have made a series of retaliatory threats.

In an attempt to boost the IRGC morale, many officials and journalists wore IRGC uniforms last week in a move that drew international criticism and public jest.

Samsami outlined her vision for the next phase of pressure.

“With IRGC’s FTO designation now in effect, the next step is to implement the provisions the designation entails. As such, every effort must be made to be made to prevent the Iranian regime from exporting any oil, whose revenues it uses to continue its brutal crackdown of dissent at home and foment instability, chaos and terrorism in the region and beyond.”