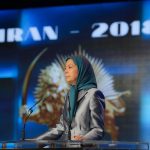 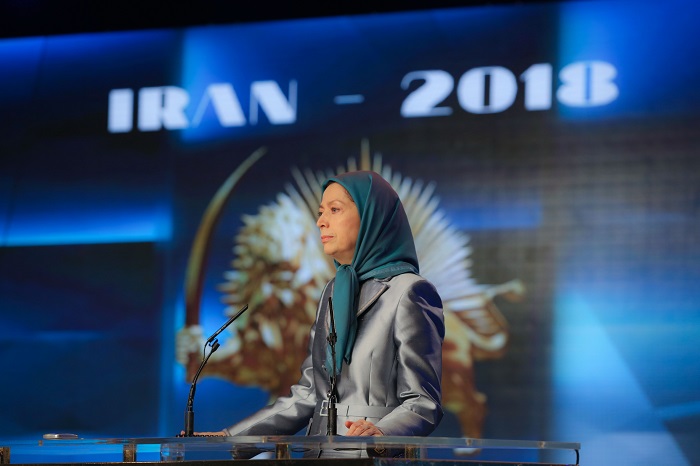 Albania announced on Wednesday that it had expelled two Iranian regime diplomats from the country. On Thursday, Mrs. Maryam Rajavi, President-elect of the National Council of Resistance of Iran (NCRI), released a statement in support of the expulsion.

Mrs. Rajavi said that the “courageous act” was a necessary response to terrorism and the Iranian regime and was “imperative for the security of European countries.”

Expulsion from Albania of the mullahs’ Ambassador and Intelligence Ministry station chief is a necessary step in countering terrorism and the religious dictatorship ruling #Iranhttps://t.co/wk5V8fi2Ot … pic.twitter.com/99jw9LpfAp

Albanian Prime Minister Edi Rama announced in April of this year that Albania had foiled a terrorist plot by the Iranian regime against the MEK. The attack was scheduled to coincide with a Nowruz celebration. In his April 19th statement, Prime Minister Rama said: “We are on the right side of history. We are among European-Atlantic countries who are similarly under threat. I believe all these countries will act against terrorist threats.”

The identity of Expelled Diplomats

The two regime diplomats who were expelled were

Gholamhossein Mohammadnia and Mostafa Roudaki. Mohammadnia was the regime’s ambassador to Albania, and Roudaki was the Ministry of Intelligence and Security’s (MOIS) station chief in Albania. Both are senior MOIS agents who were uncovered by the MEK in 2016 and 2017.

Mohammadnia played a key role in the negotiations which led to the 2015 Iran nuclear deal. He was the MOIS representative in the regime’s delegation, led by Foreign Minister Javad Zarif.

United States President Donald Trump penned a letter to Prime Minister Rama on Wednesday, thanking the Albanian government for its “steadfast efforts to stand up to Iran and to counter its destabilizing activities and efforts to silence dissidents around the globe.”

This is a significant departure from the policy of appeasement that Western leaders have taken in the past.

Terrorism- Expelling of #Iran'ian Regime’s Ambassador
Friends of a Free Iran in the European Parliament welcomes the expelling of Iranian regime’s ambassador and another diplomat-terrorist from #Albania.https://t.co/HBrzWbdQtM pic.twitter.com/79phxjrihV

In her statement, Mrs. Rajavi said that the Iranian regime needed to know that its “terrorist activities in Europe and across the world will have serious consequences.”

She described this courageous act as a necessary step in countering terrorism and the religious dictatorship ruling #Iran and an imperative for the security of European countries.https://t.co/bORaXrLaA2 #ExpelIranDiplomatTerrorists pic.twitter.com/MGodXTeF7p

She went on to say: “Since three decades ago, the Iranian Resistance has always emphasized that the Iranian regime’s Foreign Ministry and its diplomats and embassies are part and parcel of its machinery of terrorism. Three major terror plots by the mullahs in Albania in March 2018, in France in June 2018, and in Denmark in September 2018 had been planned by these embassies and diplomats.

“The clerical regime has found the only way out of the irremediable internal and external crises and deadlocks in suppressing the people of Iran, warmongering in the region, missile threats, and disseminating fake news, demonization, and terrorism, particularly against the Iranian Resistance, which it views as an existential threat,” Mrs. Rajavi said, adding, “The regime in Tehran is the godfather and the epicenter of terrorism under the banner of Islam in the world today. As such, designating the Ministry of Intelligence as a terrorist entity and expelling the mullahs’ diplomat-terrorists from the U.S. and Europe is necessary for these countries’ security and is demanded by the Iranian people.”