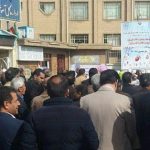 Iran’s Defiant Teachers Will not Be Silenced 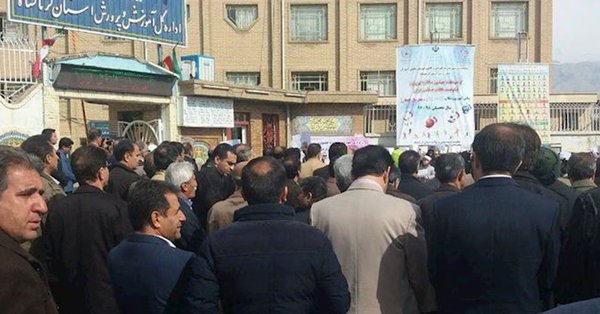 On Sunday, March 3rd, Iranian teachers mobilized for their latest round of protests and sit-ins. Teachers from across Iran staged demonstrations over the regime’s inaction to address their basic demands. Reports from MEK sources inside Iran indicate that teachers from Tehran, Isfahan, Mashhad, Shiraz, Karaj, Qazvin, Yazd, Kermanshah, and Saqqez, among others, protested unpaid wages and regime economic mismanagement.

A String of Protests from Educators

Iran’s educators have protested on a number of occasions over the last 14 months. Government corruption, economic decline, and unpaid wages have left Iran’s teachers struggling to make a living and support themselves and their families.

A full report on today's protests by teachers, educators & other sectors of #Iran's society.#IranProtestshttps://t.co/jwXG7CTIVm

The teachers have repeatedly demanded higher wages, economic reform to ease their financial hardship, free education for all, and equal rights for Iranian ethnic and religious minorities. Retired teachers have also joined the cause and asked for an increase in the funds allocated to the country’s education sector.

However, the regime has been steadfast in its refusal to even acknowledge the teachers’ demands. It has responded by arresting prominent teachers’ rights activists and threatened those attending protests.

Teachers have remained defiant and have turned out in vast numbers to protest the regime on several occasions. In December, teachers were attacked and arrested during a peaceful protest. On November, 12 were detained and held in regime custody for over their involvement in protests. They also staged strikes in October, and May last year. Each time, Iran’s brave teachers continued and sustained their protests in the face of regime threats, arrests, and violent baton and pepper spray attacks.

The Regime Cannot Stifle the Voice of Justice

Iran’s teachers, like other segments of the workforce, have shown that they will not back down in the face of violence. They will not have their voices silenced and stand idle while their peers and colleagues are arrested and subject to extreme violence.

#Iran’s freedom-loving teachers have once again risen up to demand their rights. They have staged sit-ins to declare support for the imprisoned teachers.#IranProtests

The protests are part of a wider movement across Iranian society. Led by the People’s Mujahedin Organisation of Iran (MEK), Iranian people are rising up against their oppressors in unprecedented numbers and frequency. MEK resistance units orchestrate protests on an almost daily basis across Iran’s towns and cities, challenging the regime’s violence and oppression wherever it occurs.

On Monday, the MEK issued a statement in solidarity with Iran’s protesting teachers. The principal Iranian opposition called on international trade unions and educators to pledge their support to their peers across Iran and provide assistance to the protestors in any way they can.