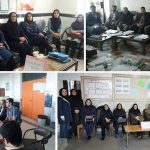 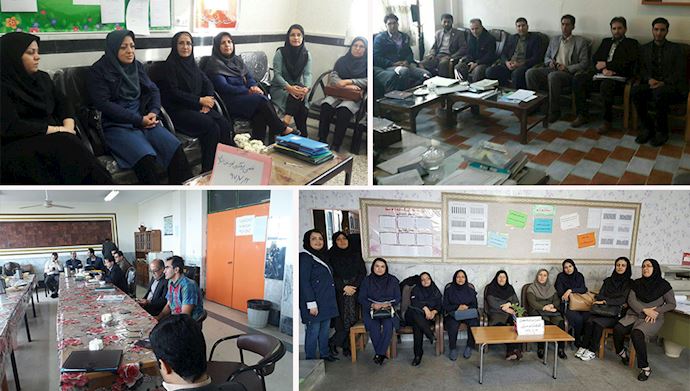 National Strike by teachers across Iran, to protest the high living prices and the dire condition of the teachers under the mullah’s regime.

Teachers in Iran went on strike on Sunday, October 14th, refusing to enter their classrooms. They are protesting poor working conditions, low pay, and suppression of teacher rights, among other indignities.

Mrs. @Maryam_Rajavi saluted the striking teachers across the country and said:
The teachers' strike, following the drivers and merchants’ strike, points out the public anger and hatred toward the religious dictatorship.https://t.co/20SrlbbZyk #IranProtests #Iran pic.twitter.com/dEZ4QovUm7

The striking teachers cite a variety of concerns. The teachers work for poverty-level salaries and have limited purchasing power as prices increase daily. Benefits are poor or nonexistent, teachers lack efficient and comprehensive insurance, and teachers’ trust reserves have been looted. Teachers have also been deprived of their rights to stand up for themselves. Independent unions are banned, and union and cultural activists have been imprisoned or fired. Agreed-upon plans have not been implemented, such as the Public Service Management Act of 2016, the rating plan, and the full-time teachers plan.

#Iran: Teachers stage nationwide strikes and sit-ins across Iran against their harsh living conditions where they have to live below the poverty line. https://t.co/oo8nY2UJvj

Finally, the striking teachers are angry that students suffer that the principle of a free education for all is not being honored. Schools are not standard, nor are they secure. Educational standards have plummeted sharply over the past few years, materials are insufficient, classrooms are overcrowded, and schools are underfunded.

Mrs. Maryam Rajavi, President-elect of the Iranian opposition, commended the protesting teachers who are standing up to the corrupt regime. She said, “The catastrophic situation of the employed and retired teachers is the product of the repressive policies of the anti-cultural regime of the mullahs, and as long as this regime is in power, it will even get worse.”

The disastrous state of working and retired teachers is a product of the mullahs’ policies, discouraging education but encouraging plunder and repression. So long as the clerical regime is in power, the situation would only get worse. #FreeIran2018

Mrs. Rajavi called upon the people of Iran, particularly the young people, to stand with Iran’s teachers. The teachers are the most recent group to stage a large-scale strike in Iran. They join the country’s truck drivers and merchants in striking against the regime. Mrs. Rajavi emphasized in her statement that this series of strikes showed a “flare of fury of public anger and hatred toward a regime that has only brought torture and execution, war and terrorism, poverty and unemployment, and corruption and plundering for the people of Iran.”