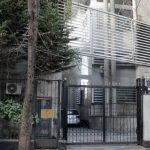 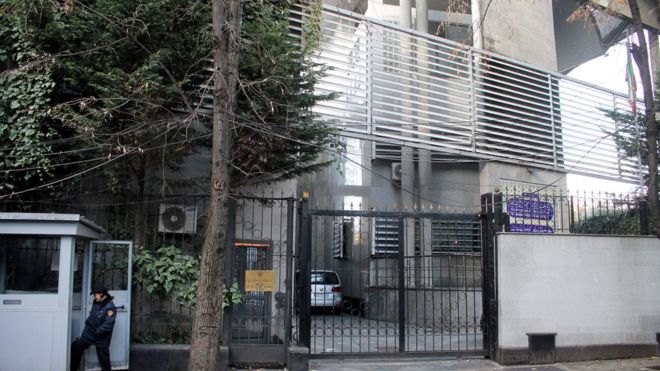 The Iranian regime’s Embassy in Albania, where at least two diplomats have been expelled for their involvement in terrorist activities against MEK

On Wednesday, December 19th, the Albanian government announced its decision to expel Iranian regime’s ambassador Gholamhossein Mohammadnia, as well as another “diplomat” based in the country in response to an increase in terror activities.

The identity of the second diplomat has not been revealed, but anonymous sources familiar with the decision claim it is Mostafa Roodaki, the first secretary of the Iranian embassy in Albania.

The government cited “damaging” Albanian “national security” as the reasoning behind the decision. The People’s Mujahedin Organisation of Iran (MEK) has established a compound near the Albanian capital of Tirana. Its members live in exile in the country. The MEK compound has been the target of Iranian aggression throughout 2018.

In March, the MEK compound was the target of an attempted car bomb attack. During the Persian New Year celebrations, the Iranian Ministry of Security (MOIS) planned to attack the compound. The plot was foiled when Albanian authorities detained two MOIS agents in the country and had them expelled.

Shortly afterward, in June, the MEK’s annual Grand Gathering event in Paris was targeted in a violent regime attack. Again, a car bomb was to be used at the event where more than 100,000 MEK members and allies of the Iranian opposition were gathered.

Like the attack in Albania, the plot only unraveled once European authorities arrested a Belgian-Iranian couple traveling to the event with homemade explosives. An investigation carried out by French authorities in the aftermath of the incident revealed that the senior leadership of the Iranian regime had been directly involved in the planning of the attack. The revelations prompted the French government to expel diplomats and seize assets belonging to the MOIS on French soil.

Alongside the violent terror campaign, the MOIS has embarked on an extensive disinformation campaign designed to vilify and demonize the MEK. The MOIS has published large amounts of Albanian-language propaganda in an attempt to turn public opinion against the MEK.

Albania’s move has been welcomed around the world

Following the Iranian government’s decision to remove the Iranian ambassador, supporters of the Iranian opposition movement from around the world lined up to show their support.

Donald Trump, in a letter, addressed to Edi Rama, personally thanked the Albanian government for its “steadfast efforts to stand up to Iran and its destabilizing activities and efforts to silence the dissidents around the globe”.

The Albanian Interior Minister, Sander Lleshi then said in an Interview with Albania’s Vision Plus TV that “MEK members have been threatened by the Iranian Security Services”. Explaining the Albanian government’s decision to expel the Iranian diplomats, Lleshi said, “we have welcomed them [the MEK] as friends”.

Maryam Rajavi, the president-elect of the Iranian opposition, welcomed the assessment and decision. She called the expulsion a “courageous act” and a “necessary step in countering terrorism”.

Albania is safer, but the work is far from complete