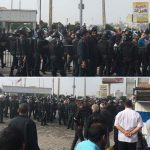 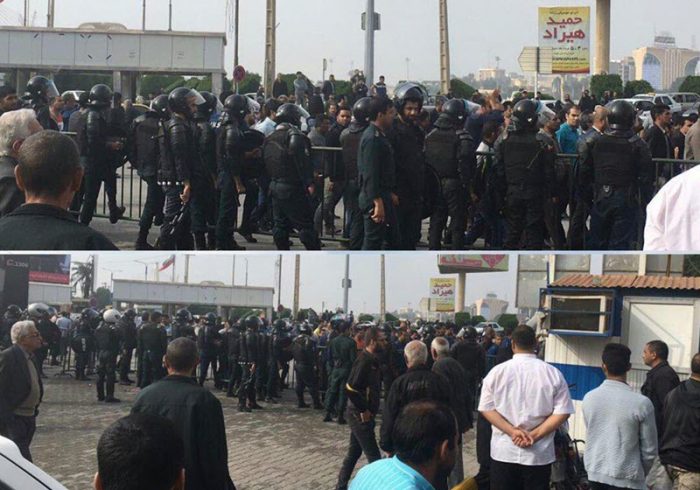 Despite the Iranian regime’s crackdown on protesters in Haft-Tappeh and Ahvaz, the protests continue.

After weeks of strikes by the Ahvaz Steelworkers and Haft Tappeh Sugar Factory workers, the regime has resorted to desperate measures to end the strikes and prevent the protests from spreading further. On November 26th, Sadegh Larijani, the head of the regime’s judiciary, addressed the protesting workers in comments that were broadcast by the state-run ILNA news agency. Larijani threatened the striking workers, saying, “We must deal with those who want to disrupt the order of the country, under the pretext of pursuing the demands of workers.”

Larijani also referred to the strikes as sedition. He said, “Workers should not allow their demands to be an excuse for the use of enemies and to create disorder.” He then added: “Workers will never meet their demands with turmoil, crisis and actions countering the public order.”

Despite these threats from the head of the regime’s judiciary, Ahvaz steelworkers continued their strike for the third week. The striking steelworkers also faced a large security presence, including state security forces, anti-riot guards and plainclothes officers, but they refused to allow the regime’s suppressive forces to intimidate them. The workers gathered once again in front of the regime’s governorate in Ahvaz, broke through a blockade made by suppressive forces and rallied in the streets of Ahvaz. The workers were joined by Ahvazi youth in their rally. They chanted, “We stand, we die, we get our rights!”

“The worker dies; he does not accept humiliation!”

“Our enemy is here, they claim falsely that it is the United States!”

Meanwhile, the Haft Tappeh Sugar Mill factory workers continued their strike for the 22nd consecutive day. The tireless workers rallied again in the city of Shush, chanting, “The worker dies; he does not accept humiliation!”

“Death to the oppressor, greetings to the worker!”

“Imprisoned worker must be freed!”