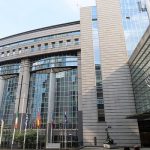 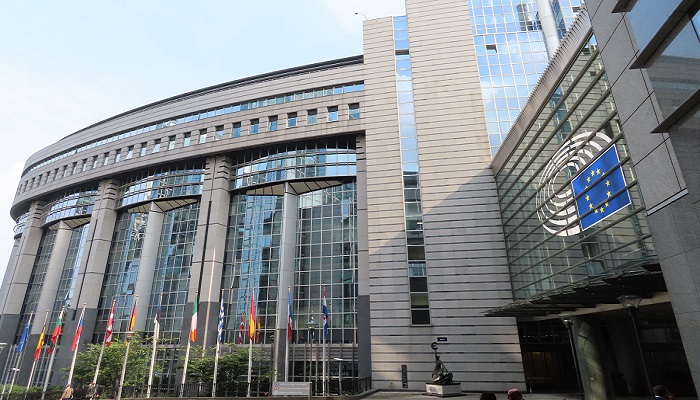 The European Union agrees to impose sanctions on the Iranian regime in response to the recent terrorist activities in Denmark’s soil- November 19.

On Monday, November 19th, the Foreign Ministers of the European Union decided that the EU would consider imposing sanctions on the Iranian regime. The move comes just weeks after an Iranian agent was arrested on Danish soil for orchestrating a plot to assassinate a political opponent of the Iranian regime in Denmark, and several months after a high-profile terror plot was foiled before it could wreak havoc in Paris.

Just spoke to Iranian Foreign Minister Javad Zarif. I made clear that the plot of an Iranian intelligence agency to assassinate a person on Danish soil is completely unacceptable. Denmark is discussing a joint response with European partners.#dkpol

A Firm Stance is Needed

In recent weeks, many in Europe have been calling for a much firmer response to Iranian aggression. Protestors gathered in Brussels to call on members of the European Parliament (MEPs) to introduce sanctions against the regime and close embassies on European soil with known terror links.

There is also an emerging consensus for strong action among MEPs themselves. 150 MEPs signed a statement last week calling for the expulsion of Iranian diplomats suspected of espionage and terrorist activities from European embassies.

Translation: Very happy with full EU support for Denmark in Iran-case. Strong conclusion from @federicamog. decided to launch a new phase in the work that Denmark’s diplomats are now throwing into. The objective remains sanctions #dkpol

The Former Italian Foreign Minister Giulio Terzi also expressed the need for unity and strength in the face of increased regime aggression.

The Iranian Resistance Has Long Called for a Stronger European Stance

The Iranian resistance and political organization, including the People’s Mujahedin Organisation of Iran (MEK), has been urging the European Parliament and individual governments to coordinate a united response to regime aggression.

The leader of the Iranian opposition, president-elect Maryam Rajavi has suggested the regime’s inclusion on the European Union’s terrorist blacklist. Its entry would show the regime that Europe will not tolerate its terrorist activities within its borders. It would also show regime agents and diplomats that if they engage in terrorist activities, they will be held accountable and feel the full weight of European law.

The Largest Terrorist Regime in the World

The Iranian regime, with its Qods Forces, Islamic Revolutionary Guard Corps (IRGC), and Ministry of Intelligence (MOIS) make up the largest state-sponsored terrorist machine in the world.

The recent foiled terror attacks in France and Albania were ordered by senior members of the Iranian regime, including Hassan Rouhani and the Supreme Leader Khamenei.

Additionally, regime embassies and consulates have provided fronts for which espionage and terror activities occur undetected. In the foiled attack in Paris, an Iranian diplomat from the regime’s embassy in Austria named Assadollah Assadi provided a Belgian-Iranian couple with the explosive material to be used in the attack.

This demonstrates that the regime and its diplomats are not merely passive observers but play an active, and even critical, role in the planning and execution of terrorist attacks across the globe.

The regime cannot get away with this. The very existence of a regime embassy on European soil represents a danger and a threat to local European citizens. Diplomats and embassies with known links to terrorism must be expelled and closed. Europe must deal with the Iranian threat head on through tough sanctions and decisive diplomatic action. Without it, every citizen in Europe is at risk.