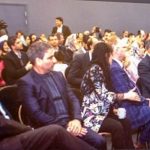 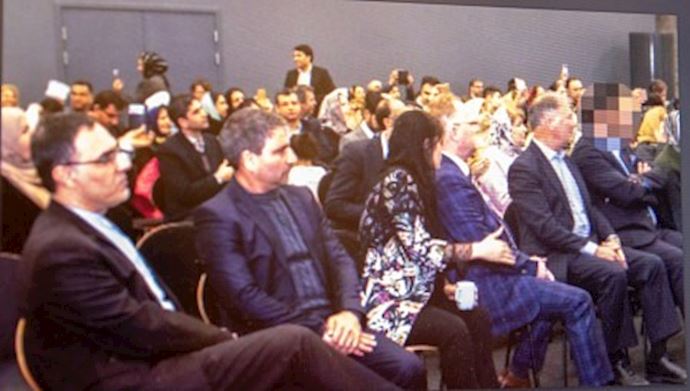 The arrested agent of the Iranian Ministry of Intelligence and Security, who wanted to infiltrate in the MEK, the main Iranian opposition.

On October 21, 2018, Mohammad Davoudzadeh Lului was arrested at Sweden’s Göteborg airport upon his return from Iran at the request of the Danish government. The 39-year-old Ministry of Intelligence and Security (MOIS) agent is currently under investigation for his role in a terrorist plot against Iranian Arab citizens in Denmark.

Davoudzadeh actively communicated with the Iranian regime’s ambassador and the embassy in Norway while visiting the country, demonstrating once again that the regime’s diplomats are closely linked to terrorist activities. Regime diplomat Assadollah Assadi is currently awaiting trial in Belgium for masterminding the foiled terrorist plot to bomb MEK members at the annual gathering of the Iranian Resistance outside of Paris in June. European countries have begun to respond to these threats by the Iranian regime. The Netherlands expelled two Iranian regime diplomats, and France expelled one as well.

There have been a number of questions about the identity of the most recent regime terrorist. We will attempt to answer some of these here.

How Did Davoudzadeh Get Norwegian Citizenship?

Mohammad Davoudzadeh Lului was born in Ahvaz and resided in Isfahan. He was dispatched to Norway in 2007 as an MOIS agent. In order to obtain Norwegian citizenship, he pretended to be a refugee, which gave him a great deal of latitude to perform his duties as an MOIS agent. Despite his refugee status, he traveled to Iran repeatedly, which, according to the Geneva Convention and Norwegian Law, would void his refugee status.

What Contact Did Davoudzadeh Have with the Iranian Ambassador in Norway?

Ambassador Mohammad Hassan Habibollahzadeh and the regime’s embassy in Oslo. On November 9th, Davoudzadeh went to a ceremony at the regime’s embassy on the occasion of the Iranian New Year of 1397. Norwegian media published a photo of him with the regime’s ambassador, Per Sandberg, Norway’s Minister for Fisheries at the time, and Bahareh Heidari (Letnes), an Iranian agent.

How Did Davoudzadeh Attempt to Infiltrate the MEK?

Last year, Davoudzadeh was ordered to approach the MEK in Norway. In order to do so, he contacted MEK supporters in Oslo who had participated in an anti-regime rally and asked them to put him in contact with the MEK.

A MEK member in Oslo eventually agreed to meet with Davoudzadeh in a cafe. After questioning him, he found a number of contradictions in his story, and it became clear that he was not a dissident and was most likely attempting to infiltrate the MEK. Further investigation confirmed these suspicions.

In February 2018, MEK members informed Norwegian authorities of Davoudzadeh’s activities, hoping to prevent further acts of espionage or future terrorist acts. Davoudzadeh attempted to contact MEK supporters again in the following months, claiming to have important information. His attempts at communication were ignored.

Davoudzadeh formed a number of commercial fronts for his espionage activities, which allowed him to bypass sanctions. He, along with two others, his relative Marjan Gharib and Parviz Khodabandeh Shahraki, set up the Norwegian-Iranian Friendship Association. The company claimed to exist to assist the city of Bam and set up construction in the wake of an earthquake. In reality, the company transferred banned equipment and goods.

How Did the Regime Respond to Davoudzadeh’s Arrest?

Mohammad Reza Davoudzadeh, who lives in Isfahan, to stay quiet about his brother’s arrest and to prevent other members of his family from speaking about the arrest. They also told him that he should tell the MOIS if anyone asks him or his family any questions about Davoudzadeh.

A November 3, 2018 article in the state-run daily Iran was titled “The need for decisive follow up of the Danish issue.” The paper, which is closely associated with Rouhani’s circle, attempted to distance the regime from the arrest, writing: “

The state run daily “Iran” affiliated to Rouhani’s clique on November 3, 2018, in order to lose track in an article titled “” wrote: “If there is any connection between the arrested person with the Iranian citizens… it is clearly beyond the country’s officials knowledge, and in such case, a decisive action is necessary to root out such arbitrarily actions. Past experience in the chain murders case showed that in some occasions there are forces who act arbitrarily and the government and officials have to pay the price…in all such anti-establishment cases we have to find the trail of the Israeli intelligence in collaboration with the PMOI.”

Why Was a Regime Spy Operating in Norway?

MOIS activities in Norway are coordinated by regime Ambassador to Norway Mohammad Hassan Habibollah Zadeh. The MOIS focuses its attention on Norway because of the “official presence of the PMOI and NCRI” in the country.

What Are the Implications of Davoudzadeh’s Arrest?

The Iranian regime has been responsible for terrorist plots against the MEK in Albania and France this year. MOIS agents were arrested this summer in the United States for spying on MEK members. The mullahs are intent on carrying out an act of terrorism against the MEK abroad. They have proven that they continue to make these attempts as long as they have agents on foreign soil. The NCRI and the Iranian Resistance once again urges the U.S. and the E.U. to add the MOIS to their terror lists and to arrest, punish, and expel all agents of the fascist regime.