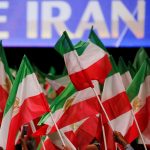 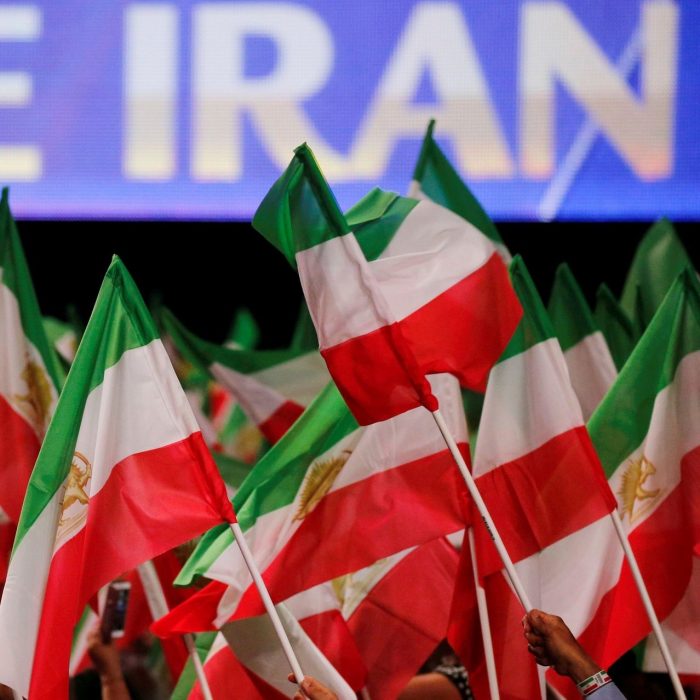 The foiled terror plot to bomb Free Iran gathering, attended by over 100,000 supporters of Iran’s main opposition movement, the MEK.

In an article in the Wall Street Journal on October 31st, 2018, Matthew Dalton provided an in-depth look at the Iranian regime’s planned terror attack targetting MEK‘s annual gathering in Paris this summer.

The piece, entitled, “Bags of Cash and a Bomb Plot:  Inside a Covert Iranian Operation in Europe”, examines the events that led to the attack’s discovery and what regime mechanisms were involved in coordinating the attack.

A Meeting in Luxembourg

According to Dalton, a meeting took place on the terrace of a Luxembourg café in late June between Amir Saadouni and a gentleman known only to Mr. Saadouni as “Daniel”. Daniel had been Saadouni’s link to the Iranian Ministry of Intelligence for several years. Daniel had made regular payments to Saadouni for information on a French opposition group that vehemently opposed the clerical regime in Tehran.

Our info shows Assadollah Assadi was in charge of #Iran regime's intel station in Austria since June 2014. This outpost coordinates activities of all MOIS stations in Europe. So, Assadi held the most important post within MOIS in Europe. #FreeIran2018 #ExpelIranDiplomatTerrorists pic.twitter.com/guAVKeb3ex

From 2014, Saadouni and his wife, Nasimeh Naami, had been monitoring the Iranian opposition group, the People’s Mujahedin Organisation of Iran (MEK). They had attended meetings and reported back to Daniel.

Daniel told Saadouni that the time for gathering intelligence was over. He gave Mr. Saadouni and Nasimeh Naam, the explosive material with the instructions to detonate the device at the MEK’s annual Grand Gathering at the end of June.

The event, which took place on June 30th, attracts more than 100,000 supporters of the Iranian opposition every year. Nations from around the world also send delegations which often include senior politicians and human rights activist.

At the 2018 event, Donald Trump’s lawyer, Rudy Giuliani, and former Speaker of the United States House of Representatives, Newt Gingrich, were among those in the American delegation.

Foiling a Terror Attack Against MEK’s Gathering in Paris

However, Saadouni and Daniel were not alone on the terrace in Luxembourg. Acting on a tip by the Israeli intelligence agency, European secret security officials were watching the exchange.

Shortly after Saadouni and Naami set off for Paris with the explosives, the Belgian authorities moved in and detained the couple. The explosives Daniel had given them amounted to 500g of TATP, a powerful explosive that would have caused significant loss of life.

Simultaneously, German officials apprehended “Daniel” a few miles from the Austrian border. Daniel’s real name turned out to be Assadollah Assadi, a diplomat stationed at the Iranian embassy in Vienna, Austria.

The MEK has since discovered that Assadi is an explosives expert with ties to the Ministry of Intelligence in Iran (MOIS). He had a long history of planning and facilitating terrorist attacks in Iraq and was responsible for coordinating terror attacks across Europe from his position in Austria.

The plot was disrupted at an integral moment. If Assadi had crossed the Austrian border, he would have been protected by diplomatic immunity and would have escaped back to Iran.

In his article, Dalton discusses the political fallout of the foiled attack. The attack came just one month after US President Donal Trump withdrew from the Iranian nuclear deal. The French President, along with other European heads of state, were frantically trying to save the deal from collapse.

The revelations about Assadi, and his connections to the upper leadership of the clerical regime in Iran, have undermined Macron and the other leader’s efforts to salvage the deal.

Although the Iranian Foreign Minister, Javad Zarif, denied the regime’s involvement, the strong ties linking Assadi to the regime leadership make it inconceivable that the upper echelons of the regime had not given the attack the green-light.

The MEK obtained information that suggested Assadi reported to Reza Amiri Moghadam, a senior official in the MOIS and former member of the Islamic Revolutionary Guard Corps (IRGC).

On November 5th, the latest round of US sanctions will take effect, aimed at crippling Iranian regime’s oil exports and adding further strain to an already crumbling economy. European companies will be forced to choose between keeping their ties to Iranian markets and forgoing their US business ties or severing their Iranian ties to save their US interests. Given the size of the US economy, it is unlikely many companies will elect to maintain their ties to Tehran.

Macron, as well as Merkel and May, are all under intense pressure from the Trump administration to fall in line and support US sanctions. Until now, they have remained reluctant to do so.

As Europe grapples with the decision of how to proceed regarding Iran, with the nuclear deal in tatters and ferocious economic sanctions just around the corner, the Iranian regime planned another attack on European soil.

#Denmark Declares: #Iran Regime Plotted 'Attack', Recalls Ambassador – Calls for New Sanctions
Mike Pompeo congratulated Denmark in a tweet for uncovering the plot and said that for 40 years Iran has made Europe a target of terror attacks.https://t.co/nAebAtoRND pic.twitter.com/cE1aopJ8AU

On Tuesday, the Danish intelligence agency announced that it had uncovered an Iranian plot to assassinate a political dissident on Danish soil.

The foiled assassination attempt represents the third foiled attack on European soil in less than 12 months (the first was a thwarted plot to attack the MEK’s Persian New Year celebrations in Albania).

This has prompted officials and analysts to raise concerns over Iran’s increasing willingness to engage in violent and clandestine operations in Europe. Bruce Riedel, a senior fellow at the Brookings Institute, a US think tank, and former CIA official, told the Wall Street Journal “they feel the constraints on them have been removed”.

If Riedel is right, terror attacks like those Europe has thwarted over the summer are likely to become a regular fixture in the future.

The French and Danish governments have both criticized the Iranian regime for its involvement in the respective attacks. The governments of Europe should come together and coordinate a clear and powerful response to these dangerous attacks. The European heads of state must show the regime that violence and aggression on European soil will not be tolerated.

The people of #Iran rose up and cried out, “Hardliners, reformists, the game is over.” Now, the European Union must immediately place the mullahs’ Ministry of Intelligence and Security (MOIS) on its terror list.

Without a tougher stance, the regime will continue to show contempt for international laws and hunt its political enemies across the European continent, much to the danger and peril of European citizens and the MEK alike. Now, in the immediate aftermath of the Danish plot, is the time to take a stand. Europe cannot afford to show weakness or vulnerability in the face of a regime as violent and aggressive as Khamenei and Rouhani’s.