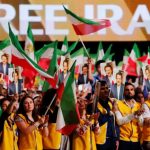 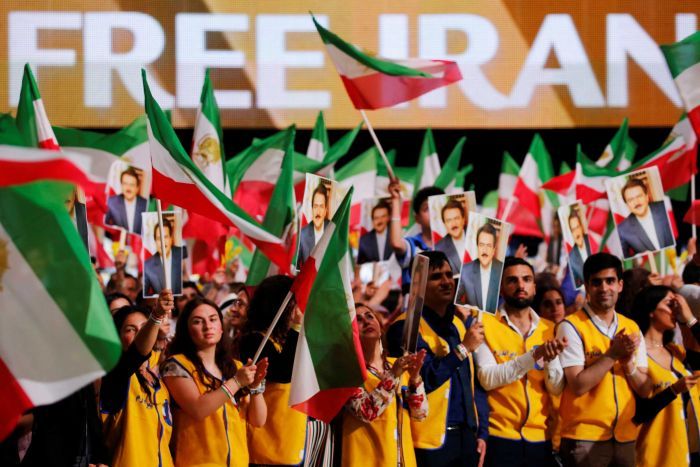 Over a 100,000 supporters of MEK, gathered in Paris, during the Iranian opposition annual gathering in Paris- June 30, 2018

On Sunday, regime Foreign Minister Mohammad Javad Zarif was once again summoned to Majlis (Parliament) to answer questions about his visit to France in June, which coincided with the National Council of Resistance of Iran’s (NCRI) annual gathering in Paris. Zarif was called to Majlis two months ago to answer similar questions, but members of parliament were not satisfied with his answers, so he was called back for further questioning, amidst rising internal tensions within the Iranian regime.

Zarif struggled to justify his visit to Europe during the questioning, using the regime’s old tactic of blaming the MEK for daring to hold a rally in Paris in the first place. Zarif even called the gathering an act of terrorism, which is an astounding feat of illogic, considering that an Iranian regime diplomat was arrested and charged with plotting a terrorist attack on the very same gathering in Paris that Zarif decried. In fact, Zarif would not be in trouble with parliament were it not for the ensuing public outcry.

“Why do you visit France, without an intelligence and security analysis, coinciding with the annual session held by the [PMOI/MEK] and enemies of the Islamic republic? They don’t allow [the Iranian regime’s state-run TV/radio] IRIB network and you fail to protest?”

Zarif responded to this question by saying “ we cannot stop our diplomatic efforts,” and that “we made it clear in public and private sessions with French officials.” He also claimed that the MEK is not important enough for the Foreign Ministry to consider it when scheduling its activities.

Karimi Ghodusi pressed Zarif on his answers, saying that the question is of national interest. Zarif while unwillingly admitting the regime’s fear from its main opposition, revealed the continuous attempts to prevent the activities of the MEK, and responded:

“Unfortunately, the [PMOI/MEK] have been holding their session each year in Paris ever since they were delisted from the terrorist organization list. We consider this event as a hostile measure by Western countries against the Islamic republic and we consider this as an unacceptable measure in support of terrorism. We have always made this position clear with the French government, including in a phone call that I had yesterday with the French Foreign Minister.”

Ghodusi pressed further, illuminating the discord currently unfolding within the regime as regime leaders struggle to deal with both foreign and domestic crises. Ghodusi said:
“The Islamic republic allocates a budget and we have an embassy in France. The ambassador should provide you an analysis to come two days later, two days earlier, or even return, to not coincide with this session held by the ‘hooligans’ with assistance provided by France. You didn’t even issue a formal complaint. When did I say stop your diplomatic efforts? Why do you raise such allegations against me? I never believe in such things. The coinciding nature of your visit raises questions. It happened yet again and the French government had their Foreign Minister give an interview yesterday, saying Iran cannot expect to engage with us without accepting negotiations over its missiles and its role in the region. This is not acceptable.”

The regime’s attempts to pass the blame over its foiled terrorist plot continue and infighting caused by the scandal has revealed the growing cracks in the facade of the regime’s leadership.