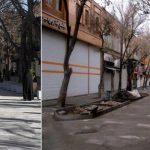 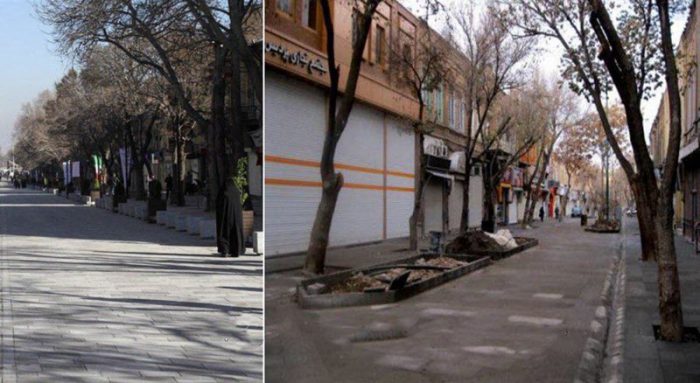 For the second day, the merchants in various bazaars in Iran are on strike over the plunging rial and the dire economic crisis due to the regime corruption and mismanagement.

Tehran’s merchants are striking, as are the Iranian farmers and truck drivers as yet more protests threaten to engulf the country, based on reports from the MEK network inside Iran.

On Monday, November 5th, merchants in several Iranian cities closed their stalls in local bazaars. The strikes, which coincided with the reintroduction of strict US sanctions, were organized across social media and quickly gained traction.

A recent report on latest protests & strikes across #Iran.#IranProtestshttps://t.co/Oxaqc9dH9k

Skyrocketing prices and crippling inflation have thrown many of Iran’s merchants into poverty. With new sanctions affecting Iranian imports and exports, the situation is set to worsen.

November 6
Mashhad, northeast #Iran
Most stores are closed in the city's Sarshour bazaar as strikes spread across the country.#IranProtests pic.twitter.com/CCx22RZoeS

For the nation’s truck drivers, the working conditions are not much better. The sector shut down for the fourth time on the 31st of October and is yet to restart. Drivers from Tehran, Isfahan, Hormozgan, Zanjan, Golestan, Kermanshah, Kerman, West Azerbaijan, Central, Khorasan Razavi, and Yazd all turned off their engines in protest at the rising cost of spare parts, corruption, and appalling working conditions that have left many of them in a fight for their survival.

For Iran’s farmers, there is a similar picture of abstract poverty and a struggle to put food on the table. This has prompted many brave farmers from provinces across the country, including Isfahan a Khorasgan, to stage a sit-in and protest.

The strikers are demonstrating their bravery and determination by maintaining these protests against the bloody and violent regime.

For the truck drivers, many of their colleagues and friends were arrested in the previous rounds of strikes. More than 200 drivers were detained in the third round of strikes that took place earlier this year. The regime then threatened to execute 17 of those detained.

The strikers that took to the streets in this latest round of protests are also demanding the immediate release of their colleagues.

The regime’s treatment of the truck drivers has not been atypical. The mullahs frequently employ repressive and heavy-handed strategies for dealing with public protest and political dissent.

The farmers and merchants, along with the valiant truck drivers, are aware of the danger they are in, yet they continue to risk their liberty and their lives to protest the regime and its policies.

A Call for Support

Their determination has not gone unnoticed by the People’s Mujahedin Organisation of Iran (MEK) and the President-elect of the Iranian resistance, Maryam Rajavi.

Nationwide uprisings against the mullahs’ regime are expanding. Hail to the merchants and shop owners of Bazaar, the truckers, the teachers, and freedom-loving students and youth who have shaken the pillars of mullahs’ oppressive rule with their protests and strikes.#Iran

Ms. Rajavi saluted the striking truck drivers, farmers, and merchants in a statement to the Iranian people. She called on Iran’s youth to stand with these brave men and women and said that supporting the full restitution of the rights of the Iranian people was a matter of patriotic duty.

Maryam Rajavi also called on the international community to lend their support. She urged syndicates, trade unions, and human rights organizations to lend assistance to Iran’s farmers, truck drivers and merchants in whatever capacity they could.