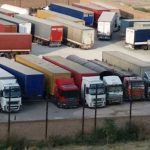 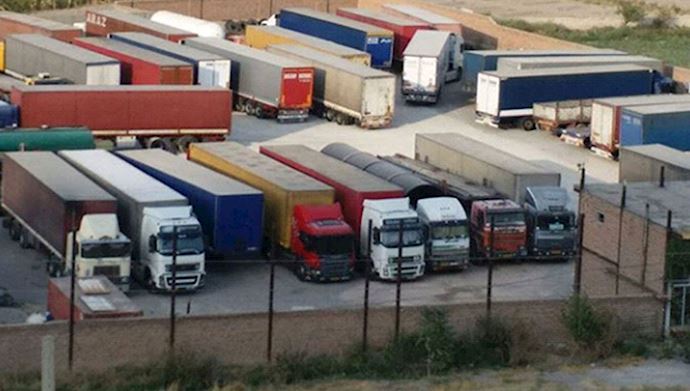 The Iranian truck drivers have entered their 5th day of the strike for the fourth time this year.

Monday marked the fifth consecutive day of strikes by Iran’s truck drivers. The MEK network inside Iran reported that the latest round of strikes has spread to 44 cities in 23 provinces across the country. The strikes have garnered widespread support from Iranians from all sectors of society.

Truck drivers across Iran are parking their trucks and refusing to carry loads. Videos shared on social media by the Iranian Resistance show evidence of the strike taking place across Iran. In Dezful and Mashhad, the loading stations were filled with parked trucks. In Marand, East Azerbaijan Province, the roads were empty of heavy trucks.

Mrs. Maryam Rajavi, President-elect of the National Council of Resistance of Iran (NCRI) and leader of the Iranian Resistance, saluted the striking the striking drivers, tweeting:

“Hail to #Iran’s truck drivers who have started their fourth round of nationwide strike. In addition to their basic rights, they are also demanding freedom of their imprisoned colleagues.”

Mrs. Rajavi further called upon Iran’s youth to support the drivers and asked international labor unions to lend their support to the strike:

I call on the youth to lend their moral and material support to the truck drivers, and urge international workers and truckers’ unions to declare their solidarity with the truck drivers on strike in #Iran.#FreeIran2018

“I call on the youth to lend their moral and material support to the truck drivers, and urge international workers and truckers’ unions to declare their solidarity with the truck drivers on strike in #Iran.”

This is the fourth strike this year for Iran’s struggling truck drivers. The drivers are protesting low wages, high prices for spare parts (particularly replacement tires), corruption, high fees, and safety issues. The drivers are also demanding the release of their colleagues who were arrested in the previous strikes.

During the third round of strikes, the regime arrested over 200 striking drivers and threatened to execute 17 of the detained drivers. The strikes gained international attention from labor unions, including the Teamsters and the International Transport Workers’ Federation (ITF), who called the threat of executions a blatant violation of labor rights.

James P. Hoffa, the Teamsters General President, wrote a letter in support of the striking drivers on behalf of the Teamsters Union during the October strikes:

“The International Brotherhood of Teamsters, representing 1.4 million transportation and supply chain workers in the United States and Canada, stands in solidarity with our Iranian brothers and sisters. We urge the government of Iran to listen to the grievances of striking Iranian truck drivers, address their just demands and recognize their internationally recognized rights to assembly, speech, freedom of association and collective bargaining.”

The Iranian regime has ignored the pleas of its truck drivers even as its roads have emptied. It has ignored four strikes and international outcry at its acts of brutality. Truck drivers make up a crucial part of Iran’s infrastructure, and they cannot be silenced. The country cannot function without truckers, and truckers cannot function within the corrupt regime. Something has to change.