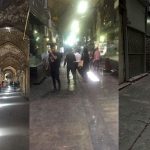 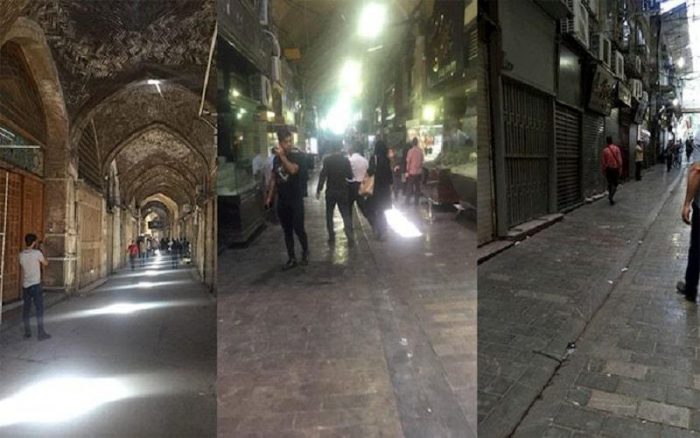 New round of Strikes by merchants in Iran, as the Second major U.S. Sanctions take place.

Bazaar merchants in Iran went on strike on Monday in several cities. The strikes were timed to take place on the day that the final phase of U.S. sanctions took effect.

The planned strike took place after a call to action on social media. The bazaar merchants went on strike to protest skyrocketing prices and inflation.

The MEK network posted images on social media of closed shops in Tabriz in northwest Iran and Mashhad in northeast Iran. A video posted by the MEK shows that striking merchants have closed shops in Tehran’s rug market despite threats from authorities. Owners of home appliance stores in Tehran were also on strike. In Babol in northern Iran, merchants in the Rezvanshahr market were on strike. In Gorgan in northern Iran, all of the shops were closed in the Aftab Mall, which is the largest mall in the city. Merchants in Tabriz in northeastern Iran also closed their shops and went on strike.

November 6
Mashhad, northeast #Iran
Most stores are closed in the city's Sarshour bazaar as strikes spread across the country.#IranProtests pic.twitter.com/CCx22RZoeS

November 6 – Tehran, #Iran
Parts of the rug market on strike despite authorities resorting to threats.#IranProtests pic.twitter.com/HwOntKewMK

Sources indicate that the strikes had now spread to Roudsar in northern Iran and Saqez and Baneh in western Iran.

The merchants went on strike last on October 8th. That round of strikes spread to over 50 cities in 21 provinces.

Meanwhile, the fourth round of nationwide truck drivers’ strikes reached its sixth day on Tuesday. The most recent round of strikes began on November 1st after a call went out on social media urging the drivers to park their truck and strike. The truckers are protesting low pay and high prices for spare parts and replacement tires. They are also demanding the release of their colleagues who were arrested during the last round of strikes.

The MEK shared a number of videos of trucks parked in loading terminals as truckers joined the strike and refused to load cargo.

The state-run ILNA news agency reported on the strike on November 4th, writing: “Lack of truck tires, the emergence of the black market and dealers, and price instability have been some of the problems that the automotive market has faced in recent months.

“Truckers and heavy vehicle drivers are the first to suffer from this issue. All of this has led to the economic downturn and less food on the table for the people and as a result, some truckers have bought government tires and sold them in the free market, which has implications such as the use of worn-out tires and consequently, increased crash rates.”

Despite four rounds of strikes, Iran’s truck drivers have not been able to achieve their goals. During the last round of strikes, regime authorities arrested over 200 striking drivers and threatened to execute 17 of the arrested truckers. The arrests and threats of execution drew international condemnation from labor unions, including the International Transport Workers’ Federation (ITF)
and the Teamsters, who both wrote statements supporting the truck drivers and condemning the regime’s actions.